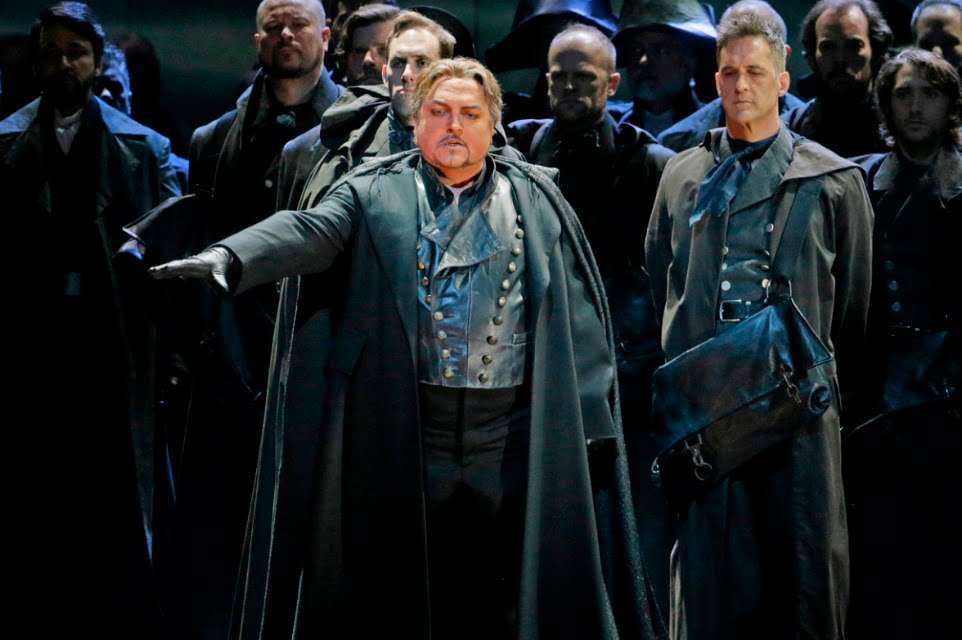 Bartlett Sher’s production of Verdi’s Otello opened the Metropolitan Opera’s 2015-16 season and is being given a brief run at season’s end with Ádám Fischer conducting and Hibla Gerzmava as Desdemona joining holdovers from the original cast – notably Aleksandrs Antonenko in the title-role and Željko Lučić as Iago. 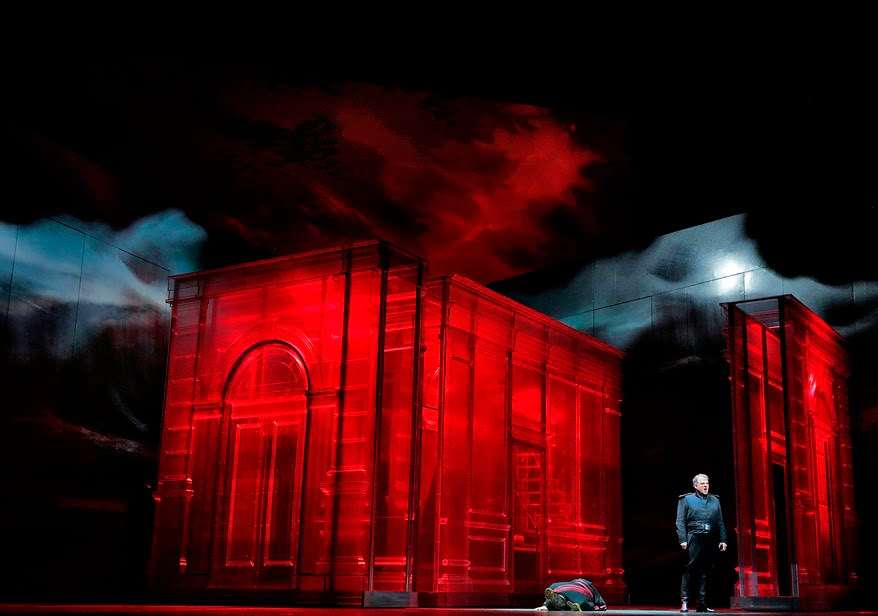 However, for this performance Francesco Anile sang Otello. During the final Act of the April 23 matinee Antonenko lost his voice. Anile was called upon with only a few minutes’ notice and sang from the side of the stage while Antonenko acted. With him still indisposed, Anile – now properly costumed – gave a creditable account as the tortured Otello. His voice rang out in his opening “Esultate!”, and elsewhere, yet was pleasingly lyrical in tender moments with Desdemona. Anile seemed right at home in the staging, despite the convoluted blocking that at times required him to weave in and out of huge and mobile translucent walls.

Much has been made about the decision not to present Otello in blackface makeup. That of course does not diminish the strength and splendor of Verdi’s music, but although the textual references to the Moor’s race remain intact, the effect is to remove a crucial element of the drama that is otherwise rather faithfully adhered to in Boito’s libretto. 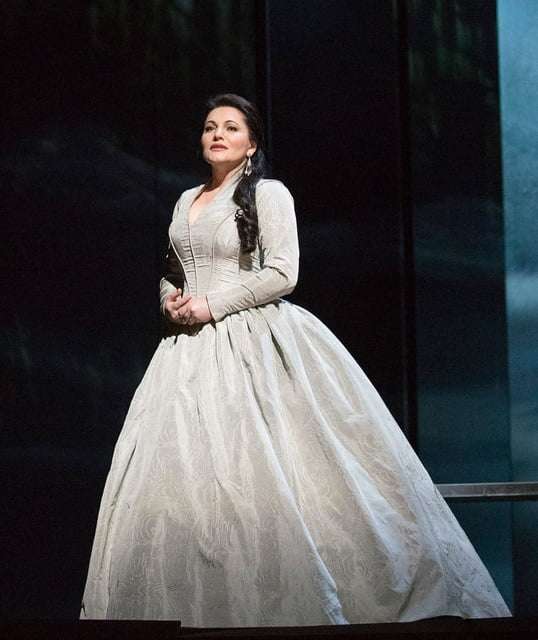 Gerzmava’s clarity and purity of tone was gorgeous in Desdemona’s Act One love-duet with Otello (further graced by an outstanding cello quartet and harp), and then in Act Four’s ‘Willow Song’ and ‘Ave Maria’ (with excellent English horn and double bass solos). Her voice was also more than powerful for the confrontations with her jealous husband. Alexey Dolgov brought a bright voice to Cassio and, as Lodovico, James Morris excelled in a role he first gave at the Met some forty years ago.

Ádám Fischer, conducting from memory, led a vivid realization of Verdi’s brilliant score, drawing explosive outbursts to accompany the huge wave-like projections and flashing lighting effects for the opening storm, and resonant brass chords to underscore other mighty moments. At the other extreme, the reprise of the baccio motif from Act One, which brings the opera to its conclusion, was softly invoked. The Met Chorus was notable in projecting many moods, and was joined by members of the Met Children’s Chorus to serenade Desdemona.