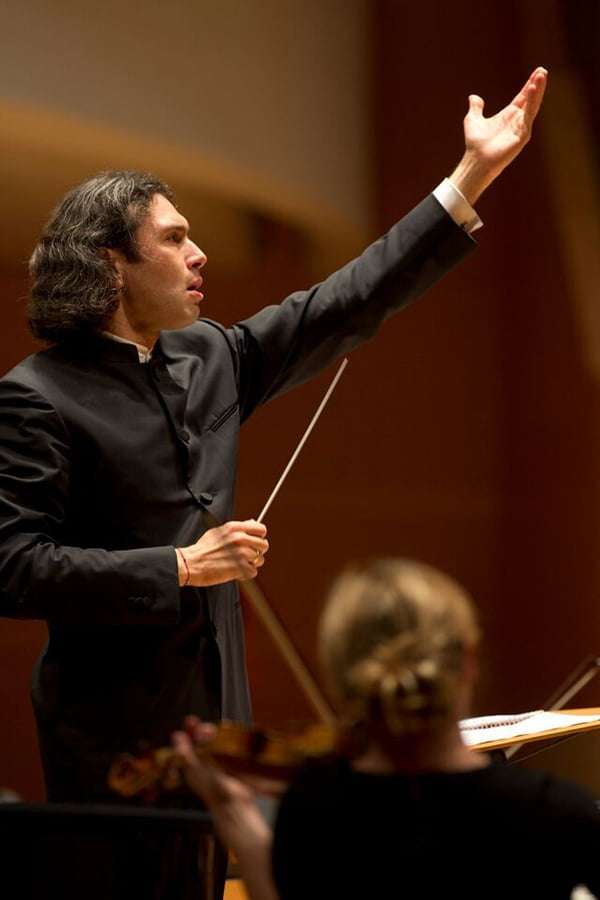 Neither Vladimir Jurowski nor the Royal College of Music have ever been shy of programming adventurous repertory. These two landmark neo-Baroque works, one a ‘French’ suite, the other an ‘Italian’ ballet, premiered in 1920 within four months of each other (in Vienna and Paris respectively), made for an evening of challenging discourse, more chamber exposed than symphonically homogeneous, the playing bar set high.

Jurowski’s view of Richard Strauss’s Le Bourgeois gentilhomme has long favoured clarity and precision, etched colours, and disciplined tuttis. On this occasion the slower, grander numbers survived best – particularly ‘Lully’s Minuet’ and ‘Cléonte’s Entry’. Intricately spun and faster textures ended up breathless and loose: possibly because some of his (multi-national) string-players, straining to keep up to his tempi, could have done with more coaching; possibly because his punctuation and phrase endings tended to be curt and short-winded.

The kind of risk and sensual indulgence I’ve heard him bring to this score with the Chamber Orchestra of Europe, the grace, elegance and old-world rubato Kempe used to find, the drama and rhythmic cut of a Leinsdorf, was all but absent. On balance this was a comparatively prosaic reading, in need of more confident delivery, bolder attack, and a wider dynamic span to take flight. A touch of swagger and bravado in ‘The Fencing Master’, the ‘Entry and Dance of the Tailors’, and the closing ‘Dinner’ tableau would not have gone amiss.

That said, several players made their mark – notably Yaroslava Trofymchuck (cello), Helena Jacklin (horn), Emily Harding (trumpet), and Jonathan Hollick (trombone). The woodwind section, too, contributed characterfully. The leader, though, Johannes Marmén, must have been having an off-night, few of his solos coming off with the panache, accuracy or tonal focus he would have wanted.

Stravinsky’s Pulcinella – a welcome opportunity to catch up with the complete “ballet avec chant” – found Jurowski striking a balance between Italian verve and Russian bite, interpretatively somewhat in the tradition of the composer’s own (brisk) 1965 recording. Fielding a largely different string section, the orchestra ideally caught the tension of the music’s repetitive rhythmic units, and made the most of its lyrical contrasts and terraced timbres. Dakota Martin (flute), Charlotte Evans (oboe – reminding us just how much John Williams’s ‘Hedwig’s Theme’ is a borrowed tune), and Jack Wilson (trumpet) all impressed. The woodwind and brass set-pieces displayed keenly-attuned ensemble, alert to nuance and articulation (some buoyant tonguing and slurring). The string concertino, aristocratically led by Lasma Taimina, gelled naturally, Philip Nelson (double bass) catching the imagination.

The three vocalists, from the RCM’s International Opera School, excelled, Katie Coventry’s glowingly poised voice – soaring without restriction, phrasing, diction and tonal beauty at a premium – proving a highlight of the evening. She brought an affecting, unfussy Baroque beauty to her three solos, ‘Se tu m’ami, se tu sospiri’ not least. The New Zealand baritone Kieran Rayner commanded in a quieter way, his mellifluous voice, pure and unadorned (‘Con queste paroline’, anticipating Orff), ringing out. A Cambridge astrophysics graduate, Peter Aisher blended and held his own with authority – though he needed time to settle his vibrato, and more agility would have come in useful in ‘Una te fa lanzemprece’ (18th-century ‘patter’ en route from Sullivan to Sondheim).

This Pulcinella, his players visibly shining in his presence, must have pleased Jurowski. Revelling in the delight and energy of Stravinsky’s fantasy, he sent the audience home with a whistle and a smile. The feel-good factor was palpable.