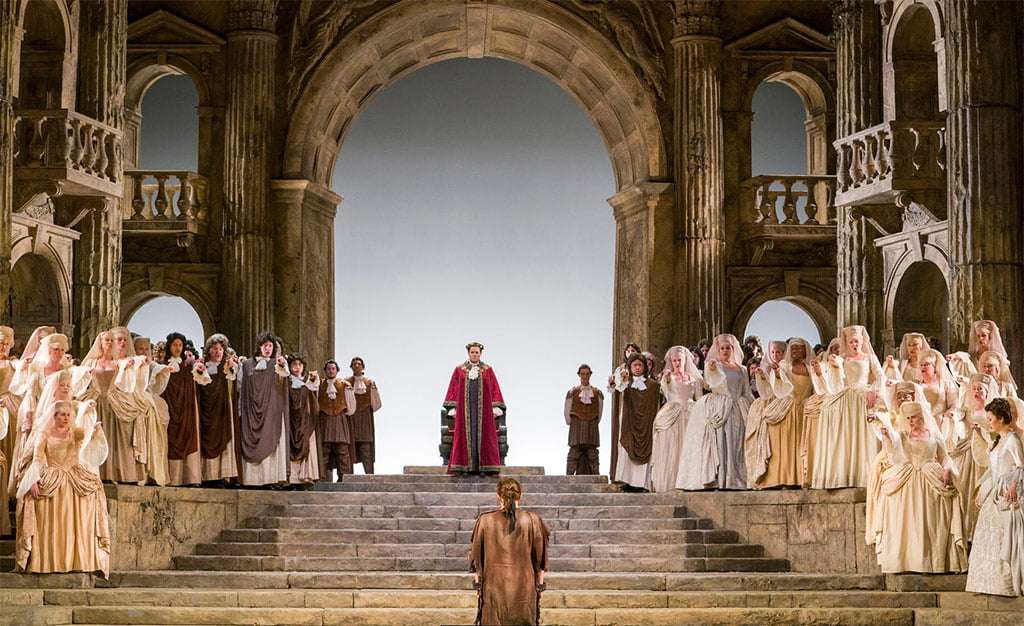 While it enjoyed popularity for a few decades after his death, Mozart’s final opera, La clemenza di Tito, commissioned in 1791 to celebrate the coronation of Emperor Leopold II as King of Bohemia in Prague, lay in neglect for about a century. Jean-Pierre Ponnelle’s production, first staged for Cologne in 1969 and recreated in this 1984 Metropolitan Opera staging (as it was by many other major companies during that decade) helped bring the work back into its own. This performance was the first in the Met’s sixth revival.

The plot is straightforward. The spurned princess, Vitellia, enlists her devoted lover, Sesto, in a scheme to assassinate his best friend, the Roman emperor, Tito. After surviving the attempt on his life, the benevolent Tito is inspired by Vitellia’s confession of guilt and ends up pardoning all conspirators. A secondary storyline, involving Annio, a young Roman nobleman, who is in love with Sesto’s sister, Servilia, adds nuance to the drama.

Though the story takes place in Rome in the year 80 AD, the setting is largely symbolic, serving mainly as a framework for exploring issues related to power, friendship and humanity. Ponnelle’s sleek and stately staging, now directed by Peter McClintock, preserves formality. The sumptuous design sets the piece at its time of composition and the eighteenth-century classicism has held up well. It is both efficient and attractive, its muted colors matching those of the elegant 1790s-style costumes. 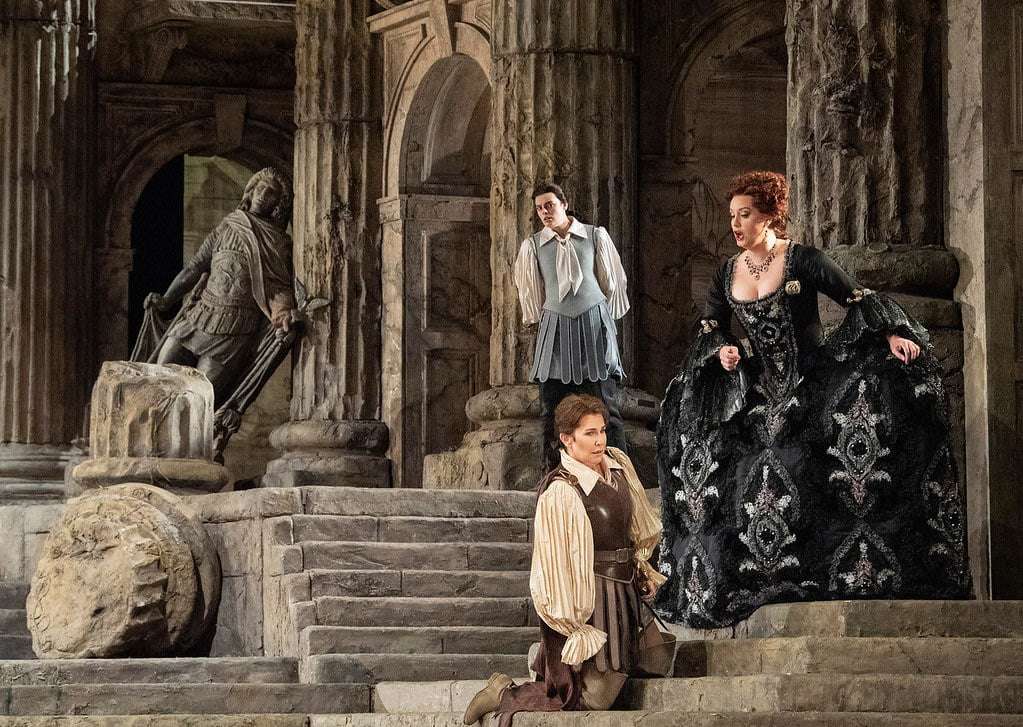 Mozart tests all six principals, and Lothar Koenigs elicits a superb performance from a well-balanced, alert and totally engaged cast. As Tito, Matthew Polenzani makes a brilliant impression, using his gorgeous lyric tenor to great vocal and dramatic effect. In the trouser-role of his friend Sesto, Joyce DiDonato displays brightness and sureness of technique and gives a thoroughly gripping portrayal – highly composed in Act One, then fraught with emotion. Their scenes together are convincing and moving.

The rest of the singers are all of the highest quality. As the manipulative Vitellia, Eliza van den Heever is dramatically flamboyant and vocally powerful. Emily D’Angelo is an agile and appealing Annio, Ying Fang a gleaming and sweet-voiced Servilia, and Christian Van Horn makes a suave and sturdy-sounding Publio, the Captain of the Praetorian who arrests Sesto. The highly disciplined Met Chorus sing resplendently.

Koenigs conducts with skill and affection, and the Orchestra responded with brisk and stylish playing; there are splendid contributions from the obbligato and continuo contingent.