Rossini
Semiramide – Tragic melodrama in two Acts to a libretto by Gaetano Rossi based on Voltaire’s Sémiramis [sung in Italian, with English Met Titles by J. D. McClatchy] 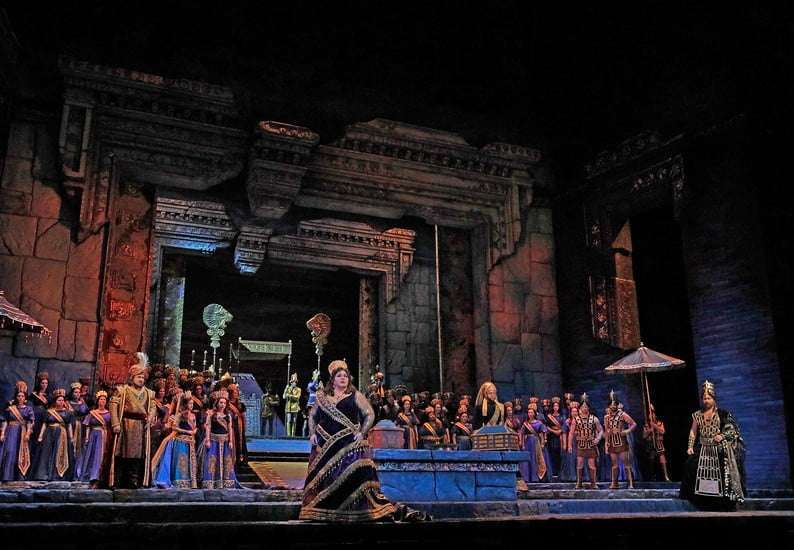 Premiered in Venice in 1823, and a popular vehicle for great voices throughout the nineteenth-century, Rossini’s Semiramide was all but forgotten through much of the twentieth. More than one-hundred years ago Metropolitan Opera presented a run of eight performances (with Nellie Melba in the title role), after which the work disappeared, reappearing only in 1990 when Lella Cuberli headlined John Copley’s current production. Copley’s staging is old-fashioned but spectacular, and this Semiramide offers much more than beautiful and fast singing, though there is plenty of that.

The highly dramatic tale concerns the legendary Babylonian Queen Semiramide who, with the help of Prince Assur (who hopes to win her hand and the succession to the throne), murders her husband, Nino, and plans to name the young Arsace, commander of her army, as her husband and the king. Unknown to Semiramide, Arsace is her son, and when the ghost of Nino demands revenge, Arsace attempts to kill Assur but accidentally kills his mother. The ending of this production adheres to Rossini’s original – segueing abruptly from Semiramide’s murder to a very grand and upbeat choral celebration of Arsace’s coronation. 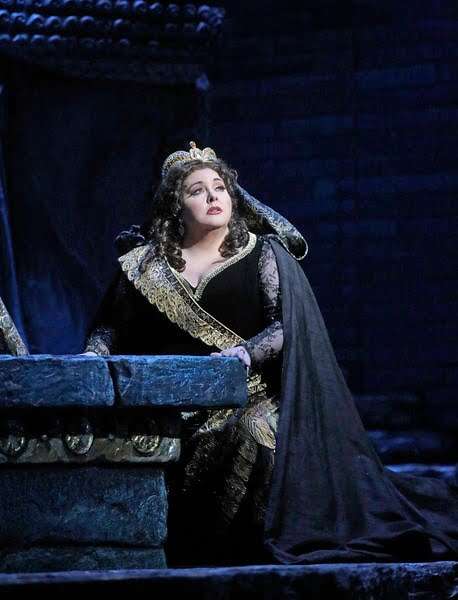 As Semiramide, Angela Meade gives an impressive account, using her voluminous soprano and fine coloratura to exquisite effect, and the showcase aria ‘Bel raggio lusinghier’ sparkles as she confidently scales its heights with expressive ease. Ildar Abdrazakov displays a rich, mellifluous bass and is fittingly forceful as the strutting Assur. Portraying Idreno, the Indian prince, Javier Camarena delivers his arias with matchless agility, a ringing tone, and awe-inspiring top notes. In the ‘trouser’ role of Arsace, Elizabeth DeShong is technically nimble and deploys a particularly smooth and velvety sound, while Ryan Speedo Green as Oroe (the high priest) is superbly grave and commanding. Other roles are also sung especially well.