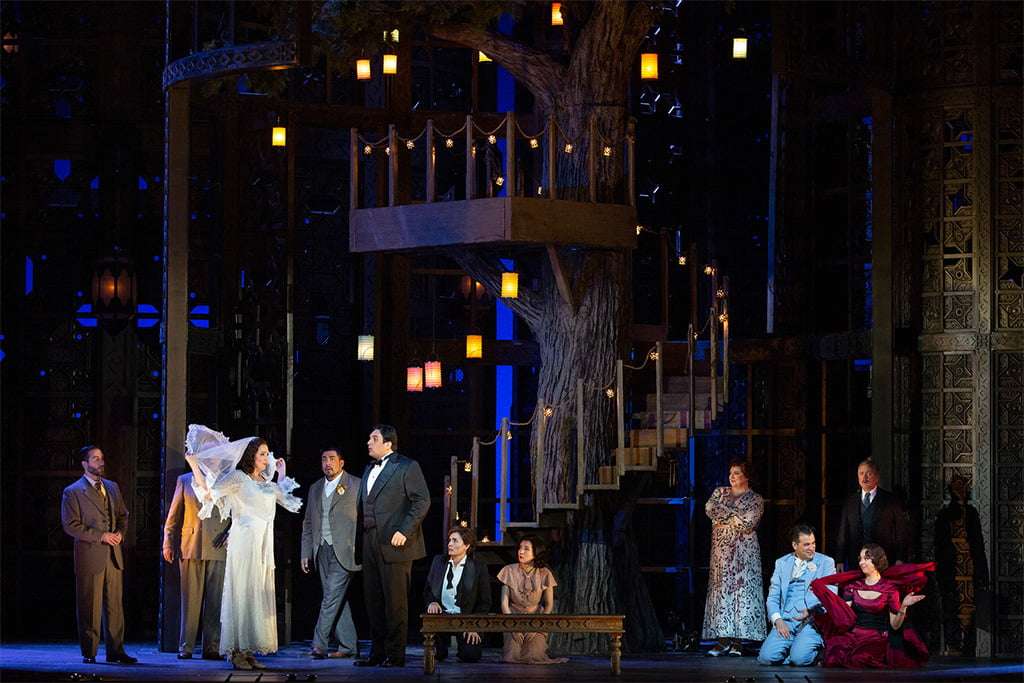 One of the greatest and most popular works in the operatic repertoire, Le nozze di Figaro is a multidimensional tour de force that encompasses a large and diverse range of dramatic elements – forceful social satire, fervent yearning, chaotic bedroom farce, poignant romance, heated revenge, persuasive moral sentiment and slapstick humor – and unifies them through Mozart’s miraculous music and Lorenzo Da Ponte’s luminous libretto. For this third Metropolitan Opera revival of Sir Richard Eyre’s 2014 production, stage director Jonathan Loy has chosen to de-emphasize the more serious undertones of the plot and highlight the madcap comic elements – disguises, masquerades, surprises, compromises and farcical situations – and let the opera play out as a fast-paced screwball comedy. The masterfully directed and performed result comes off as more comic than deeply moving, but dramatically consistent, tightly knit and totally charming.

The current run features a youthful and talented cast with two holdovers from the company’s 2017 performances having swapped major roles. Luca Pisaroni, who portrayed the Count that season, is Figaro, and Adam Plachetka, who sang Figaro, is the Count. Both bass-baritones have an extensive history singing Mozart and are equally at ease in the role reversal, each giving a valid and provocative characterization. Pisaroni is a dashing and unusually refined Figaro, offering a rich, smooth and colorful voice and acting with great conviction. Plachetka is a hefty, flexibly-voiced Count. His hot-headed, bordering-on-the-buffoonish portrayal contrasts sharply with Pisaroni’s more cool-headed (but still funny) take on the title character. Both men navigate Mozart’s scales with great precision and wonderful consistency of tone.

The three women at the top of the cast are all standouts, each in a different way. Nadine Sierra clearly revels in the role of Susanna. Her warm and winning portrayal of the household maid about to be married to the butler Figaro is alternately playful, brazen and deeply sincere. Her exchanges with her husband-to-be are among the more heartfelt moments of the performance, while her rather risqué seduction of the Count is one of the most comic. Her clear and shining soprano is most effective in ‘Deh, vieni, non tardar’ (Oh, come, don’t be late), the Act Four aria in which she teases the hidden but listening Figaro. 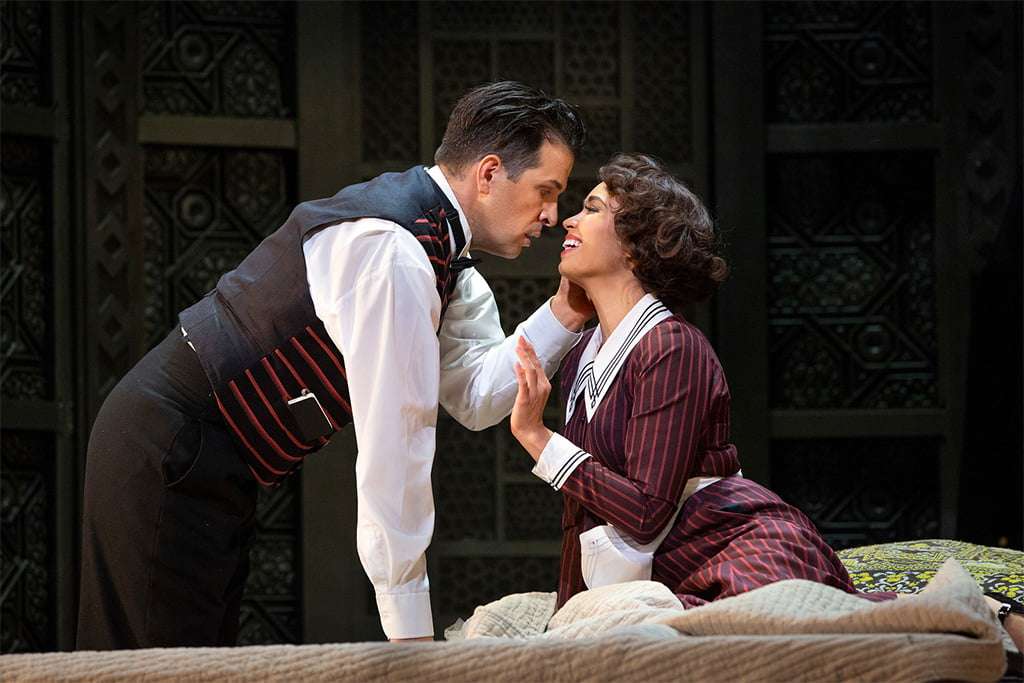 Susanna Phillips delivers a subdued and subtle portrayal of the Countess – delicate and compassionate, but also perceptive and shrewd. Her mellow soprano blends smoothly into the opera’s many ensembles, and she maintains a well-focused sound in her two emotion-laden arias – the Act Two ‘Porgi, amor, qualche ristoro’ (Grant, love, some comfort) where she laments her husband’s infidelity, and Act Three’s ‘Dove sono i bei momenti’ (Where are they, the beautiful moments) in which she ponders the loss of her happiness.

The biggest vocal surprise of the evening is the captivating performance of Gaëlle Arquez, making her company debut as Cherubino. Her lithe, vibrato-tinged mezzo-soprano – coupled with her attractive presence and superb sense of comic timing – completely engage the audience. Her Act One aria ‘Non so più cosa son’ (I do not know what I am) could not be more preciously rendered, and her account of the Act Two ‘Voi che sapete’ (You who know what love is) is perfectly ecstatic. 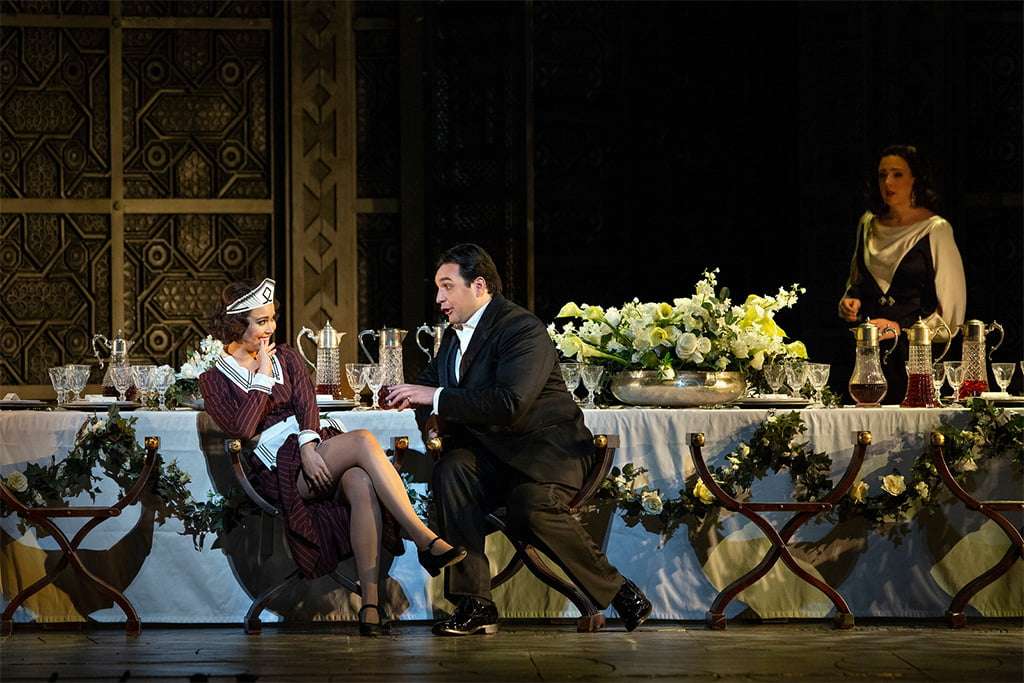 The supporting roles are also well-cast. Brindley Sherratt brings his resounding bass to the part of Dr. Bartolo, and Elizabeth Bishop makes effective use of her solid mezzo-soprano and fine comic instincts as Marcellina. Meigui Zhang, with her sunny soprano is a charming Barbarina, and as the distraught gardener Antonio, bass Paul Corona is delightful. Giuseppe Filianoti and Tony Stevenson lend attractive tenor voices and effective comic characterizations to the roles of Don Basilio and Don Curzio respectively.

Making his Met debut, conductor Anotonello Manacorda elicits a richly-varied and radiant – but sometimes less than ideally forceful – array of sounds from the orchestra. Together with the accomplished cast and chorus, the ensemble delivers a delightful and engaging performance. But while the singers and musicians all sing and play the music brilliantly, it is the extraordinary comic genius of Mozart’s work that is most impressive in this staging.