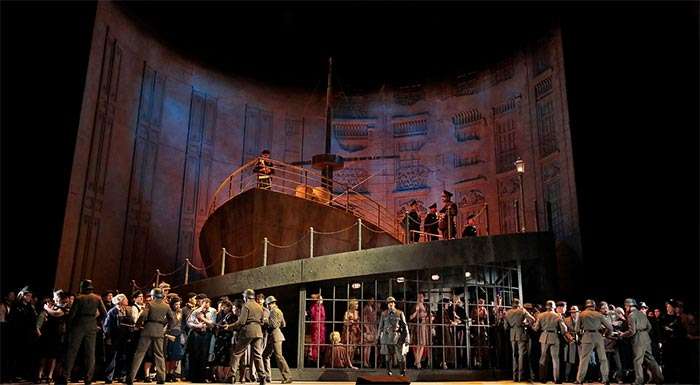 Although Giacomo Puccini had previously composed two operas it was only with the 1893 premiere of Manon Lescaut that the composer burst to prominence and indicating how his characteristic style would develop.

The orchestra, here that of the Metropolitan Opera on colorful form conducted with vibrancy by Marco Armiliato, plays a major role in telling the story. Each moment is imbued with passion and life, bringing great immediacy to this tale of fervent young love.

Kristine Opolais has become the favored interpreter of Puccini’s soprano roles at the Met. Opolais brings a sultry and lyrical timbre to Manon, but her vocal performance was inconsistent. Her middle voice was often round and creamy, but she sometimes struggled to be heard over the richly textured orchestration. Though some of her upper range showed signs of thinning, when it counted she capped arias with secure and expansive top notes. The title role requires an actress who can balance natural sensuality with youthful innocence, but Opolais’s portrayal put far too much emphasis on the former. 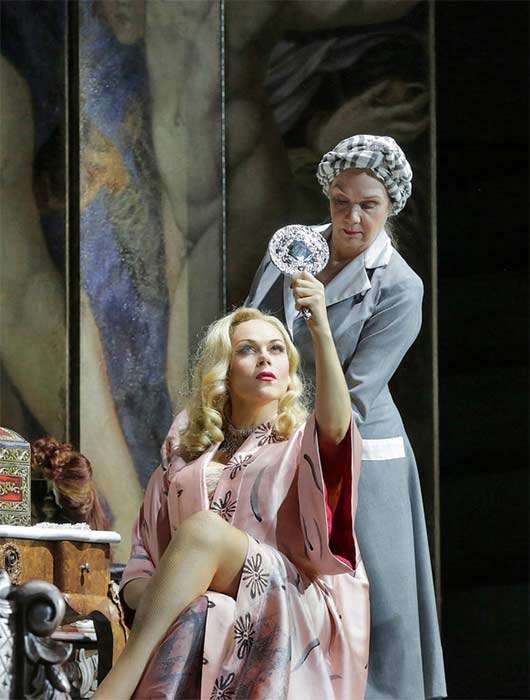 Marcelo Álvarez’s singing has become increasingly labored as he works to punch out high notes. Still, the tenor brought a bright and Italianate timbre to his rendition of the young romantic Des Grieux, even if his choppy phrasing contrasted with Puccini’s lyricism, and he relied heavily on histrionic gesture that sometimes reduced his Des Grieux into a caricature.

As Manon’s brother, Christopher Maltman sang with a robust and forceful tone, but he also managed to coax some sweet sound – especially in his brief arioso in Act Two. Brindley Sherratt brought a gruff bass as the scheming nobleman Geronte, and Zach Borichevsky, reprising the role in which he made his Met debut, delivered unflagging charisma and a refined tenor as the student Edmondo.

Richard Eyre’s updated staging of Manon Lescaut re-sets it to France during the German occupation of World War Two. With a drab but evocative set by Rob Howell and fetching costumes by Fotini Dimou, the production presents many beautiful images but they are more a string of attractive poses than an organic narrative. At times, the director’s concept does not entirely graft onto the source material, but Puccini’s masterful music radiated inviting warmth.