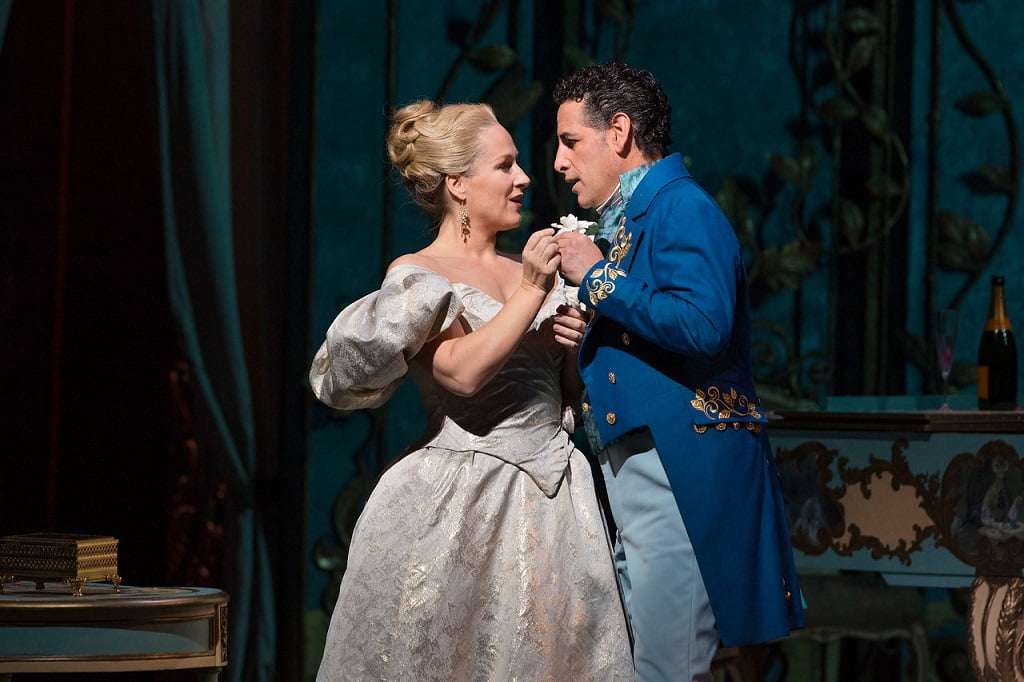 Michael Mayer’s production of La traviata is Yannick Nézet-Séguin’s first appearance as the Met’s music director. But it is not the first time he has conducted Verdi’s beloved opera. In March of 2013 he led the company in Willy Decker’s stark and contemporary staging with Diana Damrau. She again sings Violetta and it is also a reunion with Mayer. When Mayer’s Las Vegas-inspired Rigoletto premiered at the Met, Damrau sang the role of Gilda. In contrast to that “Rat Pack” 1960s-era staging, Mayer’s La traviata offers a more traditional take, setting the tragic love story in mid-nineteenth-century Paris, as it was written.

This production is set within the confines of a single room – a gorgeous and colorful circular space with tall, elegantly-draped windows, ornate ceilings, and walls decorated with gold filigree. The set reflects the lavish excess of Violetta’s lifestyle, an effect heightened by highly colorful and extravagantly ornate costumes. 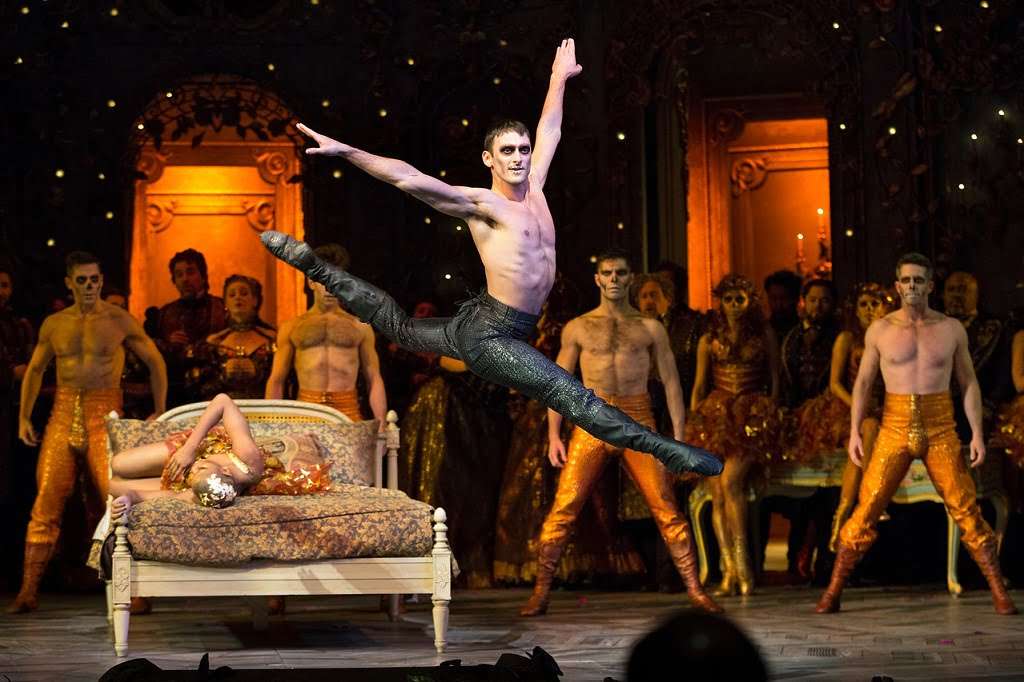 As other directors have done, Mayer tells Violetta’s story in flashback, staging the Prelude as her death scene and presenting the narrative as a fever-dream in which she relives the highlights of her love-affair with Alfredo. Her deathbed remains visible throughout and serves multiple purposes, most notably as a kind of memento mori. The production is bold, beautiful, and exceptionally well-acted and directed.

The story focuses on the final year of the courtesan Violetta’s short life, as she struggles to find true happiness with Alfredo in the face of deathly illness, societal oppressiveness and financial ruin. As the intrigue unfolds, the look of the room in which the action is placed changes, with the aid of subtle but efficient lighting effects, to evoke the different seasons and mirror the heroine’s blossoming love and her eventual decline and death. 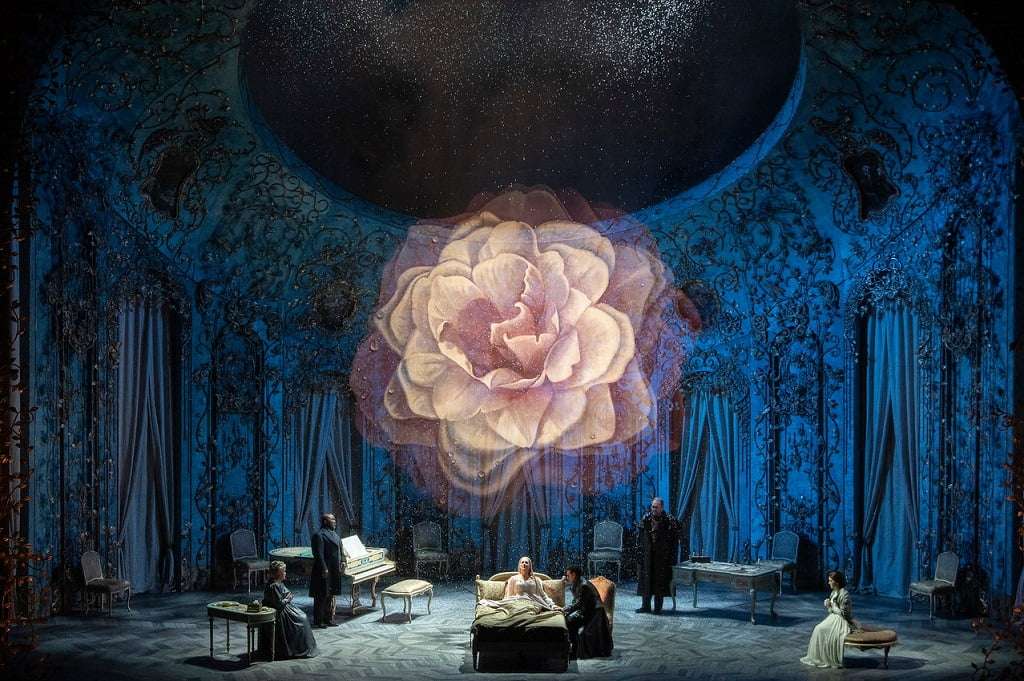 Damrau is a superb Violetta, successfully conveying her character’s deepest emotions through expressive facial expressions, excellent acting, and above all, her rich and vibrantly shaded soprano. As an attractively youthful and eager Alfredo, Juan Diego Flórez gives a gorgeous performance with winning lyricism and sincerity, but effectively displaying vehemence in moments of intense jealousy. Quinn Kelsey is a fine and forthright Germont, his powerful baritone full of authority and dramatic conviction. The smaller roles are well taken, but the emotional thrust of the central scene between Violetta and Germont, although rendered with exceptional tenderness and refinement, is slightly lessened by a gratuitous directorial touch: having a silent actor, playing Germont’s daughter, appear alongside him.

Nézet-Séguin leads a superbly paced, exceptionally fine rendition of Verdi’s exquisite score, the playing distinguished by extraordinary polish and grace, and he keeps tension at the highest level, allowing the singers to be as expressive as possible.