The New Professionals put on a most attractive programme in the imposing dark-wood, chandelier-lit and organ-graced Great Hall of University College School, which was festooned with colourful banners that seemed to celebrate the various UCS Book Festivals. (A shame about the noisy air-conditioning though!) 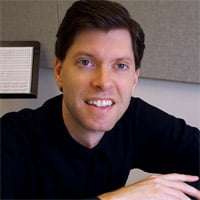 The New Professionals is “comprised of the most distinguished young artists at the start of their careers”. These talented, pulling-together players began with Pierre Jalbert’s Chamber Symphony, which proved overlong (at nearly half-an-hour) and intermittently interesting. Scored for strings, wind, brass and percussion, the chamber forces yield nothing to full colour. The piece itself, in three movements, initially delights in bright, West-Coast timbres, with more than a nod to John Adams; the music (‘Joyous, ecstatic’) is motoric, exuberant and slinky, but it is a little while – too long – until some emotional engagement and a sense of development is evident. The middle movement (‘Ethereal, suspended’) offers chilly, then warmer sounds – Irving Fine and Randall Thompson came to mind – yet for all the sensitive playing (particularly from the strings) the movement is protracted and outstayed its welcome; furthermore, one became further aware of a composer too evidently breathing the musical air around him and taking too-familiar sounds (bowed percussion, for example).

Although these opening movements have much that is likeable, one is conscious of audience-friendly writing that lacks distinctiveness – and the feeling that a two-movement (attached) piece (shortened) could be a greater success was confirmed given the finale’s paucity of ideas, if not gestures, and further weakened by oodles of percussion. A grandstand finish is well worked-up though, and if one doubted the work overall, the performance – given in the presence of the composer on his 40th-birthday – was terrifically committed and spot-on. 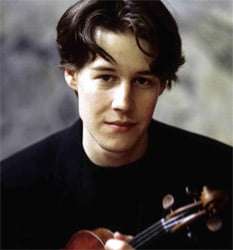 Samuel Barber’s wonderfully melodic Violin Concerto, an ingrained masterpiece, needs a carefree but deeply sensitive soloist. Thomas Gould played the piece more with affection and certainly didn’t indulge, but he hasn’t yet found the core of the music and was inclined to apply too much vibrato: Barber isn’t as insistent as this. The short, virtuosic finale went best, a tempo that allowed articulation and inflection. Once the horns had agreed on tuning, the orchestral accompaniment was lively and co-ordinated, maybe just a little self-conscious at times, but Helen Barker’s oboe solo to launch the second movement was pure poetry. (A measure of the co-operative nature of The New Professionals is that Danny Driver, the excellent concert pianist and husband of Rebecca Miller, took the orchestral parts in the Jalbert and Barber.)

As an unexpected and unlikely encore, Gould, together with Simon Kodurand (the leader of The New Professionals), played ‘The Birth of Apollo’ from Stravinsky’s ballet; and nicely done, too, with a more Classical demeanour that would have benefited Barber; and how distinctively different the two musicians were.

Brahms’s Second Symphony received a most impressive performance. Rebecca Miller is a stylish and painterly conductor who invested much characterisation and devotion into this account, so much so that, for once, the repeat of the first-movement exposition seemed unwelcome – ripe enough to go straight into the development – although this was not (in fact) a literal repeat. There was fine sweep here, and repose, too, cohesive and vibrant, with superbly confident horn solos from David Oxley, brass finely integrated and well-poised woodwind solos. The Adagio had purpose, and shape, the third movement elegance, and if the finale was a little harried at times, and too reflective at others, the coda opened up to a shot of adrenaline and almost toppled over!

A performance that leaves one excited to hear The New Professionals and Rebecca Miller again. That will be on 21 February – Mozart, Stravinsky and Wagner – once again in The Great Hall.