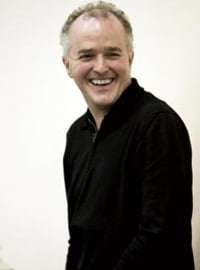 The aims and ambitions of the New Queen’s Hall Orchestra are set out on its website with admirable clarity. The patronage afforded the Orchestra by HRH The Duchess of Cornwall can only add to its standing and attraction. We need to hear the NQHO more often, to redress the balance (sometimes literally) with the ‘modern’ symphony orchestra. The NQHO offers a window on the past for the present.

But it is the future that is the most important, a need to build and communicate ‘the message’ further. This was a fundraising concert held in the presence of The Duchess of Cornwall in the impressive (and acoustically excellent) surroundings of the State Rooms. Paul Murphy conducted unobtrusively (and was a genial compere), allowing the musicians a certain freedom that was gratefully reciprocated in playing that came from within and interacted rather than being imposed from outside.

The ‘older’ wind instruments (not heard enough on this evening in a programme mostly ‘for strings’) and the use of gut for these instruments began the concert with a perfectly paced ‘Arrival of the Queen of Sheba’, unforced, luminous-sounding, oboes chirruping away. That (welcome) lack of steely brightness also made ‘Air on the G string’ (not quite as Bach conceived it!) soulful and transporting.

There followed two love-letters in musical form, one from Mahler to Alma, the other from Elgar to his fiancée; again the strings issued warmth and feeling, the Elgar given an extemporised touch but with blood pumping, the Mahler flowing (with portamento, another yesteryear touch) at a tempo (and timing, 7 minutes) that Willem Mengelberg (one of Mahler’s disciples) espoused in a recording now many decades old, an approach that the NQHO revives to convincing effect, straightforward and unaffected, yet sympathetic.

If not necessarily better, the NQHO is refreshingly different – to us – for the timbres and techniques on aural view were known to a whole range of great composers and have been lost. There was some roughness on this occasion – in terms of unanimity and intonation (these things happen and are not feared by these players) but some discrepancy in tuning across the string sections was a little concerning, especially in the Britten; even so, the character of each movement was well caught, especially the innermost feelings of ‘Sentimental sarabande’, and the ‘Frolicsome finale’ buzzed with enthusiasm. Sir Roger de Coverley, by Frank Bridge (Britten’s teacher), ended the concert with graphic interplay and dry wit, violas (Bridge’s instrument) breaking through with ‘Auld Lang Syne’ – how appropriate, for “old acquaintance” is not being forgotten, and the reprise of the Elgar wasn’t a carbon-copy, this time freer and more yearning.

I recommend the NQHO’s revealing recording of Brahms’s Second Symphony, available generally and through the Orchestra’s website.