Asphodel Meadows – Ballet in one Act to choreography by Liam Scarlett 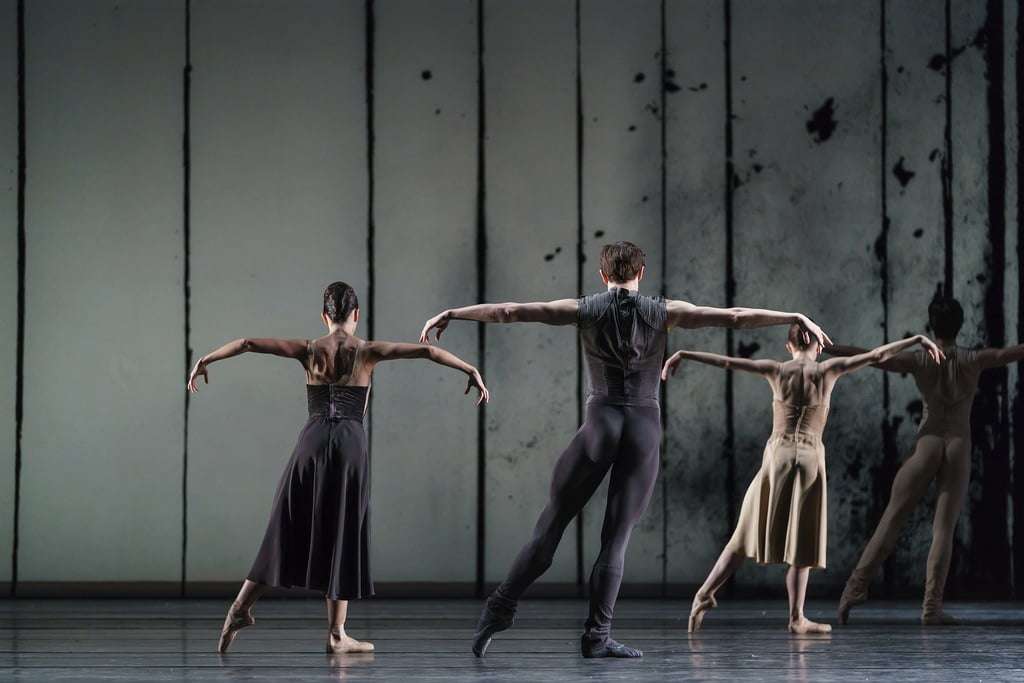 Yet again, The Royal Ballet management has succeeded in placing works alongside each other which really don’t go. Quite why anyone thought that preceding Frederick Ashton’s delightful romantic The Two Pigeons with Liam Scarlett’s cool and sombre Asphodel Meadows is anyone’s guess. Despite the latter’s qualities (of which more anon) there is a whole list of ballets which would have worked better in its stead: one of Ashton’s other one-acters, from Rhapsody to Scènes de ballet or something really clever, like Bronislava Nijinska’s Les Biches (she was one of Ashton’s formative influences as a choreographer and the work has been criminally neglected by the company for many years now). But no, we get two ballets which say nothing to each other and whose only link is the fact that the composers of their scores were French.

Asphodel Meadows was the work with which in 2010 Scarlett announced himself on the main Covent Garden stage. In revival, it remains a confident and fluent work, showing a clear ability to marshal twenty dancers and a talent with their disposition. The title refers to the mythological underworld where ordinary people were said to go, but the ballet is essentially an abstract concept with only fleeting hints at that underlying narrative, conventionally split up into the three movements of Poulenc’s two-piano concerto with a different couple leading the corp in each. 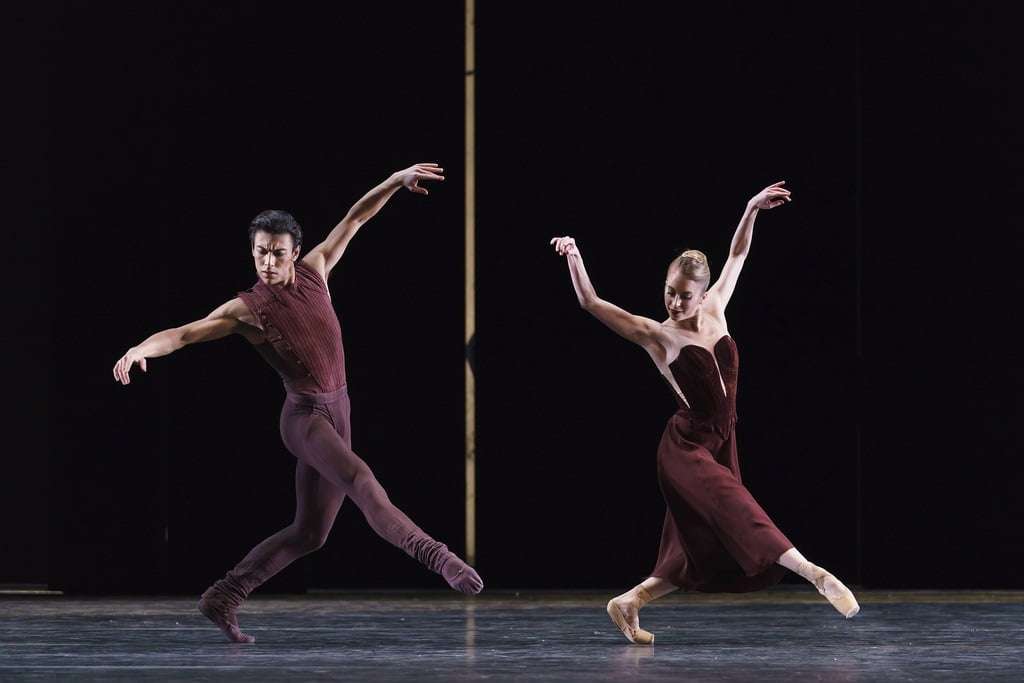 It was apparent in this revival that, for all its positive aspects, this ballet is often at odds with its music, Poulenc’s playful wit, bold sassiness and daring bravura rarely finding counterpoint in the choreography which, impressive as it often is, rarely rises above slick neo-classicism. The over-complicated partnering and lifts we all now recognise as a Scarlett trait are already present in Asphodel Meadows – all too often the women as hoiked aloft, curled and manipulated to little overall effect. The ballet is at is most successful in the central movement where music and dance are most in synch, and it certainly helped having the luminous presence of Laura Morera at its centre.

Morera has, in recent weeks, given performances of exquisite quality, from the crystalline perfection of her Sugar Plum Fairy to the psychological truths of her Masha in Winter Dreams, and now this appearance in Asphodel Meadows followed, after the interval, by a peerless Gypsy Girl in The Two Pigeons. She is a precious performer. She was more than ably partnered by William Bracewell, a young soloist recently transferred from Birmingham Royal Ballet and making his mark; he has a pure line and a strong, uncluttered technique which make him an impressive presence on the Covent Garden stage. All praise to Kate Shipway and Robert Clark whose piano playing was full of tang and zest, and Barry Wordsworth who led a commendably engaged Opera House orchestra in a fine performance. 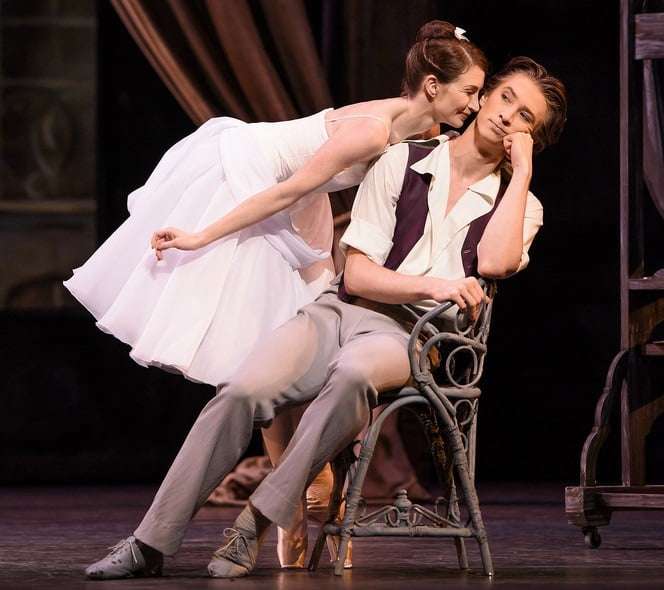 Wordsworth and his players also deserve much praise for their superb delivery of John Lancheberry’s shortened version of André Messager’s sparkling score for The Two Pigeons – it underpinned a truly excellent ballet performance which saw Ashton’s simple-looking but tricky-to-perform ballet come to vibrant life. Christopher Carr, long-serving ballet master and fount of Ashtonian wisdom and knowledge has revived his own staging, and the myriad of detail closely observed is a tribute to his devotion to and passion for the choreographic output of a true master.

Rolls-Royce casting for opening night brought Lauren Cuthbertson’s delicious Young Girl – she dances with melting pliancy and portrays a loveable, exasperating innocent whose paramour is lured away by the sex siren that is the Gypsy Girl. Vadim Muntagirov returned to the role of The Young Man, dancing as ever with silky bravura, but bringing new-found acting talent and characterisation. He partners with precision and decorum and always looks as if he really enjoys dancing – the combination of Muntagirov and Cuthbertson is particularly felicitous in this ballet. Morera gave a masterclass in Ashton dancing as the Gypsy Girl, bringing lightning speed, profound musicality and upper-body pliancy in a performance of the highest quality while Luca Acri spun like a top as the Gypsy Boy in Act Two. Throughout, the company was in sparkling form, with farouche gypsies careering around the stage in whirls of movement. 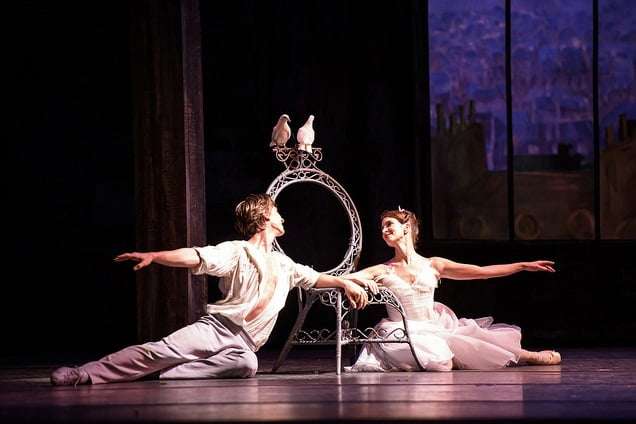 In a matinée performance the next day, Beatriz Stix-Brunell was The Young Girl, and proved that the high-quality coaching that has gone into this revival has been afforded to all. Her characterisation made her a little more headstrong perhaps than Cuthbertson while her ‘dance-off’ with Claire Calvert’s smouldering Gypsy Girl was a comic highlight. She also brought touching melancholic lyricism to her movements as she realised that she was losing Reece Clarke’s dashing Young Man. Clarke, another rising male dancer in the company, is tall and imposing, and he tailored his interpretation to his size, bringing an open simplicity to his movements and partnering Stix-Brunell with strength.

Often, the sight of another cast after opening night can indicate the underlying strength of a ballet company, so it is more than pleasing to report that the matinée audience, while not getting company stars, certainly got Ashton’s The Two Pigeons in all its glory. Would that it had been preceded by another ballet, though.