Chorus of the Royal Opera House 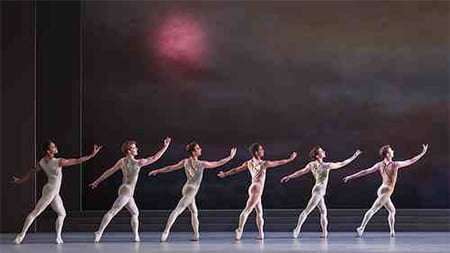 I do not remember a better performance of Rhapsody. Frederick Ashton’s birthday present to Queen Elizabeth, The Queen Mother back in 1980 has stood the test of time, the old master filling the work with dancing of the highest quality. Fearsomely brilliant was Steven McRae, whose technical ability is astounding and to which he now allies a razor-sharp musicality. Additionally, he affects the stern-face of the ballet virtuoso with a grandeur and an hauteur which make his interpretation all the more winning. He is fortunate to have Laura Morera, the quicksilver principal who has a natural affinity with Ashton’s movement, as his partner. She too possesses a subtle and intelligent musicality and is generous in her torso and upper body. Together, they set this work alight. Praise to the twelve soloists who are ‘nearly there’ in terms of the requisite style. A fine musical performance from the orchestra and piano soloist Robert Clark, too. 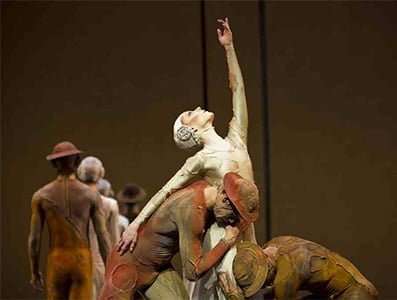 Kenneth MacMillan’s Gloria dates from the same year as Rhapsody, and has also stood the test of time. MacMillan uses Poulenc’s Gloria as a springboard for an elegiac work on the theme of the First World War. Anthony Klunder’s sets and costumes remain ever-effective. Sarah Lamb has now found the inner calm and stillness needed for the lead female role, a sort of spirit, although we never know if the revenants from the trenches are her memories or she theirs. Lamb moves with ethereal grace, and is ably partnered by Thiago Soares. Carlos Acosta is very familiar with the main ‘everyman’ part, left alone on the stage after the corps and soloists have returned to trenches, and dances well enough, but does not find the tortured quality that Edward Watson brought in following matinée performance, nor indeed, his hyper-flexibility. Meaghan Grace Hinkis impressed greatly in the ‘second’ female part, moving with great speed and attack. Dusica Bijelic was an expressive soprano soloist.

This leaves Tetractys – the Art of Fugue, the new work by Wayne McGregor. It is a hollow work, devoid of soul, warmth or meaning and an exercise in vanity. McGregor sets himself against Bach and loses, even a Bach drearily and flabbily orchestrated by Michael Berkeley. The selection from The Art of Fugue does not hang together particularly well and the seven sections meander somewhat aimlessly until the work abruptly stops, like Bach’s. McGregor, as ever, cherry-picks from the company, and many faces are familiar indeed as regular collaborators, and he has neither created a movement style nor a dramatic sense that are recognisably the whole company’s; he has merely produced several works so far. 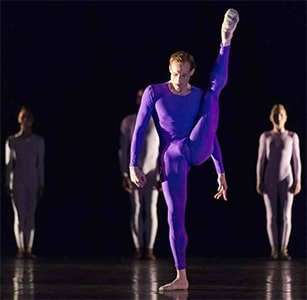 Tetractys purports to be born from the mathematical beauties of Bach’s composition, and designer Tauba Auerbach has created for the most part candy-bright body stockings for the dancers and a series of neon hanging structures which light up very prettily. These are meant to represent glyphs whose shapes and patterns are taken from Bach’s musical forms. Alas, nothing can take attention away from McGregor’s repetitive, stop-start movements which communicate little, if anything; devoid of meaning or emotion, they are not even beautiful, although the twitches and lunges which have characterised his previous choreography for the company are somewhat toned down. Natalia Osipova was striking in her movement by virtue of its sheer quality and Paul Kay shows again both his impressive artistry and his affinity with McGregor – it seems that when the choreographer is creating movement for him, it acquires a far greater interest than that for others.

Tetractys has been very costly, so, given its hollowness and very limited impact, one cannot help but think that the money could have been spent to greater effect of other ballets. As the central work on this triple bill, it is weak, all the more so given the exceptional quality of both other ballets which date from nearly 35 years ago, works of true masters of the art form.