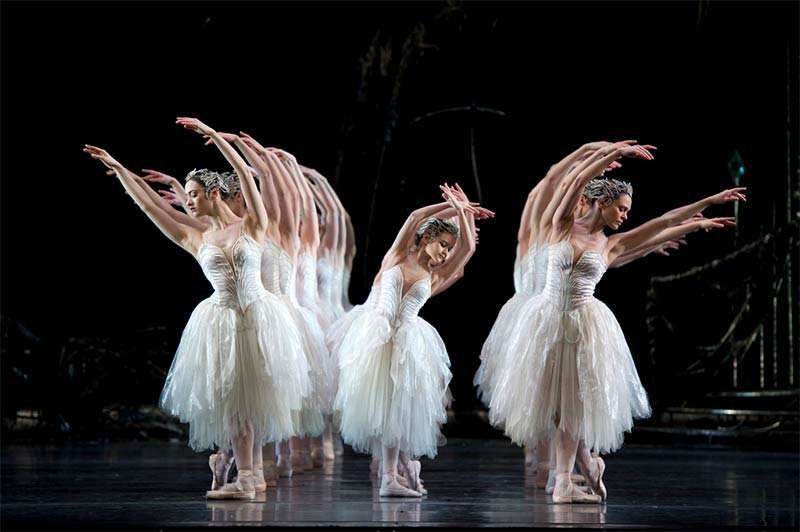 Another year, another Swan Lake and another outing for Anthony Dowell’s 1987 production with its now-outdated designs. A new production is mooted for the near future and one fears that in a keenness to be rid of these fussy, overblown designs the choreographic text, which is notable, will also be jettisoned. The Royal Ballet has a noble tradition of performing Swan Lake and continues to serve as a repository for some of the most authentic versions of several ballets – anything to diminish that would be a tantamount to artistic vandalism.

Not that this performance lacked anything in interest – it was the role-debut in this production of the Swan Queen – here the diminutive Evgenia Obratsova, a Guest Artist from the Bolshoi Ballet who is regularly paired with Steven McRae, the hugely talented permanent Principal whose partner must be chosen with care owning to his relatively small stature. They work extremely well together, as we saw in Carlos Acosta’s Don Quixote earlier this season, and on the evidence of this performance their partnership is both fulfilling and productive. Obratsova makes for a delightful Odette, bringing all her Saint Petersburg training to bear in a noble carriage and a simple, unadorned approach to the choreography. Her arms are simply beautiful, her back expressive and all movement fully integrated throughout the body, leading to phrases of crystalline clarity. She is most certainly a Swan Queen. Her characterisation is somewhat muted; she relies on the pure eloquence of her movement, but it is also good to see Odette use her eyes to communicate emotion. Her Black Act Three Odile is far less satisfying – Obratsova is the exact opposite of a showy dancer, so the flashy seductiveness of the imposter Odile is not natural to her. Technically she is in command of the pyrotechnics without exulting in their brashness; again her characterisation could be developed further to bring an even greater contrast between the two roles. 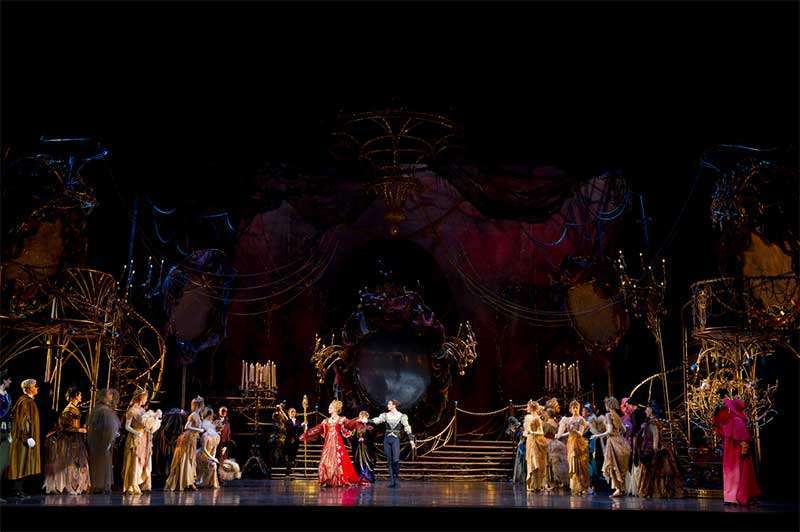 McRae has matured considerably as an artist and wisely opted for clarity and a non-showy quality in his dancing. He partners Obratsova well and presents his ballerina with elegance but as Prince Siegfried he misses the inner melancholy, the tragic aura that surrounds the character. This is difficult to achieve in Dowell’s production, which is short on tragedy and long on showiness, but McRae cannot mask his sunny, boy-next-door personality which is perfect for demi-caractère parts such as Don Q’s Basilio or La Fille mal gardée’s Colas but less so for a Swan Lake’s danseur noble Siegfried. In short it is all a question of metier, the apportioning of roles according to physical and personality type; in today’s egalitarian society, it is difficult to refuse casting to a principal on such grounds, even if such distinctions exist for a reason.

The cast assembled around this lead couple were nearly all shorter of stature, which made for an evening of pleasing proportions. It was not all particularly even, however, so whereas Ricardo Cervera led a punchy Act Three ‘Czárdás’, the Spanish Dance was flabby and went for very little. Paul Kay again distinguished himself in the Neapolitan Dance whereas his partner proved herself less comfortable with the filigree steps that Ashton conceived. The Act One Petipa pas de trois was something of a bumpy ride with distinct variance of musicality apparent among the three dancers. The corps de ballet were well drilled, although a long way from the uniformity of the Mariinsky or Paris troupes – they would look better in traditional tutus rather than Sonnabend’s rag-effect skirts. This general unevenness was echoed in the pit where conductor Boris Gruzin pulled and pushed tempos around; thus the opening musical introduction was at first painfully slow and several solos dragged dangerously, whereas some ensemble pieces were taken at a good lick. The Orchestra sounded coarse with the notable exception of Vasko Vasiliev’s exceptional violin solos.