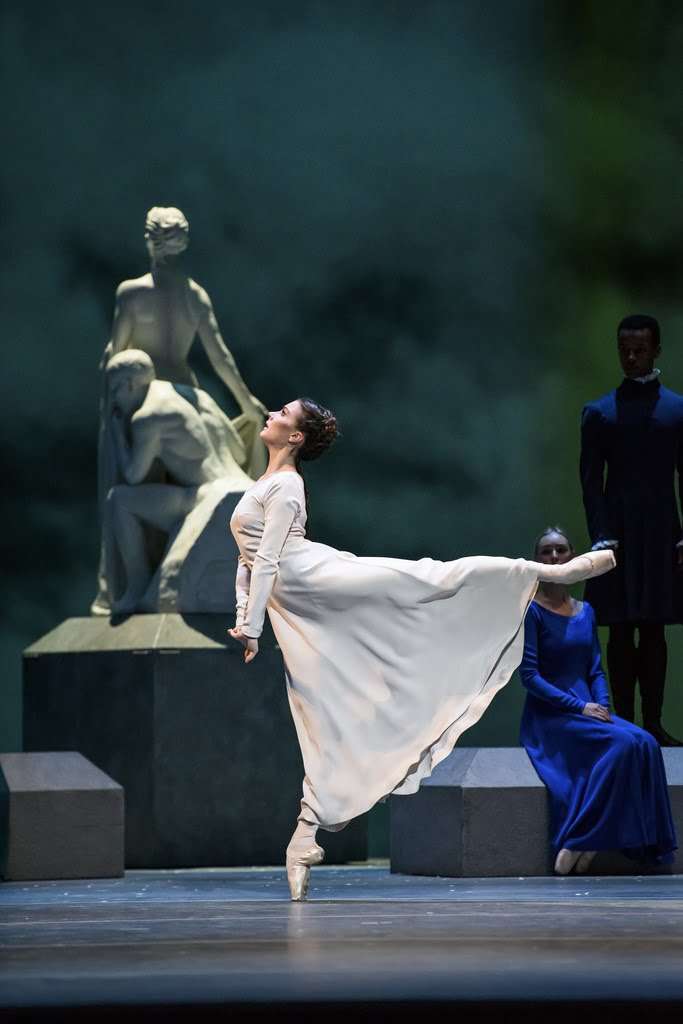 ”If you say it often enough, then it must be true”. Following this dubious maxim, The Royal Ballet insists that Christopher Wheeldon’s The Winter’s Tale is a “modern classic”, that it is already, since its premiere in 2014, a cornerstone of the repertoire. Certainly, it has been revived several times since then by a determined management, always with a fanfare about how this is a truly 21st century ballet. In reality, the jury is still out.

It has enormous strengths, Wheeldon drawing on his experience of the great narrative ballets of the nineteenth and twentieth centuries, most specifically in the particular legacy of previous choreographers of The Royal Ballet. He has taken a ‘problem’ Shakespeare play and created an admirably clear storyline, artfully cutting or condensing to maintain a degree of flow. He is also a fine choreographer, in demand the world over, and not only for his coffer-filling, kiddie-pleasing show Alice. He knows how to deploy a full company on a large stage (not a given), and has a good scenic eye which, when placed in designs as successful as those by Bob Crowley, Natasha Katz, Daniel Brodie and Basil Twist, makes for a satisfying stage picture at all times. This is, if nothing, a handsome production.

Let it be said that the dancers of The Royal Ballet serve him and this work as well as can be wished – this is a lively ensemble brimming with talent, and one of Wheeldon’s plus points is that he provides many parts in which several dancers can shine during the course of an evening. Ryoichi Hirano scored something of a personal success in assuming the part of Leontes (replacing Edward Watson, the role’s creator), his noble line effectively contorted by unreasonable suspicion about his wife, Hermione’s fidelity, his mounting anguish, anger and subsequent remorse careful portrayed. Lauren Cuthbertson repeats her noble Hermione, a paragon of wronged virtue and dancing with marmoreal elegance. 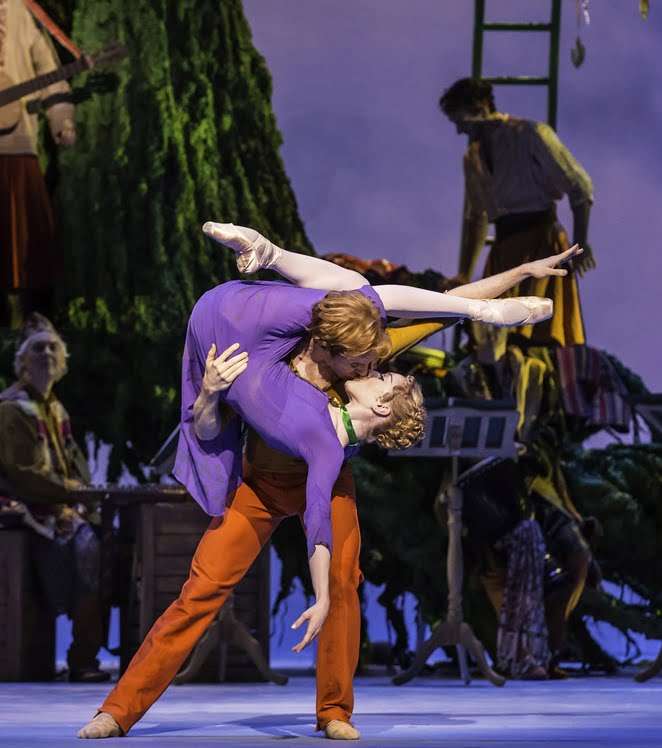 Laura Morera, as a Lilac fairy-like Paulina, is nothing short of sensational – her ingrained musicality everywhere apparent, every step and gesture given due weight and importance in a portrayal of tender justice. Superb dancing from Marcelino Sambé, returned from injury, and fair tearing up the stage in the comic role of Brother Clown while in another substitution, Vadim Muntagirov dons Florizel’s orange trousers and provides, as ever, an object lesson in utterly pure dancing – it seems he is incapable of making a move, of taking a step that is not intrinsically beautiful. All praise too to Alondra de la Perra, the Mexican conductor, making her mark with Joby Talbot’s busy score and set unusually high in the orchestra pit and clearly enjoying the applause.

But, this ballet’s strengths are counterbalanced by its weaknesses. It is over-drawn out – given the effectiveness of some of the scenes of acts I and III, one could almost have wished for greater condensation of the narrative into one, intense act rather than settling for the sprawl of three. Indeed, the central ‘Bohemian’ section, all lightness, light and jollity (until its very end) moves things on not a jot, and becomes a half hour divertissement, set for all the world in a Macedonian hippie commune. When Wheeldon plumbs emotional depths, this ballet is effective – the role of Paulina and scenes which include her bring much-needed weight and meaning – while others are dangerously thin and feel suspiciously like padding. What is missing are pas de deux which take flight in great choreographic sweeps – Wheeldon creates dance which, while fluent enough, comprises gobbets of steps, gesture (a few too many incomprehensible arm and hand movements) and often over-complicated lifts which all stop and start and never seem quite to join. Joby Talbot’s scorr remains this work’s greatest weakness, however enthusiastically played (and amplified). It too never breaks into a ‘big tune’, the rhythmically heavy score seemingly a stitching together of hundreds of introductions which never get to the main theme. It is busy and insistent, liberal in its use of percussion of all persuasions but does not underpin, complement or even enhance the choreography in the manner of the great ballet composers and their scores.

With dancers of the quality of the present Royal Ballet ensemble, and in its superb setting, The Winter’s Tale works well. Whether that is enough to make it a ‘modern classic’ is a different question.