Monteverdi
The Return of Ulysses (Il ritorno d’Ulisse in patria) – Opera in a Prologue and three Acts to a libretto by Giacomo Badoaro after Homer’s Ulysses [sung in an English translation by Christopher Cowell, with English surtitles] 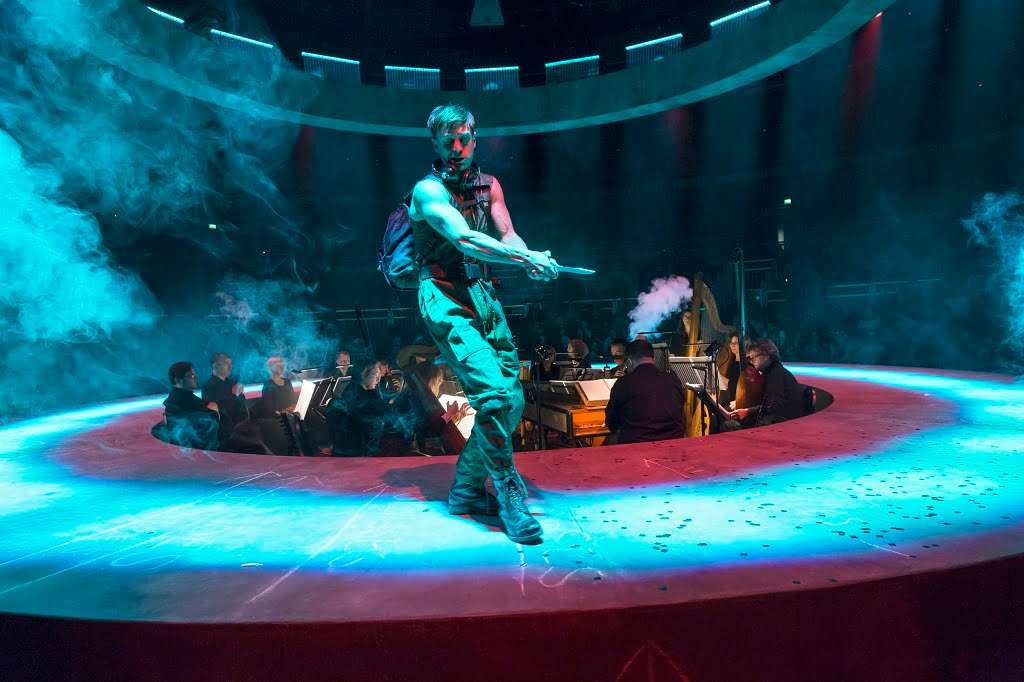 For the second time, the Royal Opera has joined forces with the Roundhouse for another Monteverdi opera, The Return of Ulysses, performed, like Orfeo, in the round – although it’s difficult to imagine how else it would be done in this iconic space – with significant input from local groups making up the chorus, beefed up by singers from the Guildhall School. The English translation by Christopher Cowell doesn’t upset the flow of music geared to flatter Italian inflection, the college of gods has been dispensed with, except for Minerva (who plays a crucial part in Ulysses’s repatriation to Ithaca and his reunion with his long-suffering wife Penelope after his twenty-year absence fighting the Trojan Wars), and, in this generically contemporary production with a few Baroque extravagances, he emerges from the crowd of refugees fleeing across the Mediterranean to be shrouded in those familiar foil blankets and dependent on food handouts from Penelope and her helpers.

There is no scenery, only a wide circular walkway that rotates around the orchestra pit, which itself rotates slowly in the opposite direction, and the amplification doesn’t intrude too noticeably on the balance between singers and Christian Curnyn’s Early Opera Company Orchestra. The slow revolve (with many static periods) somehow helps the rather episodic sequence of scenes cohere into a more dramatic escalation, so that the conclusion, in which Penelope needs much convincing that the old tramp in front of her is indeed her glorious hero of a husband, has a strong sense of resolution. 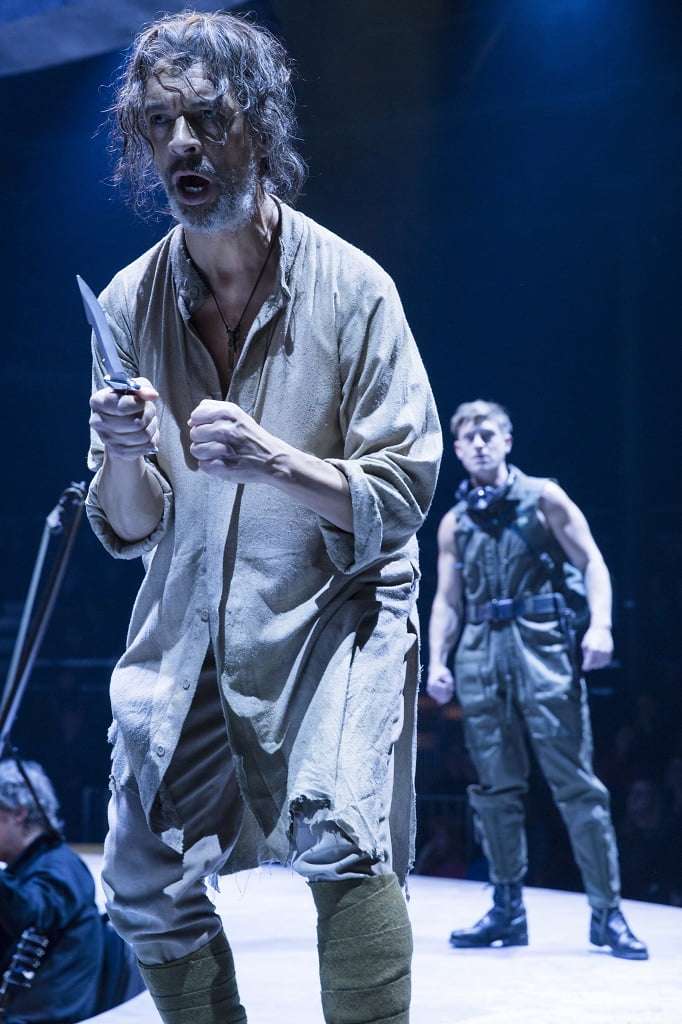 There was quite a lot getting in the way of seamless theatre, however, not least the throat-infected Christine Rice, who was nevertheless well-enough to mime the role of Penelope to Caitlin Hulcup’s glorious singing from the pit. Their double-act worked surprisingly well, and Hulcup’s voice has a lovely, sonorous charge that works wonders with the emotional weight of Penelope’s music. John Fulljames initially misjudges the impact of the three suitors, who only come into focus in the competition to re-string Ulysses’s bow – a pity, because they are strongly sung by Nick Pritchard, Tai Oney and David Shipley.

There is an impressive array of character parts – from Cathy Carby as a majestically sung and breast-plated Minerva; from the fresh-voiced Samuel Boden as Penelope’s warrior son Telemachus who sports blond tresses to add to his erotic revelation about his obsession with Helen of Troy; an amazing scene from the treacherous, bloated Irus sung by Stuart Jackson with enough volume the fill the Roundhouse; and from yet another fine tenor, Mark Milhofer, giving the shepherd Eumaeus plenty of theatrical ballast (bunches of white balloons that bleat do for his sheep). Putting Ulysses’s and Penelope’s difficulties into context is the sweet relationship between Penelope’s servant Melantho and her swain Eurymachus, enchantingly portrayed by Francesca Chiejina, a Jette Parker Young Artist very much on the up, and Andrew Tortise in high seductive mode. In the male-heavy cast, Susan Bickley endowed the maid Eurycleia with redoubtable gravitas.

It’s Roderick Williams’s Ulysses, though, that takes the production’s variable sense of direction onto another plane and centres it. Even when he’s not to be seen, his intimate, Homeric presence lingers, and when he’s singing you surrender to his artless perceptiveness. There is, however, an ambiguous ending, which is merely gratuitous, when you are left in doubt about the couple’s future. To what end? Curnyn keeps Monteverdi’s tantalising blend of recitative, arioso and aria humming, played with panache; the rare eruption of music for cornett reminds you how sober this music can be.