Strauss
Salome – Opera in one Act to a libretto by the composer based on Hedwig Lachmann’s German translation of the French play Salomé by Oscar Wilde [sung in German, with English surtitles] 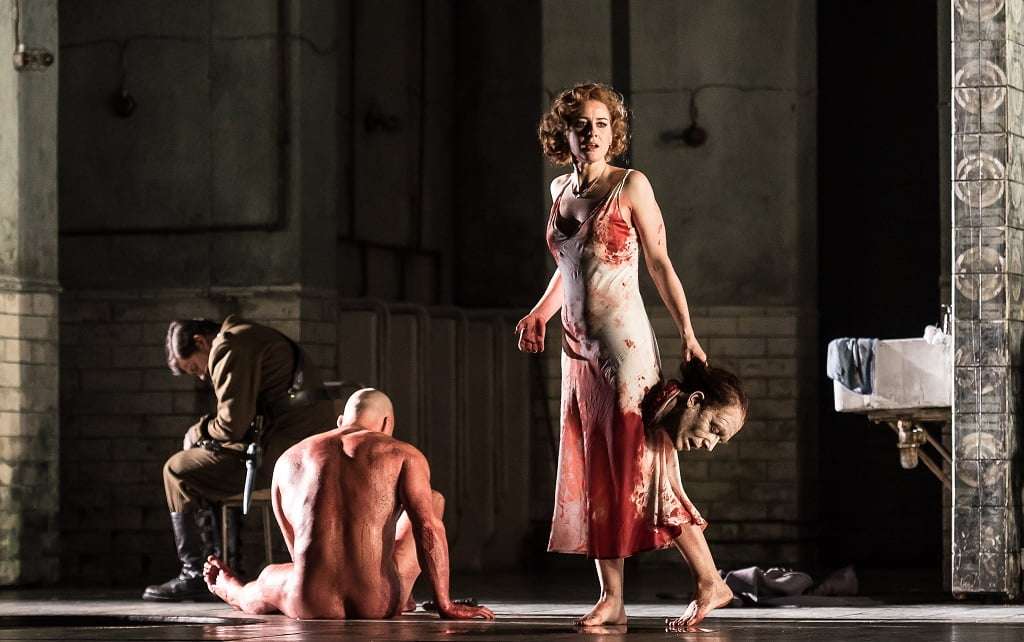 David McVicar’s blockbuster production of Richard Strauss’s Salome (new in 2008 and back for its third revival, slickly directed by Bárbara Lluch) goes over the top in displaying the story’s grim depravity – nudity, Jokanaan’s severed head, epic varieties of abuse – all of it effortlessly keeping pace with Strauss’s superbly lurid score. In the end, though, it is so relentless that it risks fatigue setting in.

The luminous opening, with the love-sick Narraboth rhapsodising about the beautiful Salome in the pale moonlight, is played out in the squalid soldiers’ basement (a brilliantly conceived slum of torture chamber, officers’ mess and servants’ quarters, the whole intended as a gateway to Hell) underneath the palace banqueting hall of Es Devlin’s imposing two-tier set, and thus denies from the very start the teenage princess any hint of redemptive innocence. McVicar’s purpose is to deliver fascist, pornographic gratification (inspired by Pasolini’s film Salò, or the 120 Days of Sodom), which he does unsparingly in the 1930s’ Weimar setting, from the headless carcass of a pig hanging in a storeroom to a naked maid being casually toyed with by bored soldiers, while John the Baptist (Jokanaan) curses everyone from his underground prison. All relationships – between Herod, his wife Herodias and her daughter Salome, and between Salome, the pining Narraboth and Jokanaan – are dysfunctional. In short, you cannot tear your eyes away from what is, literally, a hell of a show. 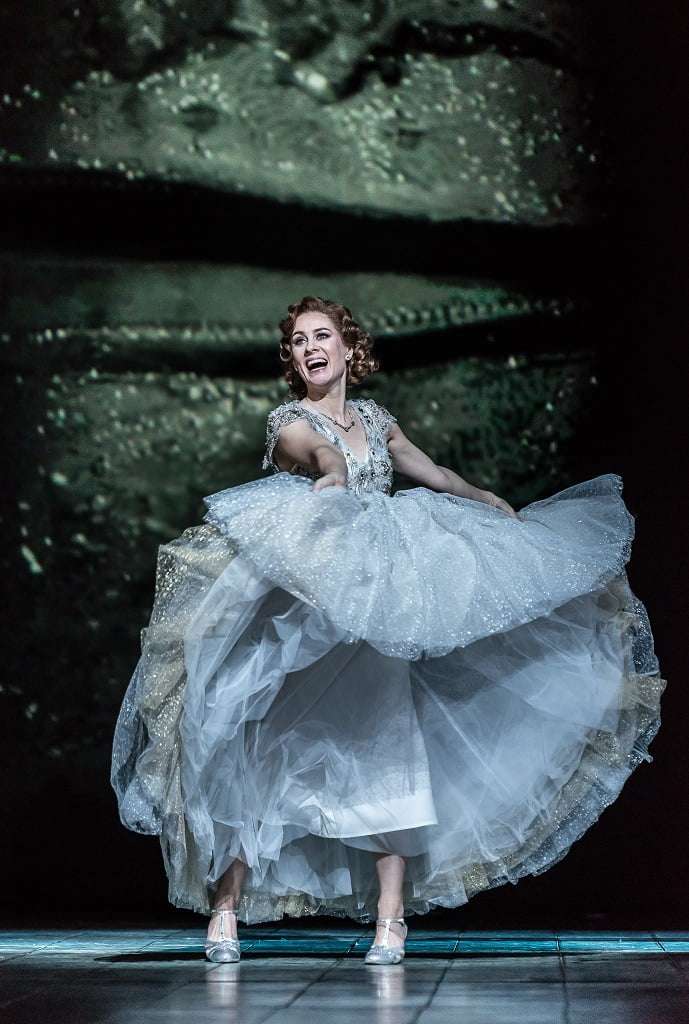 It is also strongly cast. Compared with McVicar’s two other singers in the title role, Malin Byström gets nearest to not sounding overwhelmed by the vocal demands. Early on, in the big set-to with Jokanaan, some of her top notes were approximate, but her lower register is impressively full and she makes the words register. She looks wonderfully slinky in her silk gown and underwear and has no problems with playing Salome as the ultimate damaged, capricious and soulless princess. She also plays the ‘Dance of the Seven Veils’ – staged, brilliantly, as a dream sequence narrating Salome’s sustained abuse by Herod – with queasy conviction. Occasionally, Salome’s predatory sexuality seems a bit generic, until she launches into a terrifyingly realistic, slobbering dance with the Baptist’s equally realistic head and unleashes incredible reserves of vocal dynamite.

John Daszak’s complicated, fatally compromised Herod is a masterly portrayal of guilt and feckless decadence, matched by the eerie quality of his tenor, which, for this role, hints at, then denies, a sweet lyricism. On equally top form, Michaela Schuster (who was in the premiere run) plays Herodias, very graphically, as a boozed-up hag of perfunctorily indulged appetites, fiercely protective of her daughter. Michael Volle looks even more of a giant as Jokanaan than he did in 2008, and his baleful baritone easily rides the orchestra. His one appearance (apart from his head), where he rails against the corruption of Herod’s court, is cleverly directed to show Salome in the bleakest possible light.

Among the smaller roles, David Butt Philip was briefly very affecting with his beautifully sung Narraboth, and it is a mark of the production’s values that his suicide is barely noticed. As the looming, silent Namaan, Duncan Meadows is all army trench-coat and no knickers as Jokanaan’s and Salome’s nemeses, and naked looks in as good shape as he was in 2008.

Henrik Nánási manages the balance between stage and pit to their mutual advantage, and the detail is spellbinding, as are crucial moments such as the opening of Jokanaan’s tomb-like prison and the awful, protracted wait as Namaan goes about the beheading. Perhaps the care Nánási takes with the orchestra, which plays magnificently for him, undermines the ultimate in orgasmic Straussian ecstasy, but the result is sumptuous, secure and supremely musical.