Donizetti
Lucia di Lammermoor – Opera in three Acts to a libretto by Salvadore Cammarano after Walter Scott’s novel The Bride of Lammermoor [sung in Italian, with English surtitles] 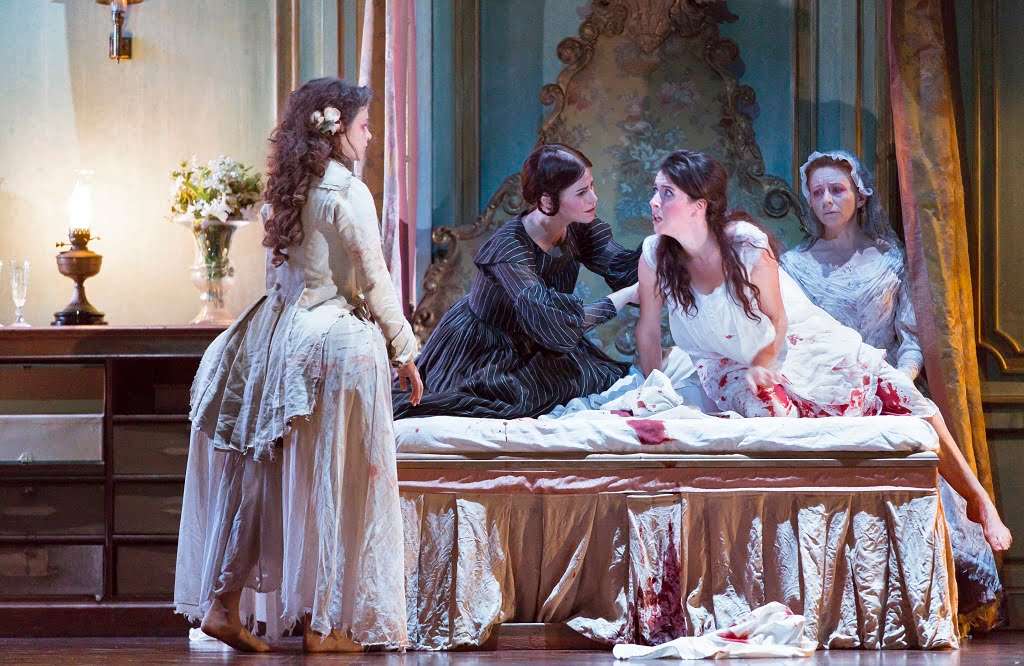 Lucia di Lammermoor is of particular significance to The Royal Opera given that a previous staging (Zeffirelli’s), revived often, was that which launched the international career of Joan Sutherland and enshrined many legendary interpretations of the principal roles.

Here now is the first revival of Katie Mitchell’s 2016 staging which continues to intrigue and frustrate in equal measure. However, on this showing there are musical felicities aplenty to transcend some of the irritations of Mitchell’s concept. Charles Castronovo reprises his fiery and passionate Edgardo that is full of descriptive nuance and superb vocalism. He runs the full range of ardent lover, idealistic heroism, angry irrational violence and desperate remorse with unerring directness. Despite the distractions of the final scene (that running tap and overflowing bath!) he brought the evening to a classy end. It’s a great voice.

This revival has a new Lucia, and how! Lisette Oropesa was making her debut in the House. Hers is not the ample agile voice of a Sutherland, not the bright glassy dazzle of Gruberová, but is an instrument full of interesting dark colours and technical mastery put at the service of communication and the drama. Her first appearance was notable for the inflection and colouring of the text, as was evident by the sudden quiet in the auditorium. The ‘mad scene’ – here more a post-miscarriage hallucinatory nightmare – had exactly the same effect, almost painful to listen to and observe. She is a truthful actress. 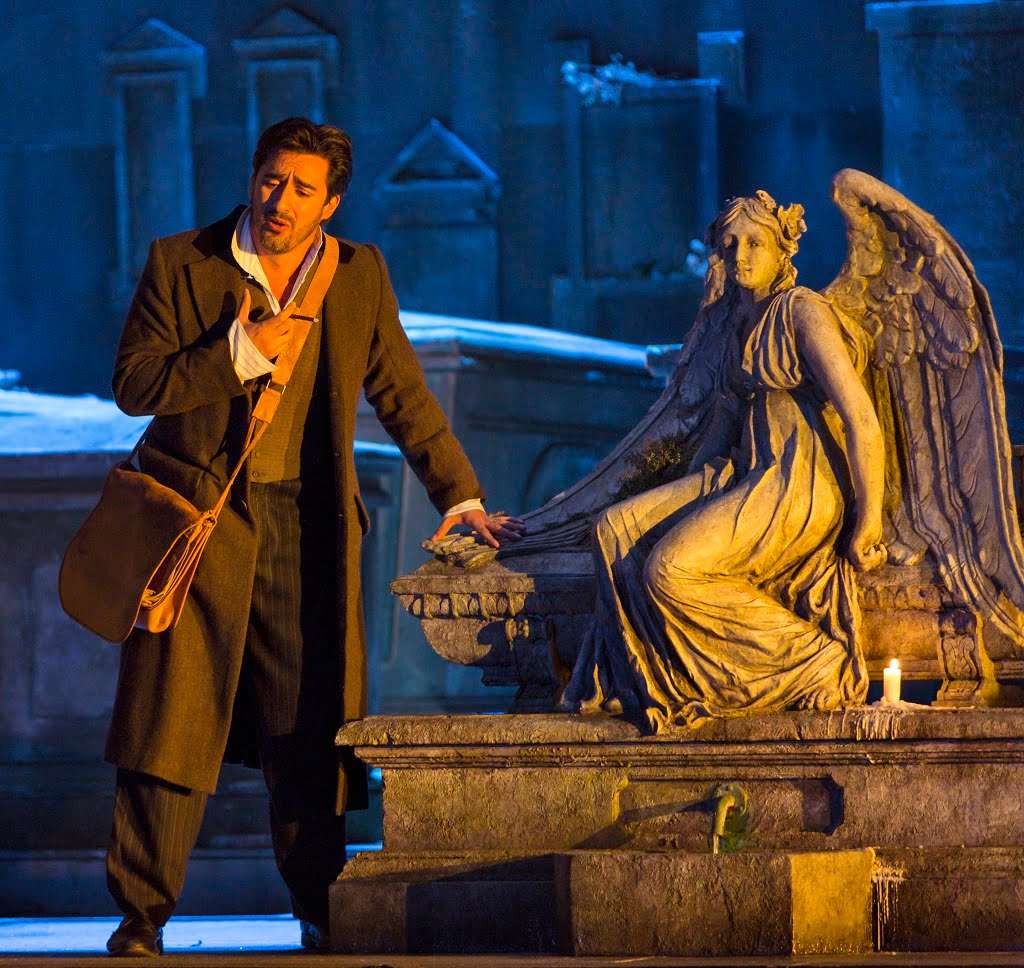 Christopher Maltman’s voice has increased in amplitude and heft of late, if at the expense of some dynamic subtlety and tonal focus, although Enrico’s callous scheming side came through with point. The roles of Normanno and Alisa, here both more complicit in the intrigue than is usually the case, were admirably taken by Andrew Tortise and Rachael Lloyd respectively. Michele Pertusi’s warm bass was heard to great effect as Raimondo, the more so in his announcement of Arturo’s murder to the wedding guests. Konu Kim did what he could with the relatively thankless role of Arturo.

Great things going on in the pit as well – Michele Mariotti quickly gave note that his was going to be an interpretation of propulsion but also of statement. He really helped the singers deliver their narrative arias and was extremely careful to ensure the orchestra, on fine form, did not overwhelm, and it was a shame the passage after ‘Chi mi frena’ in the Act One finale was lost in continued clapping. 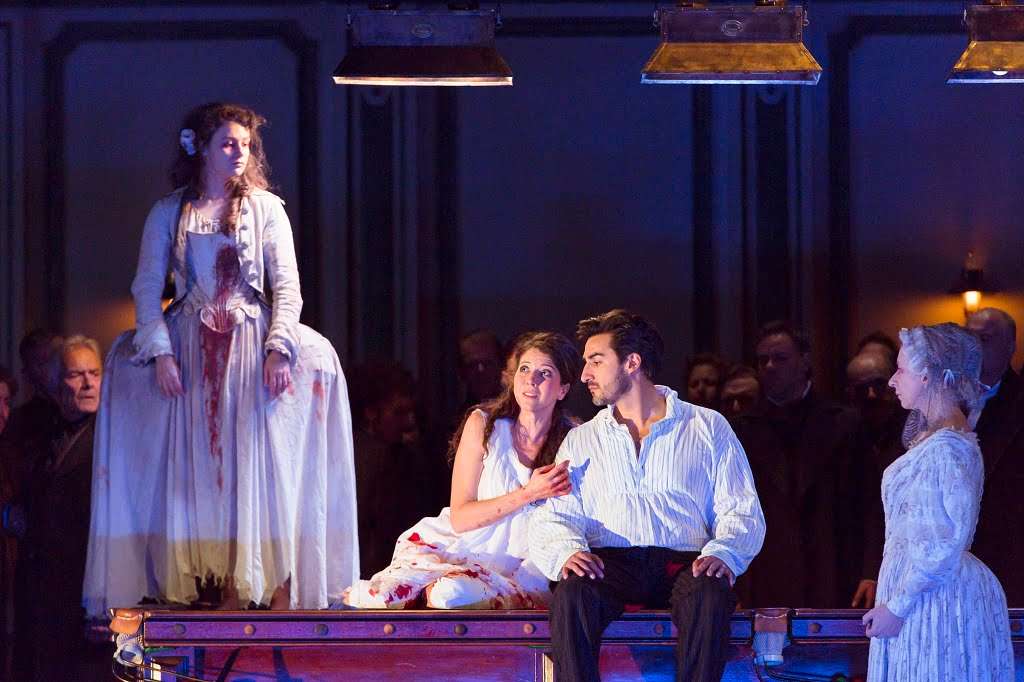 The split-scene idea, in Vicki Mortimer’s often claustrophobic designs, is a clever idea but one that is overused by the end of the evening. A first-time viewer of Lucia should not need the dual narrative explanation in the programme to try and fathom out what is going on! Similarly, the continued wanderings of the ghostly apparitions of Lucia’s dead mother and of a murdered girl outstay their welcome. What also irks is that the singers often have to contend with side-show theatre in the ‘other room’ whenever they have an aria or duet, almost to the extent you can see the distractions lining up in the wings: it’s as if Mitchell does not trust the accomplished cast to keep the audience’s attention, and there were moments where the audience started laughing at what should be chilling moments.

Aside other misconceptions there are some brilliant ideas. In particular, Act Two/scene one has a dramatic power and candour that is arresting, contrasting as it does Lucia’s physical and emotional predicament: Mitchell ensures that any viewer will never again be able to view that section as they may have in the past.

Provocative theatre it undoubtedly is, though not always in a convincing way, and Oropesa and Castronovo should be heard live: they can easily and honourably bear comparison to those performers of distant memory and legend.