Orchestra of the Age of Enlightenment
Maxim Emelyanychev 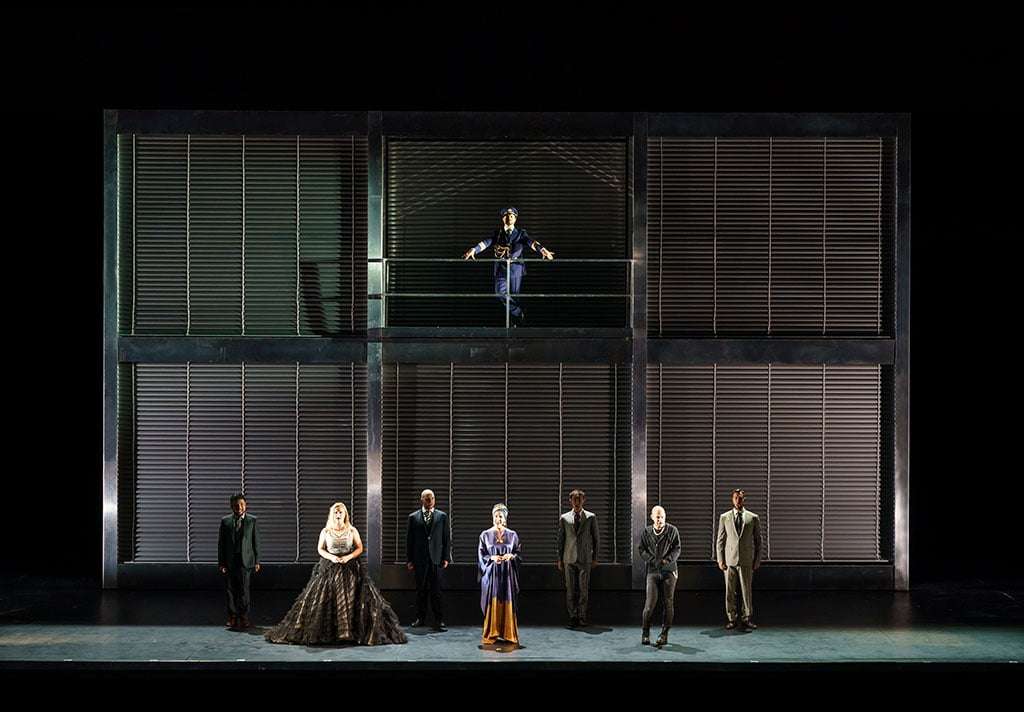 Handel’s Agrippina (1709) constitutes a pivotal moment in the composer’s biography as well as in the history of opera. At the age of twenty-four it was his sixth stage-work, but the first that was a solid success for him, being premiered at a prestigious theatre in Venice during his extended period of study in Italy. That then buoyed his confidence to sustain a career in writing Italian opera in England which lasted three decades. The drama itself looks back to the same period in ancient Roman history already treated by Monteverdi’s The Coronation of Poppea and serves as the prequel in relating the events that put Nero on the throne. No doubt for both Monteverdi’s and Handel’s Venetian audiences these operas served as a satirical comment upon the political intrigues which beset Papal-dominated Rome at that time as well as other Italian states, compared with the rational and virtually incorruptible constitution of The Most Serene Republic, where government couldn’t be prorogued at will.

Hardly any of that registers in Barrie Kosky’s new production of Agrippina which is over-acted and over-sung, with gratuitous yelps, whimpers, and irritating pauses from the singers for good measure – and they’re the good things going for it. Although he has brought to bear his trademark “extravagant minimalism” upon Handel before, with a staging of the oratorio Saul for Glyndebourne which engaged powerfully with the Old Testament myth (as it were) of the elevation of David as king, this Agrippina is a case of the law of diminishing returns in operation, working less well with dramas that are enacted in real historical time, just as his Die Meistersinger is probably the least appropriate of the Wagnerian canon he could have mounted for Bayreuth. His theatrical principle seems here to look at the work through the wrong end of the telescope: rather than starting from a clearly-defined idea or concept, and letting the efflorescence of Baroque operatic stagecraft work out from there, instead the myriad components of Handel’s witty drama are concentrated here upon a limited set, with crass cavorting around it by the characters which becomes tiresome. The production may be choreographically lively, even hyperactive, but it is dramaturgically inert. 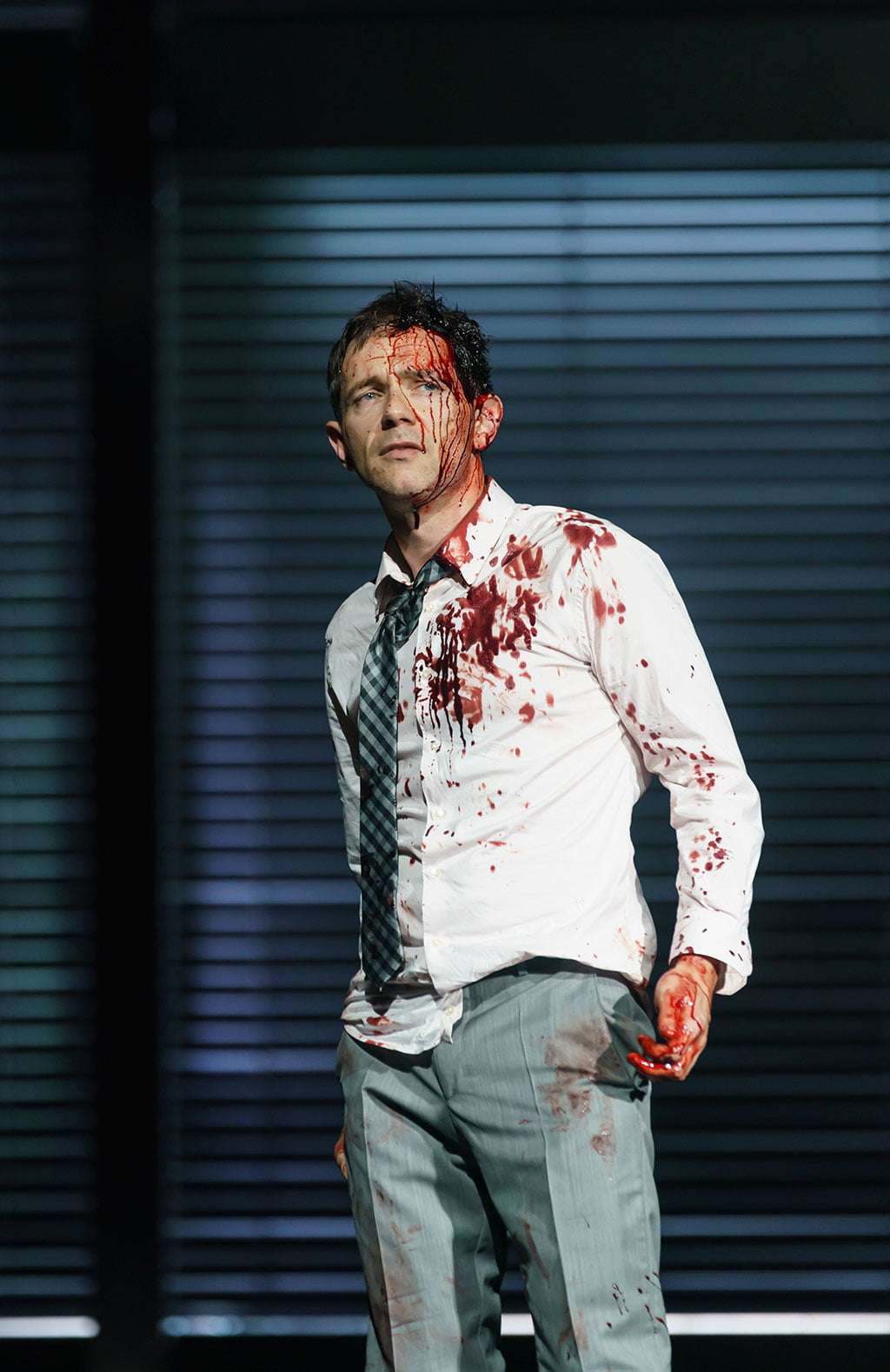 A metal-framed two-storey block does service as a more or less abstract set for the whole three hours of the opera, pared down in the second part after the interval to its central segment comprising a staircase. At least that does not dominate the whole production, like that in Kosky’s equally inconsequential Carmen, but this apparent fixation with steps puts him in danger of becoming a one-trick pony. Very few other visual or theatrical elements provide any context or theme which might constitute a particular interpretation of the work as any specific sort of power struggle, or identify what the goal is that the characters are seeking.

The Venetian blinds which are periodically raised and drawn might be a reference to the opera’s provenance but that is so oblique and cryptic as to be negligible. It is an amusing ploy to have Franco Fagioli appear in the auditorium at the moment where Nerone makes his bid to become Emperor by cynically appealing to the poor and urging compassion – doubly so as he interacts with the well-heeled patrons of the stalls. With party political conferences in full swing and a likely imminent general election it reminds us of the exorbitant promises politicians make which they have no intention of keeping. But the point is not developed further.

Insofar as the production casts any angle upon the work, it is to focus on the human aspects of those caught up in the game of power. After a bold, flighty performance by Joyce DiDonato in the title role, it is curious that the work ends not with the joyful concluding chorus of Handel’s score (downplayed here in any case) nor Juno’s final blessing (routinely cut in performance, admittedly) but with a purely instrumental, oboe-led movement from a later ode by Handel. That acts as a sort of melancholic eulogy to Agrippina, sat in splendid but stoical isolation on the stage after all the other characters have left, but it jettisons further much-needed irony in the work, and after such an imperious characterisation, sympathy runs in short supply for her machinations. Franco Fagioli’s Nerone is also unexpectedly shown to be wary of assuming the crown, particularly after the effusive wiliness of much of his performance with supple but wide vibrato which obscures the clarity of the melodic line and expressive, at a musical level, of an all-too zealous aspiration to power.

Lucy Crowe’s Poppea is a surer guide in projecting vocal allure (even despite a couple of weak spots in her coloratura) combined with coquettish ambition, as she plays off Ottone, Nerone, and Claudio against each other as they all vie for her amorous affections. Iestyn Davies sings cleanly and warmly as Ottone, who is resolute despite the ‘slings and arrows of outrageous fortune’ he encounters as the only guileless figure in the drama. 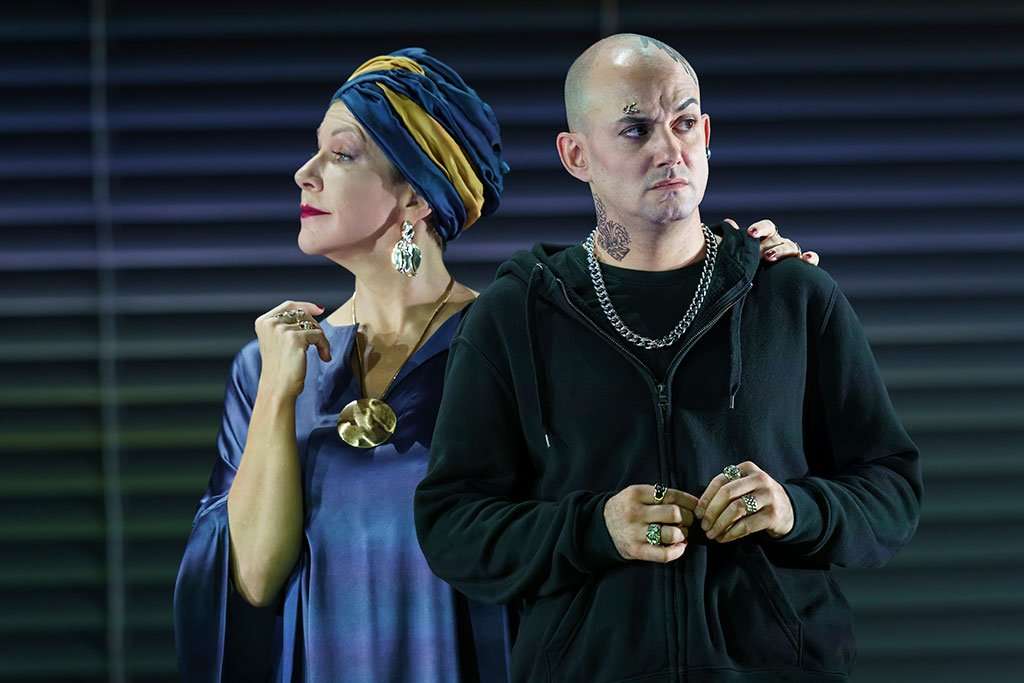 Gianluca Buratto is a sturdy Claudio, though he could inject more knowing humour into the part, as he finds himself at the mercy of Agrippina’s schemes and his own illicit love for Poppea. The Empress’s two sycophants, Pallante and Narciso are made to be distractingly busy, but whereas baritone Andrea Mastroni plays up to her extrovert qualities in the former role, countertenor Eric Jurenas offers a welcome point of contrast with a more reserved account of the latter. José Coca Loza acquits himself decently as Lesbo, Claudio’s servant.

In the pit, the Orchestra of the Age of Enlightenment provides secure, consistent support, under the alert conducting of Maxim Emelyanychev, who ensures a stylish turn of phrase here and an imaginative approach to articulation there, without seeking to make points with the score – Handel’s music is eloquent enough already.

The production offers little by way of a stimulating dramaturgical realisation of this early masterpiece, and really a concert performance would have given such singers as these as good an opportunity to bring it to life, just as some of them achieved, with Emelyanychev, at the Barbican in May. The Grange Festival’s 2018 production of the opera demonstrated what can be done with it when given a more thoughtful interpretation and execution.