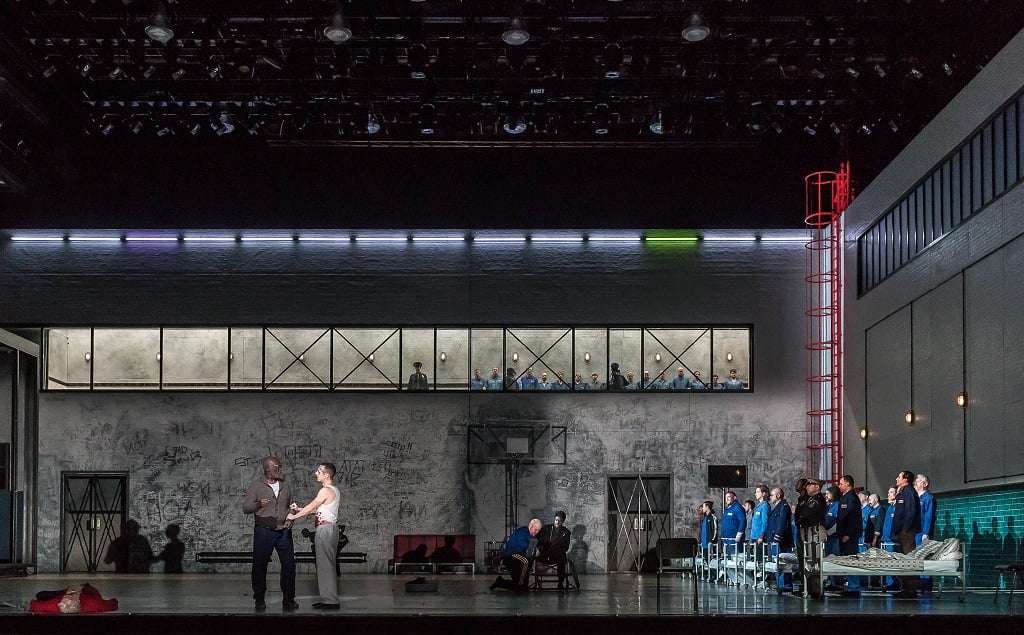 The last of Janáček’s operas, From the House of the Dead, is also the last of his five great dramas to have reached The Royal Opera (indeed, productions in the UK have been notable for their infrequency), but anyone anticipating a revelatory take on one of the supreme (and supremely relevant) such works from the twentieth-century is likely to have been bitterly disappointed.

At least the failure for this can be levelled directly at the production team. Impressive though his directing CV may be (not least an award for his 2010 staging of The Makropoulos Case), Krzysztof Warlikowski’s directorial debut for The Royal Opera is inept and ill-conceived. Essentially this comes down to an inability (or unwillingness) to trust Janáček’s adaptation of Dostoyevsky as one in which the visual stasis of those imprisoned within their environs is countered by a musical dynamism conveying their emotions. Yet what should be conveyed intangibly is here largely obliterated by a plethora of stage props and action serving merely to distract from what is being witnessed, compounded by a setting that equates the Siberian prison with a latter-day penitentiary whose drabness manages to be both contrived and distracting. To take just one example – the transformation of the eagle into a basketball player robs this image of its resonance in evoking a world beyond confinement, while the sound of a basketball as bounced around the stage conflicts with the rhythmic contour of Janáček’s music to an unnecessary and unacceptable degree. 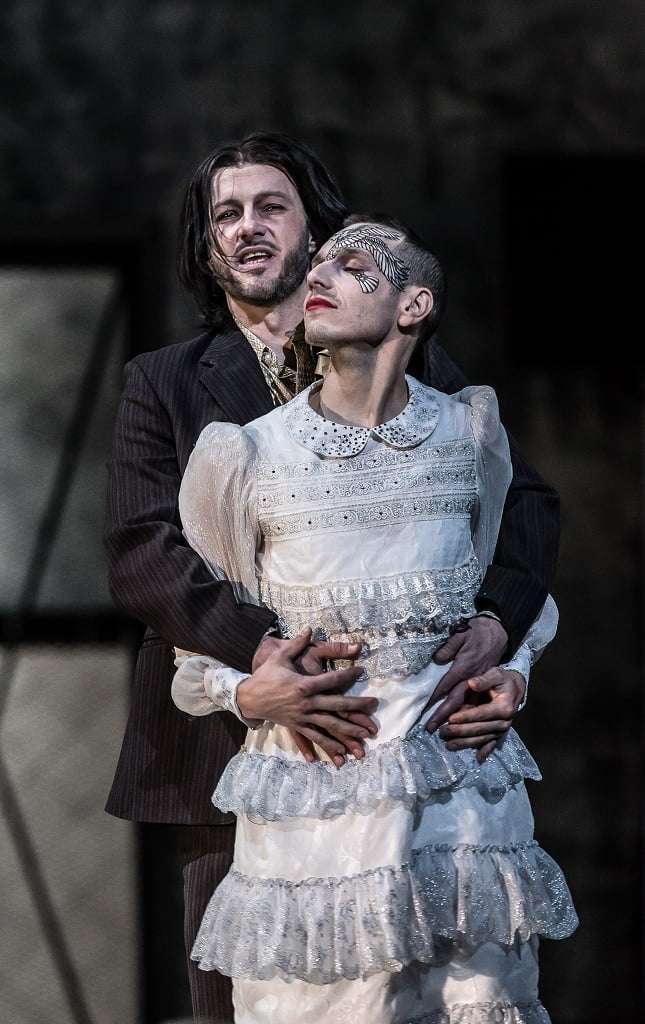 Such failings are, for the most part, abetted by Malgorzata Szczesniak’s drearily unimaginative designs (and why have a separate enclave for the Governor’s office only for this division to be ignored by much of the stage action?), and video designs from Denis Gueguin that impose commentaries about justice and imprisonment onto a music-drama already providing its own, rather more convincing solutions. At least Felice Ross’s lighting designs prove rather more apposite – garish and lurid in (more or less) accordance with what was being played out, they also offer an inadvertent reminder that present-day lighting techniques are capable of delineating emotional subtleties far more effectively than unwarranted stage paraphernalia.

Fortunately, the musical components of this production are a good deal stronger. From the House of the Dead is very much an ensemble opera, and the present cast appreciate this, though the various solo spots are characterfully taken. Not least Stefan Margita as the laconic Kuzmic and Ladislav Elgr as the fatalistic Skuratov, with Pascal Charbonneau an appealingly jejune Aljeja. Alexander Vassiliev is a viciously overbearing Prison Governor, while Grant Doyle doubles ably as the pugnacious Small Prisoner and the humane Cekunov; as also does Nicky Spence in his twin roles. Peter Hoare is in his element as the troubled Sapkin, as is Graham Clark as the elderly and worldly-wise Antonic, while Allison Cook’s Prostitute makes the most of the only female role. As Siskov, Johan Reuter delivers his lengthy monologue in Act Three with exemplary poise and expressive control (here, at least, Warlikowski recognises the music’s essence by reducing action to a minimum), while Willard White encompasses the humanity as well as the compassion of Gorjancikov with some of the finest singing from this ‘Indian summer’ of his career. 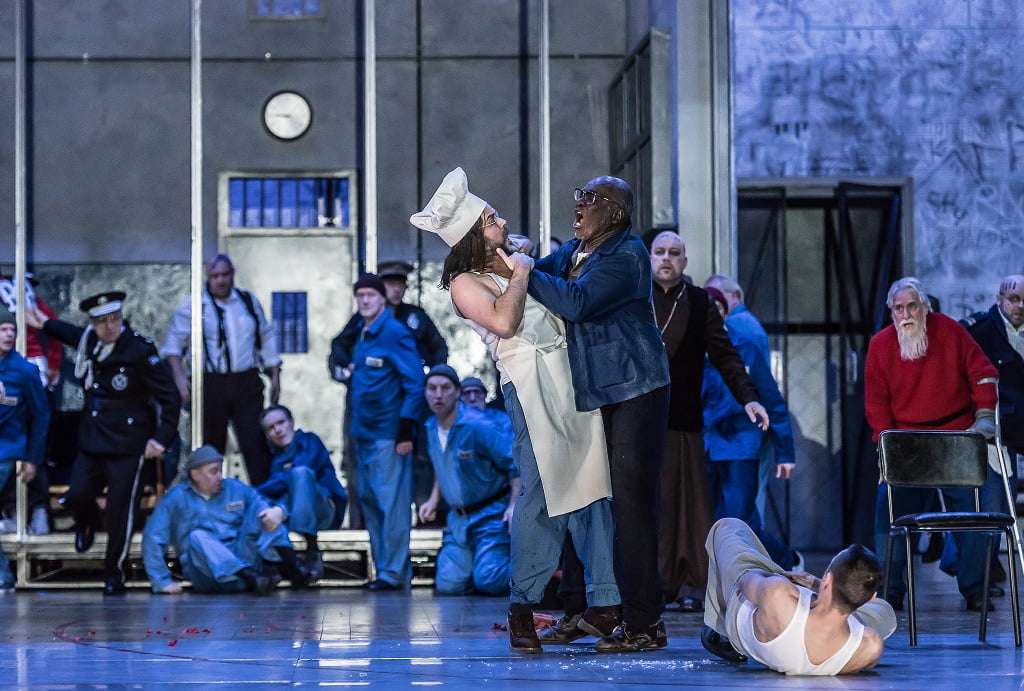 The Royal Opera Chorus makes a fitting contribution as the various prisoners and guards, while the Orchestra overcomes initial fragility of ensemble (this most radical and technically extreme among Janáček’s scores remains a tough challenge even for seasoned players) to convey the limitless inventiveness and emotional fervour of this music in large measure. That it did so owes to Mark Wigglesworth – well established among the leading Janáček conductors of his generation, who paces the opera with a sure sense of its underlying momentum and maintains a consistent clarity between voices and instruments. What a pity that he, together with the cast as a whole, are not more fittingly served by this production.

From the House of the Dead is likely to remain a rarity, for all that Janáček has long become a seminal presence in the operatic repertoire. Certainly this production should be seen by all those who admire his music and this opera in particular, while also acknowledging that, as an all-round dramatic concept, it falls well short of the staging which this astounding work deserves.