Puccini
La rondine – Commedia lirica in three Acts to a libretto by Giuseppe Adami after one by A. M. Willner & Heinz Reichert [orchestration of Act III completed by Lorenzo Ferrero; sung in Italian, with English surtitles] 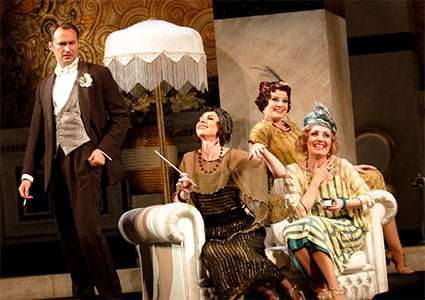 Even Puccini did not think much of La rondine. The composer struggled for two years to work the action, adapted from a German scenario, into a full-scale Italian opera. Along the way he dismissed Giuseppe Adami’s libretto as “not very beautiful, not very polished and refined, not super-theatrical, as it should be.” The second Act in particular caused him grief: “I don’t enjoy it; I don’t laugh; I am not interested in it.” In 1914, nearly two years after he had begun the project for the directors of the Carltheater in Vienna, Puccini declared his opera “useless, dead … La rondine is absolute trash.”

He had agreed that the work would be an operetta in the Viennese style of Der Rosenkavalier and is therefore full of fun colours with flurries of flute scales, the swaying of waltzes, and other passages in the guise of Johann Strauss II and Franz Lehár – and appropriately, given the Parisian setting, Jacques Offenbach – relax into the melodies that flowed so easily from Puccini’s pen. It is a surprisingly modern score, so modal at times that it sounds like late Debussy. In it, Puccini proved himself unexpectedly good at humour. He uses music to distinguish between characters as carefully and comically as did Mozart. When Prunier, the upper-class and worldly poet, duets with Lisette, the typical servant with ideas above her station, Puccini allows him to complete her sentences and even to sing over her. She chirrups and Prunier commands. Elsewhere, however, comedy and tragedy sit awkwardly alongside each other. 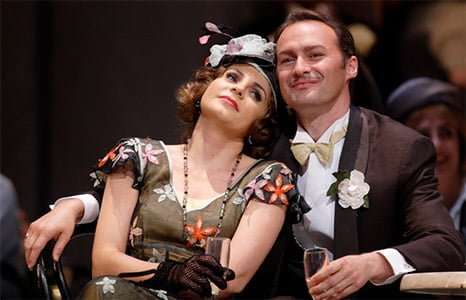 After a scattering of European performances during and after World War One (the first was in Monte Carlo in March 1917), La rondine virtually disappeared from the repertory. Conversely, this run at Royal Opera House is the second revival of a production first seen in 2002. Nicolas Joël’s staging has also been to San Francisco Opera and the Met. The driving force behind these many performances is Angela Gheorghiu. She plays the central role of Magda (alternating it here with Ermonela Jaho), the courtesan who falls for a naïve country boy, finally shattering both of their hearts.

Magda is a character with obvious appeal. Like Violetta (La traviata) and Mimi (La bohème) she is fascinating, troubled, larger-than-life, softer, more intelligent and more beautiful than all those around her, and is doomed from the start. She dominates this ‘lyric comedy’ with huge romantic passages of song. When Prunier begins to tell the story of Doretta, his latest fictional heroine, Magda takes over and transforms the tale into a soaring and famous aria that serves both to charm her guests and to win the hearts of the audience. 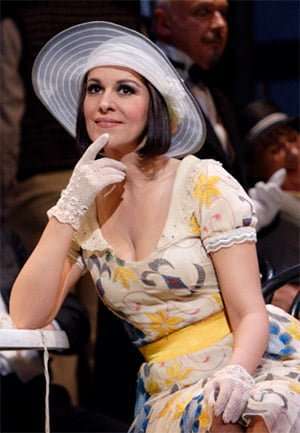 Angela Gheorghiu’s affection for the role is clear. In the first Act she swished around the stage in sensual motions. In the second, at a dance hall/restaurant, suddenly shy and sweet, she pranced like an excitable pony. In the final Act – Magda’s heart breaking as she confesses to Ruggero that she must leave him – Gheorghiu was all bosom and soul. She tiptoed perilously close to over-acting and was saved by her voice, which was sumptuous. Vocally the role fits her like a glove. Magda had been a part favoured by sopranos past their prime. It is difficult and needs to sound effortless; however there are none of the pyrotechnics found in the better-known romantic roles. This is one of the significant problems with La rondine. It is too simple. It is odd for an opera so full of emotion to also lack for total engagement.

Edgaras Montvidas and Gheorghiu sounded magnificent; and careful casting reinforces the other characters and their status. Charles Castronovo appeared a little stiff and dull by comparison, but this suits the over-earnest, unsophisticated Ruggero. The Royal Opera Chorus glowed gently and quietly, and the Orchestra of the Royal Opera House played with finesse and authority under the sympathetic Marco Armiliato. The production is spectacular. Ezio Frigerio’s sets are sublime, in particular the emerald-studded Japanese screens and marble columns of the third Act. Joël’s direction, as revived by Stephen Barlow, is neat and elegant, and the whole experience, from score to scenery, is one of rich sophistication.

La rondine may not be the greatest opera that Puccini wrote, and it may not be the most appropriate showcase for an ensemble of this talent, yet it certainly allows Angela Gheorghiu (and it would be interesting to hear Jaho in comparison) to demonstrate the full powers of her voice as part of an indulgent and enjoyable way to pass an evening.