Tchaikovsky
Eugene Onegin, Op.24 – Lyric Scenes to a libretto by the composer and Konstantin Stepanovich Shilovsky after Pushkin’s verse novel [sung in Russian with English surtitles] 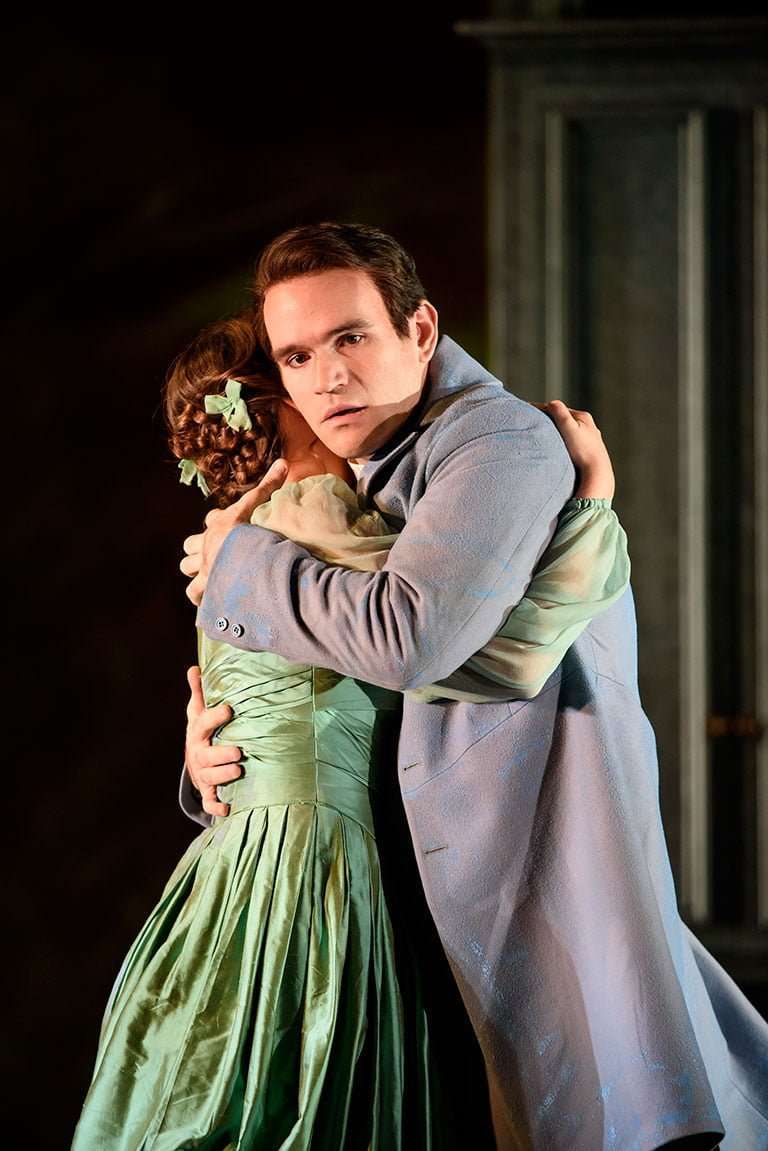 Kasper Holten’s staging of Eugene Onegin was first seen three years ago, since when it has travelled to Italy and Australia. This first revival has brought some changes, especially in the contributions from the silent, acting-dancing ‘Young Tatyana’ and ‘Young Onegin’ that shadow the singing roles.

The opera’s drastic compression of Pushkin’s verse has given directors and designers opportunities galore to shade in some of his preoccupations with class, wealth and period. Beyond keeping roughly to the novel’s early-19th-century Russian setting, Holten has virtually done away with the social aspect, with the crucial differences between town and country and wealth and reduced circumstances ironed out; he concentrates instead on the main roles’ emotional turmoil, which he cleverly sets up in the Tatyana-Onegin, Olga-Lensky quartet in the first scene.

His invention of ‘Young Tatyana’ and ‘Young Onegin’ as idealised portrayals of the would-be lovers results in moments of poetry as the past rushes up to confront the present, and the passages where other singers address themselves to Tatyana or Onegin’s silent doppelgänger neatly deals with the characters haunted by the mess they’ve made of their own and others’ lives in a staging that works backwards from Onegin’s final meeting with Tatyana.

‘Young Onegin’ taking over in the duel is poignant, but his dance sequence with seven young women during the ‘Polonaise’ to reveal the perils of Onegin’s vacuous, love-‘em-and-leave-‘em life-style is wildly over-emphatic, confirming that Holten’s concept is in charge. As a directorial device, the two silent roles are mere decoration to the inescapable regret of missed opportunities, decisions made in haste to be repented at leisure, and unattainable wish-fulfilment. 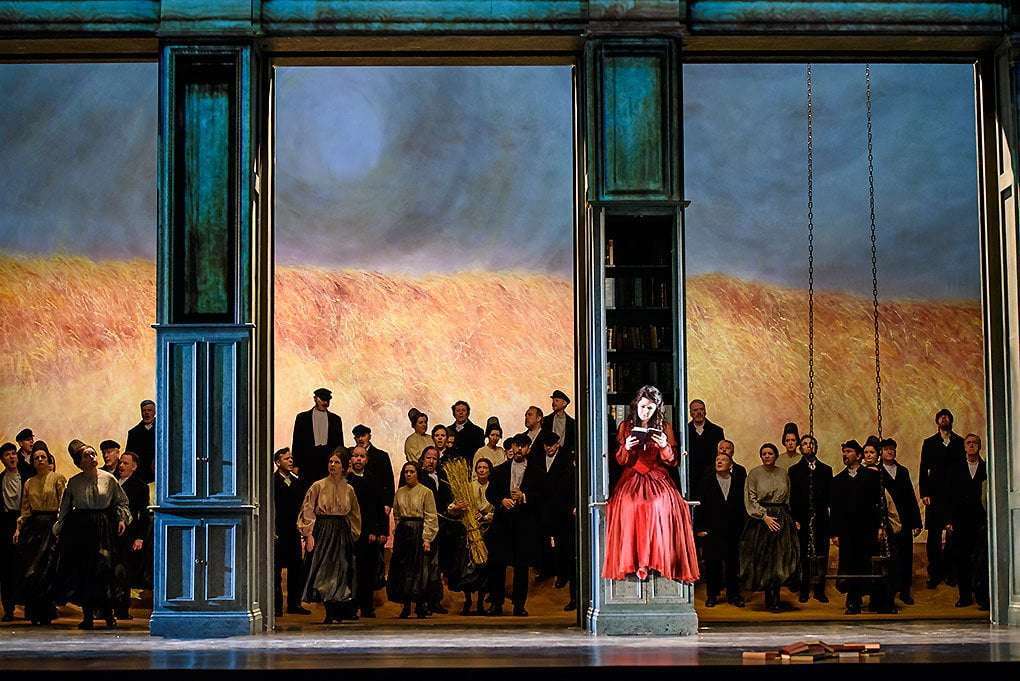 If you were being ageist about it, I suppose it’s one way of directing middle-aged singers taking on Pushkin’s and Tchaikovsky’s ill-starred teenagers, although that wasn’t an issue with Nicole Car’s Tatyana. There was, though, no escaping the fact that this is the least-involving Onegin I’ve experienced, a feeling that even Semyon Bychkov’s lovingly detailed, expansive conducting and the glorious orchestral playing couldn’t entirely dispel.

Car projected Tatyana’s romantic self-containment in a touching, centred performance which only needed singing of more warmth and innocence. After this Onegin, Dmitri Hvorostovsky resumes treatment for a brain tumour. The role is in his blood, he sang with consistent subtlety of tone and he acted out the shadow-play with his ‘double’ with great conviction.

Michael Fabiano, in an otherwise dismayingly dry-eyed evening, was as natural a poet Lensky as you could wish for, singing his big aria with tear-jerking ardour – and, after the duel, having to lie on the stage dead-still until the end of the opera. In the smaller roles, Ferruccio Furlanetto gave a special breadth and weight to Gremin’s aria, Oksana Volkova gave voice to the opera’s roots with her impulsive, charming Olga, and, as Madame Larina, Diana Montague caught the idiom perfectly in the opening scene. The Chorus sang brilliantly, but I just don’t get the anonymous way in which these singers are directed.