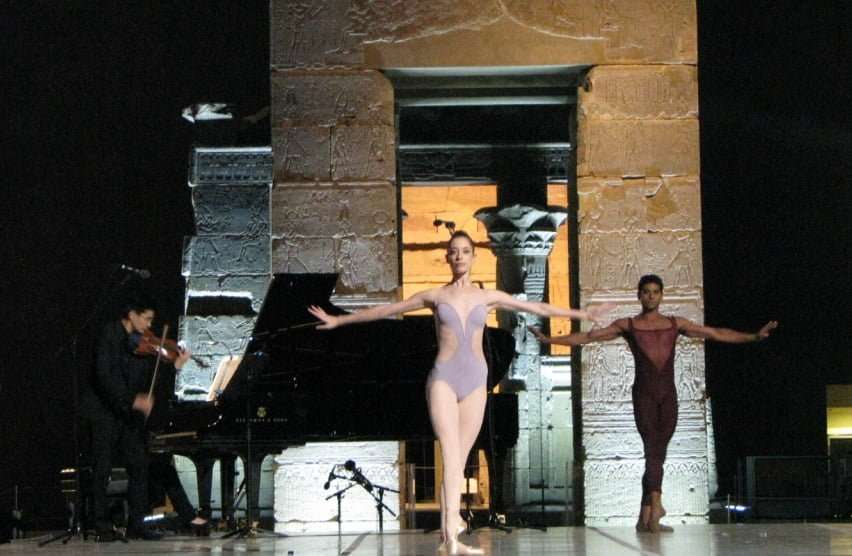 Arvo Pärt has experimented with several compositional styles, from neoclassicism to serialism. But since the 1970s, immersing himself in the study of Gregorian chant and polyphony, his work has been characterized by a musical language he calls Tintinnabuli. All of the works in this eightieth-birthday concert (on the day itself) were from this latter period, the imposing space of the Temple of Dendur a perfect venue for such contemplative, otherworldly music.

This Egyptian temple, dramatically backlit and framed by statues of pharaohs, stands next to a wall of windows overlooking Central Park. The natural lighting, gradually dimming as the sun set, was a beautiful asset; however, its inferior acoustics were an unfortunate detriment. Amplification was used by necessity, but it was only after the first hour or so that the balance and level of electronic reverb finally enhanced the music.

The evening was bookended by different versions of Fratres. The string-quartet adaptation is simple, with a constant drone on Alexandrina Boyanova’s second violin underlying meandering harmonics in the other voices. Leader Alex Shiosaki employed a fast vibrato that made his tone too thin, and his pacing was rushed. He slightly anticipated his peers in his note changes, detracting from the work’s austerity. 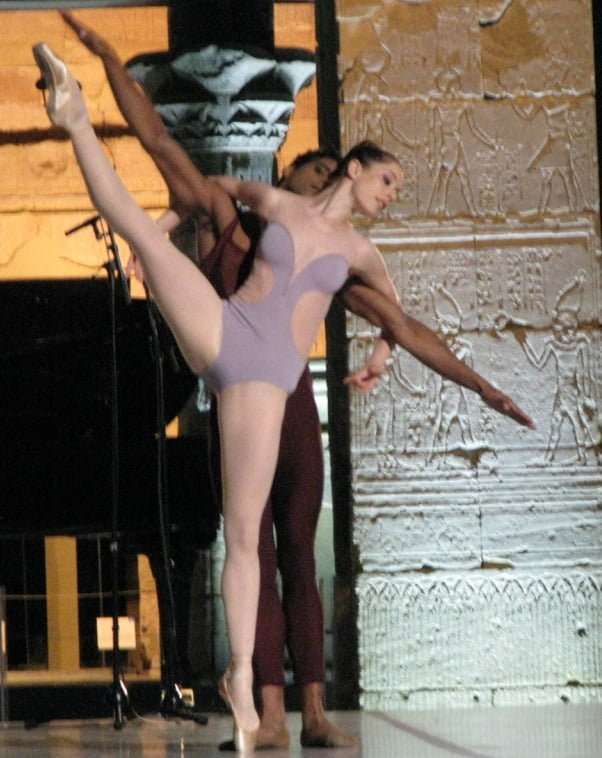 Robert Fleitz then performed two short works for piano, Für Alina and Für Anna Maria, compositions similar in nature yet separated by 30 years. In the former Fleitz concocted a chime-like tone in the upper register, but the major-key arpeggios of the latter soon became trite. Pari intervallo, a piano/four-hand piece, followed, Fleitz joined by Mika Sasaki. This was intriguing – in its technical simplicity it easily could have been for one pianist, yet with Sasaki playing unison octaves in the bass, there was apparent a sensitive connection between the players. Sasaki then performed Variations for the Recuperation of Arinushka. Her watery legato mirrored the moat surrounding the temple. Although a characteristic feature of Tintinnabuli is a steady tempo, Sasaki endowed the pacing with some breathing room, while still remaining stylistically sound.

Christopher Herbert joined the string quartet for Wallfahrtslied (Pilgrims’ Song), the text’s sacredness a complete contrast with the other songs here, as were the uncharacteristically dissonant instrumental interludes. The amplification did no favors here: Herbert struggled to rein in his voice, sounding best when he turned away from the microphone, and the violins were harsh in the upper registers.

In Passacaglia (for violin and piano) Shiozaki’s exquisite bow control created a warm timbre, although he was overpowered by Fleitz’s piano in the loud central section, an imbalance that was only a minor detriment to the rendition of this thrilling work, with its powerful ever-building harmonies. Spiegel im Spiegel (for cello and piano) is quite different in its simplicity. Khari Joyner mostly eschewed vibrato, yet still produced a resonant tone over Fleitz’s arpeggiated triads. 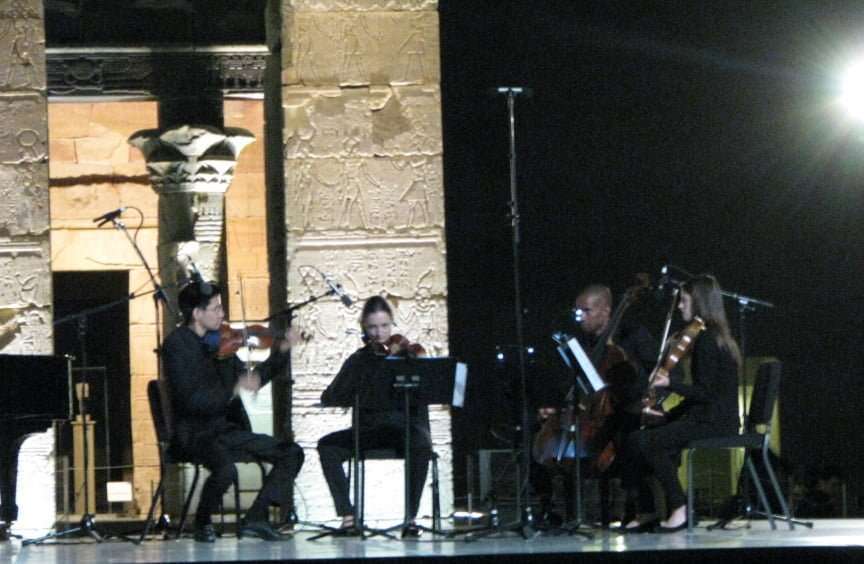 Next came three works for string quartet, this time with Shiozaki in the leader’s chair and the acoustics were consistently excellent. The first violin was a lovely sighing echo in Da pacem Domine, the most recent of the three pieces (2004/06). Psalom, which was originated in 1985 and completed in 1991, is a deconstruction of a quartet, with subsets of players remaining tonally rich despite the lack of vibrato. Summa, 1977/91, has a hymn-like solemnity that seemed to most reflect the composer’s conversion to Orthodox Christianity in the 1970s.

Two songs featuring Jacqueline Horner-Kwiatek displayed extreme diversity. Es sang vor langen Jahren is about romantic longing, the vocal line cavorting, yet Horner-Kwiatek maintained a consistent velvety tone, merging nicely with Boyanova and violist Stephanie Block. Pärt’s setting of Robert Burns’s My Heart’s in the Highlands was an interesting textual divergence. The music is far from Scottish, but the disconnect between the monotone vocal line and the accompanying piano quartet is a perfect depiction of a farewell to a homeland.

The evening culminated in a spectacular revisiting of Fratres, this time for violin and piano, with the addition of dancers from the New York City Ballet for Christopher Wheeldon’s Liturgy. Shiozaki gave a stunning reading of this virtuosic arrangement, Sasaki providing sensitive accompaniment. The dancing was reminiscent of Egyptian hieroglyphs in motion, an electrifying culmination to this memorable birthday tribute. It was a shame that Pärt was not in attendance.