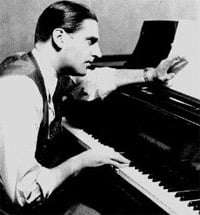 Meredith Willson (1902-84) is mainly known for one show, “The Music Man”, starring Robert Preston and Barbara Cook, which was an enormous success in the US in 1957 (1,375 performances and all the major Tony Awards) and then in London. It was filmed twice, first in 1962 (with Preston but with Shirley Jones replacing Cook) and then in 2003 (for television, with Matthew Broderick and Kristin Chenoweth). The original cast recording won the first Grammy Award for Best Original Cast Album from Broadway or Television.

Willson did write other shows, three of them, but none enjoyed the same success as “The Music Man”. Early in his career he belonged to John Philip Sousa’s band playing flute and piccolo, and he also played in the New York Philharmonic in Toscanini’s era. When Willson moved to San Francisco he worked for radio stations and was a musical director for NBC. He wrote music for films (Chaplin’s “The Great Dictator” and William Wyler’s “The Little Foxes”) and during World War Two worked for the US Armed Forces Radio Service with the likes of George Burns & Gracie Allen, and later with Tallulah Bankhead. He wrote songs and symphonic music and The Beatles even had a hit with his ‘Till there was you’ (from “The Music Man”). Only three of his musicals reached Broadway. The third, “Here’s Love”, was an adaptation of the film “Miracle on 34th Street” which did moderately well on Broadway in 1963. His last show, “1491”, about Christopher Columbus and his travels, got no further than Los Angeles.

Willson’s second show “The Unsinkable Molly Brown” (1960) did not repeat the success of his first, but ran for over 500 performances with Tammy Grimes and Harve Presnell. It was filmed by MGM in 1964 with Debbie Reynolds and Presnell, but not until now has it appeared on the UK stage. Following its premieres in Philadelphia and New York in 1960, the enterprising director Thom Southerland has finally managed to obtain the British stage rights. If the show doesn’t have quite the same oomph as “The Music Man”, it is pleasant enough, being a sort of mixture of “Annie Get Your Gun” and “Funny Girl” in its story of a poor woman with illusions of grandeur and her eventual rise from rags to riches.

The Molly Brown of the title is based on Margaret Tobin (1867-1932) who was more familiarly known as Maggie Brown (after she married James Joseph Brown, “JJ”) and also as Molly Brown or the “Unsinkable” Molly Brown (as Hollywood called her after her death) on account of her surviving the Titanic disaster. Born in Missouri to a poor Irish family, she became a socialite, activist and philanthropist. When she married “JJ” he was poor but he later struck it rich when he discovered a rich ore seam for his mining company employers in Leadville, Colorado.

The money allowed Brown to do her good work for women’s rights and the suffrage movement. From being illiterate she rose to being able to speak fluent French, German and Russian and she even ran for office in the Senate. She was a good woman, even though her reputation still nominally rests on her saving herself and others on the Titanic.

Willson’s show takes some liberties with some of the details of Maggie Brown’s life story – her husband becomes Johnny and much of the action is telescoped for greater clarity. It’s surprising, however, that no-one has ever done a straight biopic of the lady, whose sole appearances are limited to walk-on parts in any film about the Titanic.

“The Unsinkable Molly Brown” is basically a love story of two poor people making good. After marrying “JJ”, Molly’s fortunes soon pick up when her husband comes into a fortune from his mining work. Presented with $300,000 dollars, Molly hides it in a fire-grate where it soon goes up in smoke. Nonplussed but still in love with Molly, “JJ” makes another fortune and they move to Denver where her gauche disposition finds them snubbed by local snobs. She then heads for Europe and becomes a great success in high society. On returning to Denver she once again upsets the local bigwigs and goes back to Europe, leaving “JJ” in Colorado. Courted by a crown prince, she misses her husband and sets sail for the US again – on the Titanic. Her heroism on the sinking ship earns her respect and finally a place in Denver society.

With his background in Sousa’s band, Meredith Willson’s music for “The Unsinkable Molly Brown” was, like “The Music Man”, a mixture of marches, romantic ballads and lively dances. There is plenty of work for the principals and the chorus (many of whom also appear as the orchestra, doubling up as musicians) and, despite the limited space at the Landor Theatre, they cope very well with some spirited dance routines engineered by choreographer Sally Brooks.

Southerland makes the best of the acting area by limiting the piece to a simple set with odd pieces of furniture to create everything from a tumbledown shack in Missouri to a Leadville saloon bar, a mansion in Denver, a Paris salon, a Monte Carlo palace and, of course, the Atlantic Ocean. It works very well as a company piece, even if it lacks the qualities that made “The Music Man” such a hit. Willson’s songs are not first grade, but they are pleasant enough. The outstanding numbers include ‘Belly up the bar, boys’, ‘I’ll never say no’, ‘My own brass bed’, ‘Are you sure?’ and ‘I ain‘t down yet’. It’s also good to hear ‘He’s my friend’, written for the film version and here interpolated.

Abi Finley (as Molly) is a star in the making, a young Streisand. Finley would be ideal as Fanny Brice in “Funny Girl” or even Louise in “Gypsy”. Sean Pol McGreevy, playing “JJ”, is already something of a star, having made a sizeable mark as Frank in “Mack and Mabel”, Prez in “The Pajama Game” and eponymously in “Sweeney Todd”. He’s also a fine jazz pianist (New Players’ Theatre on Tuesday, Thursday and Saturday nights). His singing is as strong as it comes, a belter of a voice in the Howard Keel tradition. He could probably grace a production of “Seven Brides for Seven Brothers” or even “The Music Man” without breaking sweat.

Good support from Julie Ross as Buttercup Grogan, Claire Everson as hoity-toity Mrs McGlone, Graham Lappin as the very upright butler Roberts, Susan Travers as a very grand Grand Duchess, and Alyn Evans as a money-hungry Monsignor, and the rest of the company put in so much energy in varying roles. Suffice it to say that the UK premiere of “The Unsinkable Molly Brown” is in completely safe hands; no other company could do it better.