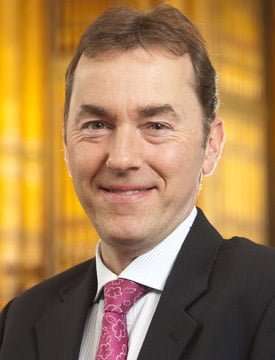 Even after a decade or two, the Royal Festival Hall’s Harrison & Harrison organ still takes me by surprise with its almost confrontational presence – there really is nowhere to hide. It was this authority that Thomas Trotter exploited to the utmost in his wide-ranging programme, from J. S. Bach at his most delightful to vivid contemporary psychodrama, via Edwardian confidence and Parisian mysticism. When I encounter playing as clear and as spirited as this, I wonder how on earth I got to grips with any notion of style or repertoire through the murky recordings of long ago.

Trotter started as he meant to go on in his confident, assertive playing of Charles Villiers Stanford’s Fantasia and Toccata in D minor, which in wears its debt to Bach (his G minor Fantasia) as a badge of honour, polished by the organ’s sensational reeds. Bach released his grip in the quieter section, redolent of Stanford in reflective evensong mode, and the rift was complete in the Toccata, where strenuous Germanic rhetoric vied with a Lefébure-Wély-style jollity. Trotter had the grand style and character of the music to his fingertips, animated by a constant stream of detail – the pedal staccatos in the Fantasia would have gone for nothing in a cathedral acoustic, but here they made their mark.

Just to make sure we got the point of the three voices in Bach’s E flat Trio-Sonata, each one came from a different location within the organ, and Trotter’s registration had the effect of condensing it to the most elegant, intimate chamber instrument. The bounce of his playing showed off Bach at his most charming, and the stops Trotter chose in the first movement compounded the pleasure, especially the upper voice with its initial ‘chink’ sound, like a little bell. In the sinuous Italianate aria of the Adagio, enhanced by some tactfully sighing phrasing, his registration completely debunked the notion of the organ’s rigorously tiered sound in a performance where manual and pedal parts curled round each with ravishing results.

James MacMillan wrote Le tombeau de Georges Rouault for Trotter in 2003, as a homage to the French painter much admired by the composer. It’s a vivid, virtuoso symphonic poem that shoves the meditative and sacred hard against a capering circus parade, both elements struggling for supremacy – Rouault is as famous for his austere religious pictures as for those of clowns. The famous tune ‘Entry of the Gladiators’ (by Julius Fučik) pays a prominent role, as does a distracted Passion chorale-prelude, and vague ghosts of Dukas’s The Sorcerer’s Apprentice and Widor’s Toccata hover in the wings. It could be a parade of cartoonish parody, but Trotter got under its skin to reveal the piece’s psychotic creativity – the black hole of an ending makes clear who has the last laugh. Trotter’s playing was heroic, and the effect, via thrilling use of the organ, was like an imploding Danse macabre. Saint-Saëns’s poised, ordered Fantaisie was quite a relief.

Marcel Dupré’s Symphonie-Passion is a graphic four-movement work inspired by the life of Christ. Familiar Gregorian chants mark out Christ’s birth, death and resurrection, a Berlioz-like tenderness charmingly portrays the Nativity, the slow-build ‘Crucifixion’ movement collapses into a sidetracked setting of the Stabat Mater, and the ‘Resurrection’ finale moves from a glowing wall of sound to a delirious toccata. It’s one of the grander examples of 20th-century, Catholic, French organ music, and Trotter engaged totally with its religious fervor, naive directness and orchestral drama in an account of stupendous sweep and atmosphere. His encore was Dupré’s Fileuse.