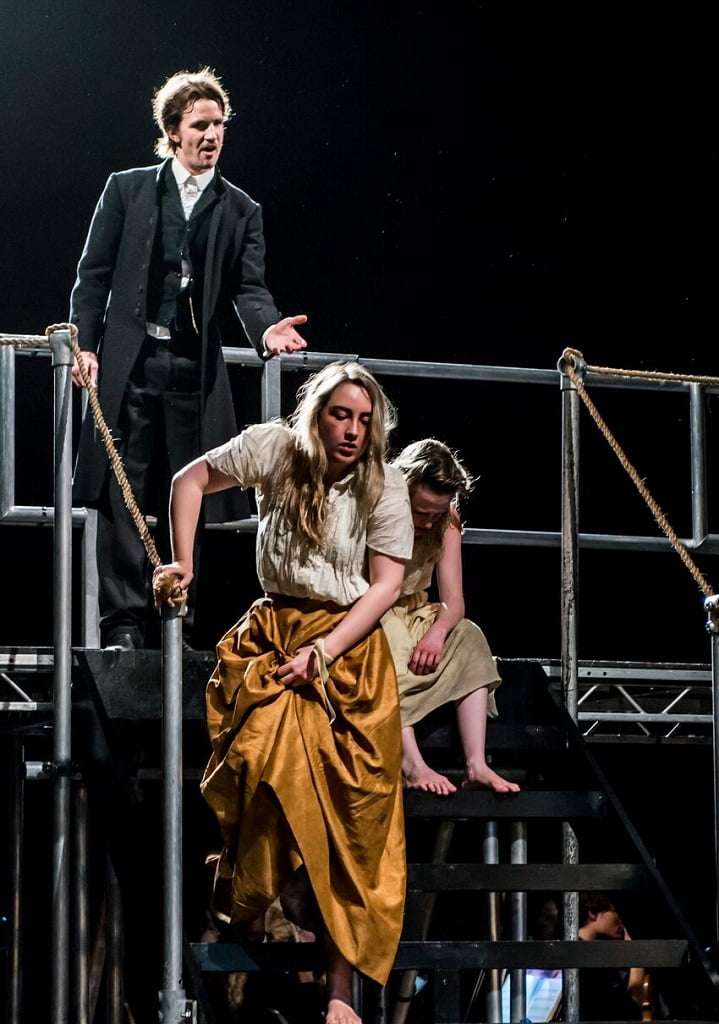 In a year that has already seen at least five new British operas premiered (The Devil Inside, Pleasure, 4.48 Psychosis, The Hogboon, In Parenthesis), another arrives hot-foot courtesy of Trinity Laban Opera, Banished by Stephen McNeff.

Commissioned, with the generous help of its composer, by Trinity Laban for its students who have researched and assisted in creating the work, local-living McNeff has achieved a long-time ambition to set operatically Steve Gooch’s play Female Transport, which starts just up-river in Deptford. In depicting the forced transportation for (to our modern sensibilities) rather minor misdemeanours of over one-hundred women to Botany Bay in the late-18th-century – here personified by eighteen characters, all of whom were real – McNeff has come up with a sort of female Billy Budd (albeit with four male roles), completely ship-bound and (for the most part) below deck in cramped quarters.

In essence the audience on three sides, and the orchestra on the fourth, act as ship’s timbers enclosing the traverse acting area, above which on three sides (including over the orchestra) is a raised gantry which is almost exclusively the preserve of the men. McNeff effortlessly interweaves songs and shanties of the time (including the distinctive tones of the accordion) into his musical mix which is gratifyingly set for voices (another positive analogy to Britten).

An appeal for McNeff was the opportunity to redress the balance in operatic roles for women, and he is served magnificently by the college’s thirteen sopranos and five mezzos, with admirable vocal co-ordination. Katy Huntley’s Winnie leads the fray, becoming appointed as the matron, but it is damaged by Pity (Kathleen), played all-twitching and fluttering fingers by Lucy Bray, and withdrawn Madge (Emily Gray) who carry the audience’s emotions. Meanwhile above deck Laurence Panter’s beleaguered Captain has to balance the liberal leanings of Caspar Lloyd James’s straight-backed, exasperated surgeon and the rather more grubby and exploitative ideas of Tom McKenna’s Sarge (although he does get his comeuppance). It all rather neatly encapsulates the pros and cons of the British Empire, aptly on the high seas. Of the men, only the boy Tommy has any empathy for the ladies, falling for one, Sarah, and promising to come back to Australia for her and their unborn child. 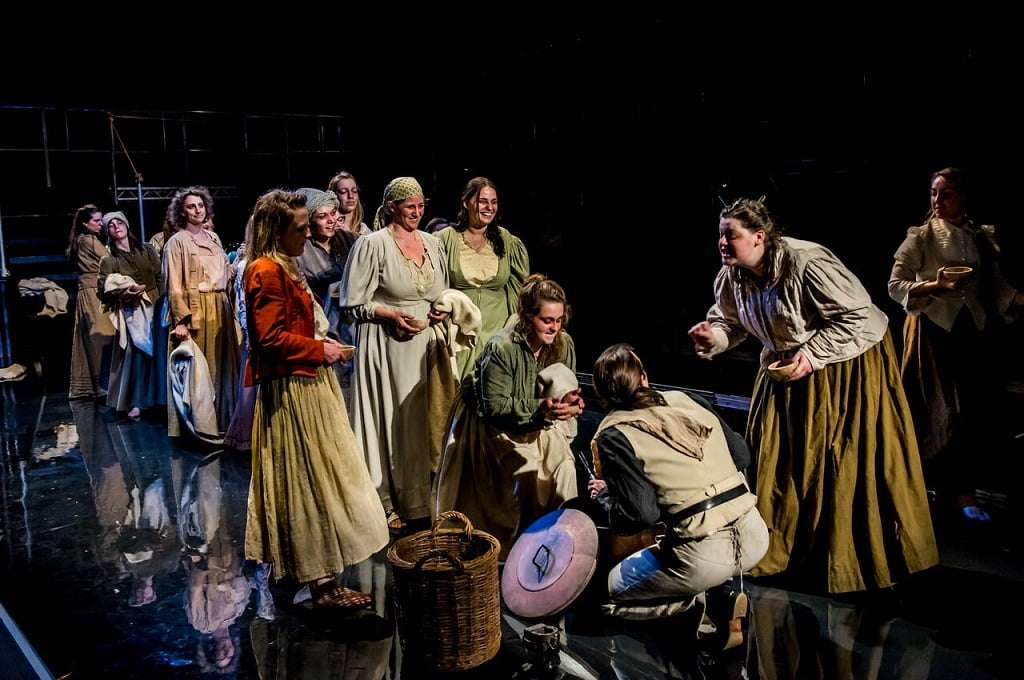 The final image is that of the hatches being opened and Australian sunshine streaming in to give the vitamin D-starved ladies some hope, having survived the voyage and the strike they held to stop making shirts. They hold out samples with their name and outcomes on (rather like the end of a television documentary). Although the fates of many are unknown, I was surprised how many survived their transportation and punishment ‘down under’ and some returned to the UK with their husbands (who came out for them) and others set up businesses in New South Wales.

From an idea by Head of Voice, Linda Hirst, and following research at the National Maritime Museum, McNeff has produced a large-scale opera for a big cast that will hopefully travel not only to other conservatoires (Sydney, perhaps?) but also to opera houses. Cleanly directed by Elaine Kidd and securely conducted by Jessica Cottis, musical and dramatic values were very high.