Wagner
Siegfried – the second day of Der Ring des Nibelungen – music-drama in three Acts to a libretto by the composer [concert staging; sung in German with English surtitles] 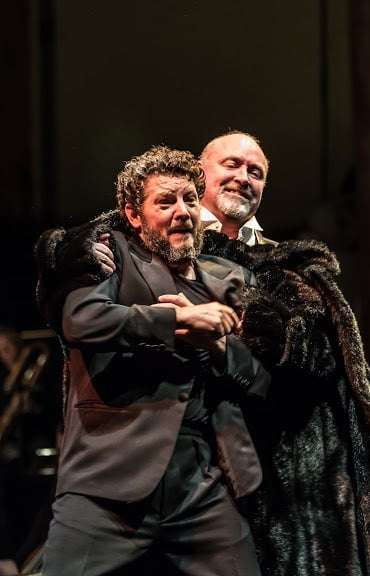 The mythic exchanges and monologues that shape Die Walküre usher in Siegfried’s more complex web of treachery and greed as the process of the waning of the gods gathers momentum. This is matched by a radically lighter musical style – there was a gap of thirteen years after Die Walküre, filled by Tristan und Isolde and Die Meistersinger – and Richard Farnes has been showing an understanding of the drama of the ‘Ring’ that is in the best, direct tradition of story-telling, and the music has been unfolding with enthralling urgency.

It’s in Siegfried that Wagner’s leitmotifs really get to work. The Opera North Orchestra, after twelve years at the disposal of Farnes’s mastery, sounds completely at home with their sophisticated mutations allied to superbly intuitive, clean and cogent playing – the strings have a sonorous glow, supporting some effortless subtlety and power from woodwind and brass, and with a wonderful account of the opening to Act Three – one of the greatest passages in Wagner. You won’t necessarily get all the references, but you know that you can trust Farnes’s and his musicians’ subliminal authority.

In these terms alone Opera North’s ‘Ring’ cycle is compelling listening, and it doesn’t have to negotiate with a directorial vision. In its celebrated concert staging, there is enough character interaction to temper the fact that the singers mostly stand and deliver, and Peter Mumford’s elemental projections of rustling leaves, water, rock surfaces and lots of fire are mainly associative without being assertive, with a skilfully managed narrative of their own. There was one rock detail that morphed into a snake’s head when Fafner heaved into view, and the unmistakable image of the sword ‘Nothung’ pierced the triptych of video screens when he is slain.

There is one bit of Mumford’s interpretation that I found resonant and very moving, when Wotan makes the same gesture he used to put Brünnhilde to sleep at the end of Walküre to now bring her back into the narrative for her reawakening by Siegfried – simple but hugely effective. 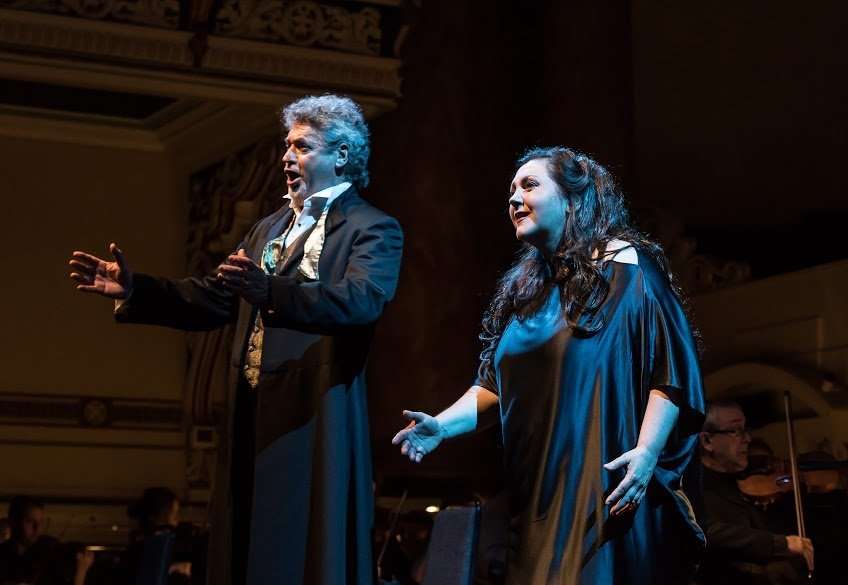 The first Act of Siegfried is probably the most prop-heavy of the cycle, with Mime’s forge, anvil and kitchen, a bear and a hut, but if this was a lack, it was easily resolved by Richard Roberts’s brilliantly imagined portrait of the whining, treacherous dwarf. His singing was focused and fully characterised, and he proved to be a convincing mime artist (as it were), and, however unattractive a character, his murder by his foster son of some twenty years seemed harsh, even by ancient-myth standards.

The title role is a famous tenors’ graveyard – declamatory and punishingly high, or with passages of lyricism lurking in a baritone range that is often indistinct, and, as for Tristan, cruelly saving the best until last. Lars Cleveman had volume and paced himself well in Act One, and he was touching – and audible – in the ‘Forest Murmurs’ of Act Two, supported with mesmerising tact by muted lower strings. He still had reserves of power for Siegfried’s epic confrontation with the Wanderer, but I was too aware of careful management rather than unbridled passion in his courting of Brünnhilde. Cleveman was a persuasive bully-boy, but his fear at his first encounter with someone who is kein Mann reminded me of a teenage sulk.

In all the wonders of this opera, you really will the title role into working. That it did so was often down to Farnes, and to a lesser extent the same applied to Béla Perencz’s Wanderer. He (and the direction) gave us a father traumatised by his punishment of a beloved daughter and of a god trapped by the death of Valhalla’s longed-for saviour/hero. Perencz had the presence, which drew attention away from some forced delivery and lack of dark tone, and he did make clear the Wanderer’s oblique attempts to both change and hasten the inevitable.

Jo Pohlheim’s Alberich was even more malevolent than in Rheingold, and his black timbre and minimal gestures was a magnificent piece of characterisation. Mats Almgren took his unique vocal darkness to new depths as a surprisingly sympathetic Fafner, there was a sparkling Woodbird from Jeni Bern, and Ceri Williams’s flawless contralto gave us an imposing Erda.

The whole trajectory of Siegfried builds towards to the rebirth of Brünnhilde, and Kelly Cae Hogan justified the wait and fulfilled expectations with her glorious singing. Her soprano is secure, her vibrato non-intrusive yet expressive, and the top of the voice is effortless and radiant. With her regal looks and noble bearing she was as formidable as a goddess-warrior as she now is a vulnerable mortal.