Chorus of the Mariinsky Theatre 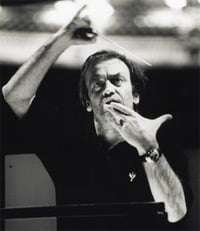 Valery Gergiev may be best known as a conductor, but it is his skill as an impresario, businessman and entrepreneur that is largely responsible for the success of the Kirov Orchestra and the Mariinsky Theatre in the post-Soviet era. Here, he brought a strangely juxtaposed program to Carnegie Hall that left me feeling as if I’d seen two completely different concerts.

The Mariinsky’s central repertoire is Russian opera, and one of its calling cards is the first great Russian ‘nationalist’ opera of the Romantic era, Glinka’s “Ruslan and Ludmila”, which was presented in a concert version with six members of the Mariinsky troupe and the 50-member chorus. The overture, dispensed at a dizzyingly fast tempo but with plenty of humour and warmth, showcased the orchestra’s fleet, streamlined sound. The string section is slightly smaller and not as rich-sounding as that of the St Petersburg Philharmonic, but the sound is at once sweet and brilliant, sounding more cosmopolitan than traditional Russian; the pungent winds and warm (and vibrato-friendly) brass are a bit less Westernized.

The central characters of Act One are Ludmila, sung by Lyudmila Dudinova, and the choir. Dudinova possesses a powerful voice that handily fills the Stern Auditorium. She dispatched the opening scene’s coloratura flourishes with brilliance at the top of her range, impressive delicacy at the lower end of the dynamic range, and fitting musical emphasis on the text. The Mariinsky Chorus sung with the precision and solid technical skill one expects from a world-class opera company, and plenty of gusto and excitement befitting the music.

The remaining members of the company were also consistently impressive. Evgeny Akimov’s bright tenor started off a tad reedy but warmed up significatly. Vadim Kravets’s heroic baritone vividly conveyed the role’s youthful impetuousness, and the final quintet with chorus was especially impressive – every one of the singers’ highly individual voices and the choir ratcheting up the goosebump factor. And while the first half was meant to showcase some of the Mariinsky’s remarkable young singers and choir, the Kirov Orchestra brought world-class playing with Gergiev putting particular emphasis on Glinka’s orchestration, including groundbreaking touches that would influence succeeding generations of Russian composers from Borodin to Rimsky-Korsakov and establish the foundation for a national style. 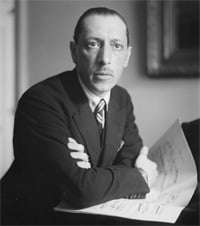 One could not find a stronger contrast to this than one of the most revolutionary of all musical works – The Rite of Spring. It was a frustrating affair. Gergiev employed a bit too much rhythmic elasticity throughout work – lingering over notes and employing pauses and gratuitous fermatas that lasted a bit too long, breaking up what should be inexorable momentum. Gergiev took an unusually fast tempo in ‘Augurs of Spring’ that was breathless and buried inner details and exposed some less than pristine ensemble. There was some outright sloppy playing during ‘Ritual of the Rival Tribes’.

On the other hand, Gergiev took some artistic risks that paid off. Sectional crescendos and decrescendos in a few thickly scored passages highlighted and brought out details that other conductors gloss over. Gergiev’s control of balance and orchestral colours belied the debt Stravinsky owed to Rimsky-Korsakov. And Gergiev’s daring approach to the work’s last two notes — the upward arpeggiation and final ‘thunk’ – delivered them in almost Sam Peckinpah-like slow-motion, and successfully at that.

There were two encores: Liadov’s too-little-known Baba Yaga and ‘Dance of the Tumblers’ from Rimsky-Korsakov’s “The Snow Maiden”, both played in idiomatic style.