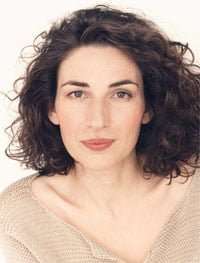 If I earned a pound each time a singer chose À Chloris as an encore I’d have champagne for breakfast. Reynaldo Hahn’s setting of the seventeenth-century Théophile de Viau’s love poem is indeed the perfect way to conclude two hours of mélodies: a graceful, wistful envoi into the night that gained immeasurably on this occasion from the special magic provided by both the singer and her surroundings. The sixteenth-century Middle Temple Hall resounded to the gifts of one of the leading French singers, Véronique Gens, in a programme of selections from her homeland’s song repertoire that she and Julius Drake artfully compiled to showcase the luxurious, near-mezzo richness of her timbre. From the perfumed yearnings of Henri Duparc to the playful angularity of Francis Poulenc, the music could have been written for her.

Each half began with a quartet of Duparc’s songs, together amounting to a significant proportion of his meagre output. The recital opened with some of the best-known epics, with four more-languid masterworks saved for after the interval. Gens has the ideal voice for this composer’s long-breathed phrases: her chest strength allows her not just to sustain but to colour the songs’ mountain of held notes all through their duration. She clearly appreciated the sensitive pliancy of Drake’s accompaniments, which always felt like an extension of her own resources, as together they shaped and shaded the operatic immediacy of ‘Au pays où se fait la guerre’ (The land where there is war) and the sun-drenched ecstasy of ‘Phidylé’ with its rhapsodic peroration. 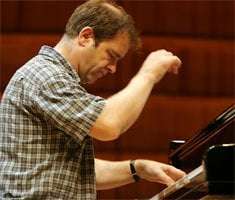 The four freewheeling Gounod settings had great charm. ‘Ô ma belle rebelle’ (O my rebellious beauty) is like an ancient folk-tune, its melodic interest achieved across very few notes yet underpinned by the bubbliest of piano figurations. Gens enchanted us with a cheeky ‘Prends garde!’ (Beware!), a bouncy and deceptively tricky ‘Où voulez-vous aller?’ (Where do you wish to go?) and a rapt ‘Sérénade’ whose rocking accompaniment anticipates the mood of Fauré’s ‘Dolly’ Suite, before moving on to two very early Debussy songs, neither immediately characteristic of him – indeed, ‘Nuits d’étoiles’ (Night of stars) is practically a café song – but both delightful and idiomatically Gallic.

A generous group of Poulenc settings, mostly of Guillaume Apollinaire, opened with the variegated fistful that the composer collectively (and disingenuously) named Banalités. There is certainly nothing run-of-the-mill about ‘Sanglots’ (Sobs), whose gravity contrasts markedly with ‘Hôtel’, a wittily listless hymn to tobacco, and with the trippingly fast ‘Fagnes de Wallonie’ (Hags of Wallonie) which comes so distinctively from the same pen as Les Biches. Gens and Drake invested them all, light and heavy alike, with vividness, artistry and affection. The inconsequential ‘Hyde Park’ was a mild disappointment after ‘Montparnasse’, which is surely Poulenc’s finest achievement as a mélodiste; however the lilting waltz-rhythms of the Anouilh setting ‘Les chemins de l’amour’ (The paths of love), a cabaret song in all but name, made the ideal conclusion to a recital that was good-hearted, varied and rewarding thanks to the performers’ musicianship and shared accomplishment – plus that essential je ne sais quoi.