Berg
Wozzeck – Opera in three Acts to a libretto by the composer after the play Woyzeck by Georg Büchner [concert performance; sung in German with English supertitles] 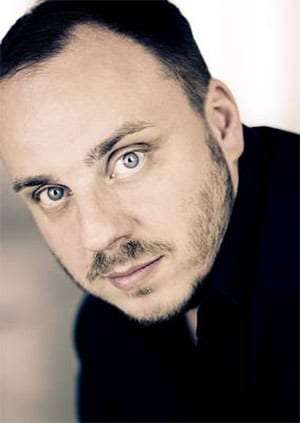 The focal point of Carnegie Hall’s three-week-long “Vienna: City of Dreams” festival is a series of seven concerts by the Vienna Philharmonic Orchestra, two involving its sister institution, the Vienna State Opera. This memorable Wozzeck, conducted by Franz Welser-Möst (substituting for the indisposed Daniele Gatti), featured Matthias Goerne in the title role and Evelyn Herlitzius as Marie, with the remaining roles sung by regulars from the Vienna State Opera roster. There were a few local performers: eight children from the Brooklyn Youth Chorus and, in the tavern band, New York musicians William Schimmel on accordion and Frederic Hand on guitar.

This was distinctly a concert performance of the opera. The singers were positioned on raised platforms on either side of the stage, each remaining at a fixed location, beneficial acoustically, helping them to be heard over the outsized orchestra, but it made interactions between the characters quite awkward – most notably in the opera’s second scene, in which Wozzeck and his fellow-soldier Andres (well sung by Thomas Ebenstein, replacing Norbert Ernst) converse from opposite sides of the stage, perhaps some 75 feet apart. Even in scenes involving roles whose portrayers were adjacently situated, any sense of connection between them was rather limited, owing to the lack of physical actions. Dramatic impact also was diminished by the absence of costumes and props, and – until the opera’s final moments – Wozzeck and Marie’s child.

There was still plenty of drama in the singing, however, and even more in the VPO’s spectacular playing. Welser-Möst attacked the score with boundless energy, its detail, pulsating rhythms and pungent harmonies coming through with clarity and precision. Welser-Möst carefully kept the entire ensemble in sync, actively cueing singers and players as Berg’s kaleidoscopic score shifted from dance suite to symphonic movements to a series of inventions. The VPO responded brilliantly. Especially potent were the huge crescendos following Marie’s murder. The overall result was a radiant and revelatory performance of this landmark work.

Goerne, who had been prevented by injury from taking the part at the MET in 2011, gave a powerful account of the confused, humiliated and ultimately mad antihero. Appropriately meek (but perhaps a bit under-voiced) in the opening scene with the Captain, Goerne carefully escalated the intensity of his contribution to track Wozzeck’s increasing instability. It was a rare treat to hear dramatic soprano Evelyn Herlitzius, who, although a frequent performer in opera houses and festivals across Europe, has seldom appeared in New York. She brought a wide gamut of emotions to Marie, including motherly love, despair, lust and religious devotion, and she projected impressively.

Herwig Pecoraro as the Captain and Wolfgang Bankl as the Doctor portrayed Wozzeck’s tormenters with a wry sense of humor as in turn they criticize and lecture him, and later together observe his demise with calm detachment. However, Herbert Lippert’s Drum Major, although capably sung, did not sufficiently suggest either the flamboyance that Marie finds so attractive or the brute force he uses to thrash Wozzeck in the barracks. This was where the absence of physical action was at its most problematic. Standing out elsewhere were Andreas Hörl as the First Apprentice, Monika Bohinec as Margret and Peter Jelosits as the Madman.