Mahler’s Ninth has long been considered his farewell Symphony, a backward look at life from a composer obsessed with death. A more enlightened viewpoint suggests Mahler’s obsession was really about life, and that in his final completed Symphony, he comes to terms with life’s many aspects. 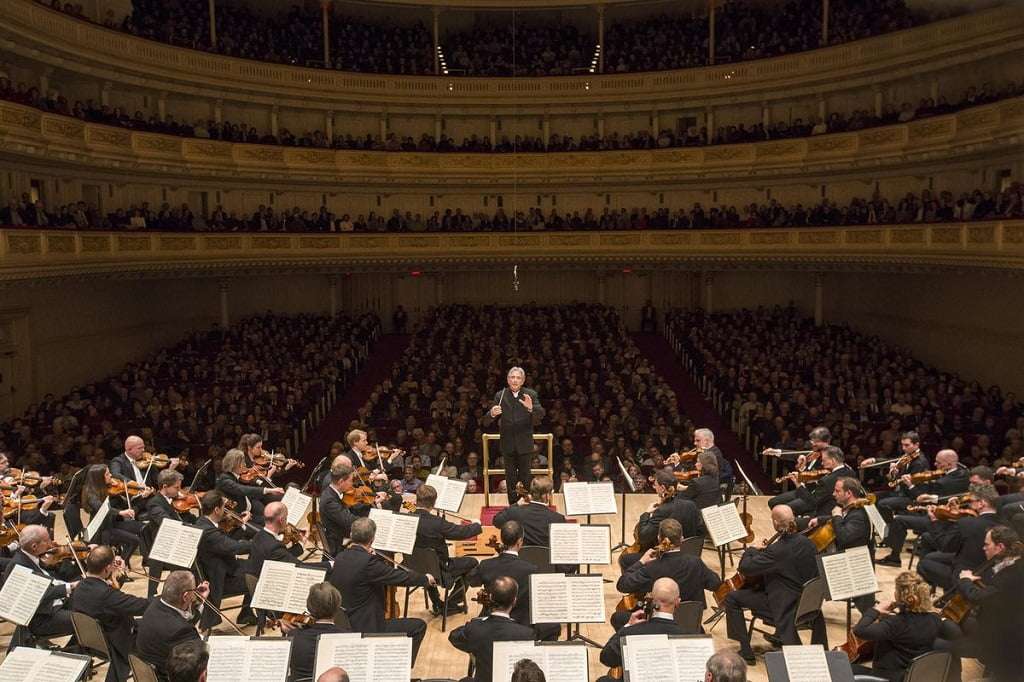 Michael Tilson Thomas focused on clarity of line and inner voices, sometimes at the expense of the work’s aesthetic core. The first movement lacked sufficient intensity and adequate power, too remote to elicit its more terrifying aspects. It is in this movement that Mahler presents the principal argument of the Symphony: the conflict between what is life-affirming (first subject) and what is life-destroying (second). In presenting that conflict, no punches should be pulled. Yet MTT’s treatment of the bittersweet first theme was matter-of-fact and inconsequential, while the dark, angular second lacked bite and fervor. Frequently Thomas motioned to the brass to quiet down, reinforcing his generally moderate approach. Before the massive outburst in low brass of the opening arrhythmic motif, Thomas stretched out the quotation from Das Lied von der Erde (“Du aber mensch”) for emphasis. But because it came in the midst of a rather meandering reading of the preceding passage, the quote was unduly self-indulgent. Little dramatic pathos emerged during the whole.

A rather jolly opening introduced the bumptious Ländler at the beginning of the second movement. But the contrasting waltz theme was only moderately spirited. MTT played down the humorous aspect of this confrontation, missing an opportunity to enhance the character of the two themes that frequently bump into or mimic each other. The spirited opening of the ‘Rondo-Burleske’ had promise, even if its vitality and dynamic thrust were too temperate. MTT downplayed the harsh, sometimes grotesque character of the first subject, allowing the brass to go limp at times, even as the strings played with fortitude. The “glimpse of the eternal” imagined in the middle section was merely soft. Sluggish at the start, the structured tempo increases that characterize the close sounded too formal to generate what should give the impression of a maniacal whirlwind.

The slow Finale was something quite different. MTT’s masterful reading imbued the music with fervent pathos without wallowing in its quasi-religious passion. From the prayer-like opening to the sustained serenity of the closing, the essence of this deeply profound music was elicited. During the extensive build-up to the climax, MTT gradually increased the tension virtually to breaking point, the VP strings revealing more genuine emotion than they had anywhere else in the performance. MTT approached this movement not as a death-ridden expression of despair but as an affirmative statement of life’s value imparted as its last moments gradually fade away.

The VP occasionally sounded somewhat strained during the first three movements, surprising lapses interceding more frequently than one would expect. The violins usual sheen was rather tarnished during powerful segments. Overall, the orchestra did not project that refined sense of sectional blending which is one of its most impressive character traits. But whatever flaws may have marred the first three movements, they faded during the engaging Finale.