Vivaldi
Orlando Furioso – an opera in three acts to a libretto by Grazio Braccioli based on the poem of the same name by Ariosto [concert performance; sung in Italian] 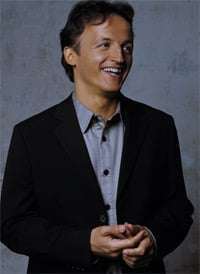 Handel is now established as worthy to rank with the great masters of opera of any era. Consequently the eighteenth-century before Gluck and Mozart can no longer be seen as an operatic desert populated only by the artificiality of the opera seria form and the hegemony of the castrati. Now the hunt is on for evidence of depth in both composers and operas. Graun and Hasse (very successful in Vienna and Dresden respectively) have seemingly been found wanting (have they really been tried?) but Vivaldi seems worth investigating: already admired as a composer of concertos and the self-proclaimed author of 94 operas. Perhaps he could expand the present monoculture of baroque opera.

That figure is itself highly dubious. Just over twenty works in score form are extant. Lindsay Kemp, writing in the programme for this concert performance, pointed out that Vivaldi had been “one of the first after Handel to benefit from increased numbers of recordings and staged performances”. That increase has not been very great and an opportunity was arguably missed to present one of the lesser-known operas: after all, “Orlando Furioso” is already familiar to the operatic public. Nevertheless, there was enough about the performance with these forces to make it a rewarding occasion.

The great problem with “Orlando Furioso” is the complexity which derives from Vivaldi’s decision to combine two narratives from Ariosto’s work. At least Handel had the good sense to divide the stories of Alcina and Orlando by devoting separate operas to them. The Overture offered great promise. The sound that Ensemble Matheus made had depth and transparency: the different layers of string sound could be clearly heard. There was a gritty pungency to the fast music but the players also scaled down their sound to a triple piano such as I have not heard from a ‘period’ ensemble at this venue.

The players did not simply accompany the arias; they found the appropriate style to fit the singer’s treatment. Orlando’s fury was always reflected in the orchestra, Angelica’s nobility likewise, and the single most important collaboration between singer and instrumentalist, Ruggiero’s aria ‘Sol da te, mio dolce amore’, was a triumph for Philippe Jaroussky and the flautist Alexis Kossenko. The latter’s intricate warbling combined memorably with the countertenor’s velvet tone and formidable breath-control. One notable feature was the periodic endorsement by conductor and orchestra of the events among the singing characters. Jean-Christophe Spinosi was the conduit between the two. He would often turn towards the singer with a beaming smile to acknowledge a particularly felicitous effect achieved. This was a truly ensemble performance. The players showed such joy in their work.

The scheduled cast for this concert included Jennifer Larmore as Alcina and Romina Basso as Medoro. They were both indisposed and were replaced respectively by Franziska Gottwald and Daniela Pini; both were therefore interlopers into the near-identical cast that has already recorded “Orlando Furioso” for Naive.

A voice even throughout its range, with a chocolaty timbre, Franziska Gottwald asserted vocal authority in the climbing sequences of her opening aria. Her treatment of Ruggiero, she made clear, was just a game for her. At the start of Act Two she toyed with the lovelorn Astolfo in what is really a comic aria, its repeated cries of “Mai, mai” punctuating the calculated exploitation of her sex appeal, the seductive glances, the teasing. By the end of the second Act, however, self-confidence had been replaced by regret at her failure to succeed in love. ‘Così potessi anch’io’ is quite a different aria from its predecessors: singer and orchestra were suitably restrained, even pathetic.

She was no less admirable in her aria in Act Three. In contrast to Angelica’s serene immobility, saintly resignation (and indeed formal evening gown), Marie-Christophe Lemieux gave us a no-holds-barred interpretation of Orlando. Initially her freaky exhibitionism was an accompaniment to a performance of the music which lacked nothing in accomplishment. One could take the physical contortions which she applied to her bravura aria ‘Nel profondo cieco mondo’ when the powerful chest notes were there to admire along with the thrilling tension at the top of her range and her negotiation of the difficult intervals at speed. In her second aria Lemieux moved onto a higher plane of extremism, throwing herself around the platform even before being tipped into insanity.

In contrast to the rest of the cast, most of whom were clothed in neutral black or grey, Orlando was flamboyantly costumed. In the desperate accompagnato which ends Act Two, in an orgy of self-pity at the loss of Medoro and not knowing which way to turn, she tore off a symbolic fur belt. She made a wildly camp entrance in her ‘Mad Scene’ in the final Act, treated us to a brief, Salome-style dance before sulkily seating herself. In all these passages Lemieux portrayed Orlando’s madness with a deal of ugly, crude, non-vocal sounds not even to be found in the verismo handbook. I was unconvinced of its place in an eighteenth-century opera.

Medoro was rather palely depicted dramatically by Daniela Pini, though the voice was solid and the florid technique sound. Lemieux’s decorations in the da capos of her fast arias, given that the printed music is already so daunting, amounted to gilding the lily. How much more satisfying were those which Pini devised for her gentle Andante aria ‘Qual candido fiero’ in the pastoral scene of Act Two: they truly enhanced the mood of the music.

The second couple paralleled the first, with the female the stronger. Jaroussky emphasised Ruggiero’s ingenuousness while giving a dazzling performance musically (and seeming to possess more power than the last time I heard him in the Barbican Hall). Kristina Hammarström stressed the enterprise of Bradamante and impressed in the virtuoso passagework of ‘Rompo i ceppi’; Astolfo’s two arias are dull affairs but they were given with conviction and plenty of resonant voice by Christian Benn.

Given that this is probably Vivaldi’s best opera, how does it place the composer in relation to Handel? Some distance behind, I would say, in terms of invention and originality. Time and again it is noticeable how Vivaldi over-uses suspensions in the vocal line to emphasise emotional trigger points, Handel is more subtle, more often than not inventing original musical effects to underline his meaning. If the aria with flute is the highpoint of Vivaldi’s opera, how much more often does Handel write arias with obbligato instruments? Nevertheless, this performance made as good a case as any for the operatic writing of the Italian master.