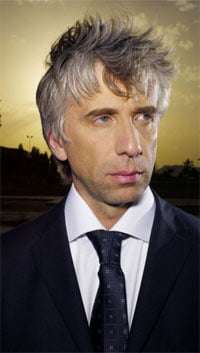 Handel’s operas are now more popular than at any time since they were first produced, featuring prominently in most seasons at major houses around the world. This welcome renaissance has prompted interest in other Baroque opera, and a good place to start for many has been a composer who is already a household name for his instrumental works, Antonio Vivaldi. A prolific but never first-rank operatic master, Vivaldi’s operas nevertheless burst with beauty and excitement, especially when performed by such a dynamic group as Il Giardino Armonico.

“Ottone in Villa” was Vivaldi’s first opera – the first of 94, if the composer himself is to be believed (he probably shouldn’t be; at any rate fewer than 30 survive). By 1713, the date of its composition, the fame of the “Red Priest” was already spreading widely throughout Europe on account of his first published set of concertos, the seminal “L’estro armonico”. But though well-established in Venice, it is possible that the city’s unrivalled opera heritage (forged and presided over by such towering figures as Monteverdi and Cavalli, both recently dead but still hugely venerated) had been acting as too daunting an obstacle to any operatic ambitions Vivaldi might have nursed.

His first attempt was thus ushered in with little ceremony in the more low-key city of Vicenza. “Ottone in Villa” is on a smaller scale than many of the grand operas of the time, in which lavish visual spectacle played such an important part. But, though relatively intimate, there is certainly no lack of musical invention or showmanship, and it was brought to life in this Barbican Hall concert performance with terrific aplomb by Giovanni Antonini and the trademark percussive vibrancy of his Italian musicians.

The standout highlight was the opera’s one true gem, a dramatic scena in Act Two featuring the echoingly mocking thoughts of one character, unheard by the main singer centre-stage, and shrouded in atmospheric swirls of solo violins and recorders (one of which was played from the podium by Antonini). It was sumptuously delivered by Russian soprano Julia Lezhneva, the pick of the exceptionally fine cast, who sweetly trilled and glided her way through, holding the audience’s gaze with rapt intensity. She seethed deliciously in her barnstorming vengeance aria at the end of Act One, which fizzed with rapid-fire coloratura and sky-high ornamentation.

The rest of the music was generally standard Baroque fare – stand-alone solo arias interspersed with continuo-accompanied recitative – but, this being Vivaldi, there was usually something special to admire. Also noteworthy was the tornado of brilliant coloratura alternating with tender reflection in an Act One aria for the Roman Emperor Ottone, played by rich-voiced, eye-rolling contralto Sonia Prina; Argentinean soprano Veronica Cangemi impressed with her full tone and engaging manner.

The complicated plot (the usual convoluted courtly intrigue) was made even more difficult to follow by the fact that, of the five principal roles, four were played by women, only two of which were actually female characters. To muddy the waters further, one of these was playing a woman disguised as a man. Confused? Of course, but it didn’t really matter. What counted was the emotion of the moment. Though they all sang from scores, the singers embodied their roles fully, communicating with great expression. Such passion more than made up for lack of tonal variety (though a dramatic bass aria or two would have been welcome; the poor tenor character, though well-sung by Topi Lehtipuu, got the most uninspiring numbers).

Despite its almost apologetic origins, “Ottone in Villa” proved successful enough to drum up commissions from Venice, which were soon rolling in. There is a wealth of Vivaldi opera out there to explore, which – if it were given performances as strong as this – is an exciting prospect.