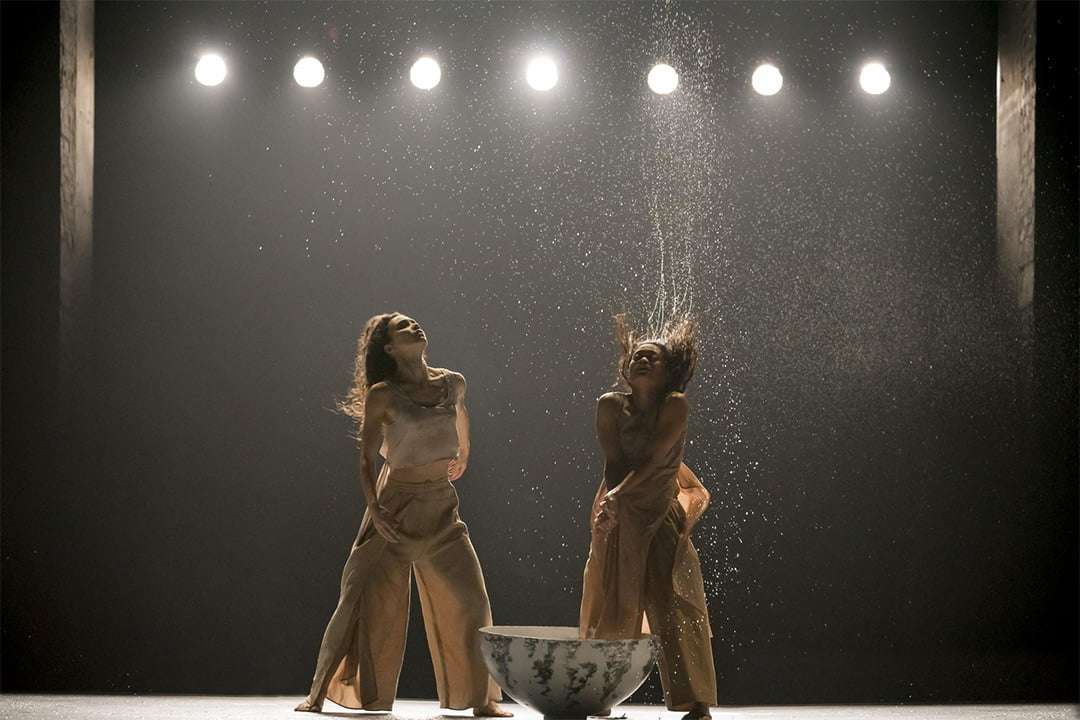 Viviana Durante has been a name in British dance for some time, for a long time as a much-loved artist at The Royal Ballet. In recent years, she has returned to the attention of the dance-going public with her recent appointment as Principal of the English National Ballet School and as a producer, bringing revivals/reconstructions of early Kenneth MacMillan works. A hastily cancelled run of his The Seven Deadly Sins at Wilton’s Music Hall last year seemed to indicate that all was not well, but then a tribute programme to one of modern dance’s great pioneers, Isadora Duncan, at the Barbican Theatre, has shown that she was back. It was a generally satisfying evening, with what felt like only an excerpt from Duncan’s 1911 Dance of the Furies alongside Frederick Ashton’s evocation of the great lady in the solo Five Brahms Waltzes in the Manner of Isadora Duncan before the interval and then a new commission, Unda, by Joy Alpuerto Ritter which, at 45 minutes, almost over-balanced the programme and was twenty over the advertised timing. The entire undertaking had a distinctly female but not feminist slant – a tribute to Duncan, her all-female legacy and current women artists working in dance – composer, lighting, set and costume designers, choreographer and dancers were all women – and that can only be welcomed.

To watch the excerpt from Dance of the Furies is a strange experience simply because one really has no idea how ‘authentic’ it all is. Stager Barbara Kane is steeped in the legacy and has gleaned what she can over the years from various ‘Isadorables’ around the world. Certainly, this version possesses the melodramatic feel of early twentieth century stage appearances (from what we can judge by testimony and film) and the Grecian setting of what appears to be a temple with a flaming bowl feels right. Set to Gluck’s music for the Dance of the Furies in Orfeo ed Euridice, played in a splendidly inauthentic recording by Toscanini, five barefoot dancers, prowl and gesture, leap and fall, witches or priestesses in full claw-fingered mode. The movement quality is heavy, limbs in motion seemingly encountering resistance, precisely the anti-ballet aesthetic required for Duncan, even if the dancers have more toned, distinctly contemporary bodies. 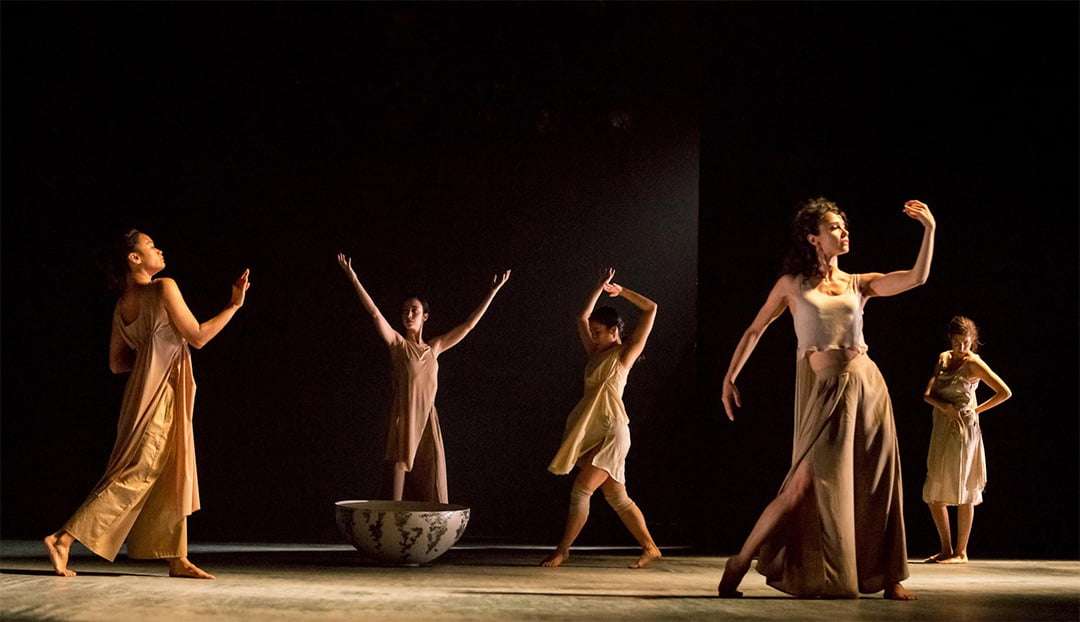 Ashton’s Five Brahms Waltzes is an evocation of Duncan and a paean to Lynn Seymour for whom they were first choreographed. They are a challenge for any dancer of today, so all credit to Begoña Cao, until recently a principal dancer with English National Ballet, for stepping into the role at short notice after Viviana Durante’s foot injury prevented her from appearing. Cao is a very balletic Duncan, although she became less so in the later dances, and possesses a farouche spontaneity which fits this delightful quintet of dance miniatures. Characterful piano playing from Anna Geniushene.

After the interval, a new work Unda from Joy Alpuerto Ritter, a stalwart of the Akram Khan Company, which revealed real choreographic talent and was strikingly set and lit to create a powerful, if overlong piece of dance. It is an intensely ‘female’ work, created and performed by women alone, which, while contemporary, offers echoes of Duncan and her movement style. Ritter’s style is broad indeed, with clear influences from Khan’s movement, not least in acute sensitivity to rhythm and counterpoint. Ritter artfully combines solo and group work, headlong rushes and moments of stasis, images and evocations which tumble one upon another. Underpinning it all, fine musical accompaniment, both recorded and live, from Lih Qun Wong who sits at the side if the stage with her cello and a microphone. Moods and atmospheres shift constantly, aided by some quite superb lighting effects from Fabiana Piccioli which alter the wide expanse of the Barbican Theatre stage, easily bringing focus in and back out. Unda is, however, too long with a number of false endings – it could easily have come to a close at any of these and would, by virtue of brevity been strengthened thereby, even if Ritter’s choreographic quality remains high throughout.