These days we’re used to encountering Britten’s Sinfonia da Requiem of 1940, but the religious allusions of its title failed to please its Japanese commissioners and rendered it (initially, at least) something of a failure. Its composer, however, scarcely composed anything else of quite such aggressive intensity – accentuated by Jurowski’s typically vigorous direction. The LPO’s response was unceasingly accomplished, from the mounting drama of the opening movement, to the stuttering brass fanfares of the ‘Dies irae’ and the surging string crescendo of the conclusion. And all the while, there was the delight of the composer’s utterly distinctive way with the orchestra, typified by a beautifully turned reminder of the eloquence of the saxophone. 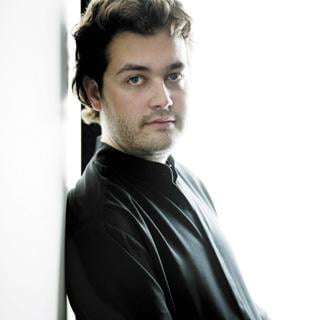 Beside it, William Walton’s orchestral style is a very different facet of British music. Where Britten’s is craggy and raw, Walton’s language is smoother, deriving its intensity from the warmth with which its expression is delivered. The Viola Concerto – completed in 1929 but overhauled in 1961 – but such feeling is tempered with regret and ultimate despondency. Were it not composed quite so long ago, it could have been tailor-made for Lawrence Power, whose way with it is outrageously communicative. In full flow, such as in the elegiac meanderings of the finale, his playing sang the music as though it were a text of crystal clarity, but this one won’t rank among the best of his many performances of the work. Some uncharacteristic scruffiness crept into the first two movements, made worse by the unnecessarily ferocious tempo adopted in the second movement. While there was much to enjoy, this was Power a little short of the peak of his insight and ability.

A real rarity to finish, orchestral extracts from Prokofiev’s operatic masterpiece, War and Peace. There must have been times when Prokofiev rued his 1930s’ return to the Soviet Union, which promised so much but delivered so little. Once World War II was done, Prokofiev found himself marginalised and criticised, and the climate of fear put paid to the full realisation of his grandest operatic project. Even now, the colossal work (albeit a whistle-stop tour of Tolstoy’s novel) is seldom heard, and this was a chance to sample the work without needing to invest the full 4-plus hours.

The commanding ‘Overture’ began this selection, followed by the gentility of Prokofiev’s portrait of Prince Andrei, his character sketched by a teasing flute line. A selection of dances (‘Polonaise’; ‘Valse’; ‘Mazurka’) perhaps proved too much of good things, but ‘Before the battle of Borodino’ and the concluding ‘Snowstorm, battle, Victory’ demonstrated Prokofiev at his descriptive best, and the whole thing – so thrillingly executed by orchestra and conductor – whetted the appetite for another chance (should it ever come) to hear the opera, complete and live.