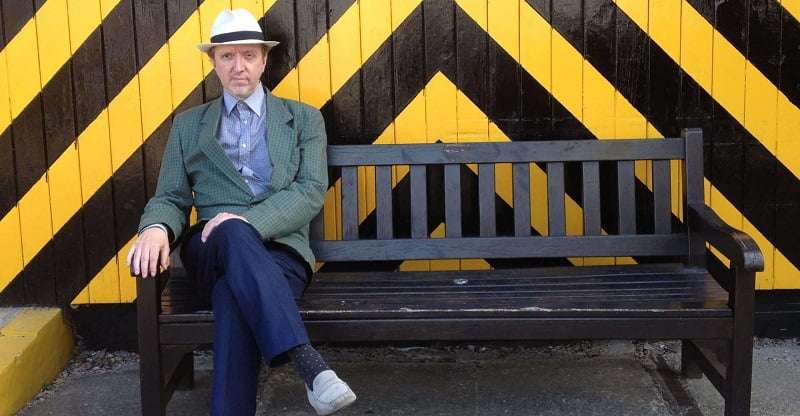 The Westminster Philharmonic is notably adventurous in its programming and large-scale music is widely featured; for example six Symphonies by Shostakovich and seven by Mahler are included in its repertoire. Certainly the WPO was fully capable of presenting the concert premiere of David Hackbridge Johnson’s expansive Ninth Symphony, already recorded on Toccata Classics. It was obvious that there is the closest of rapport between the WPO and its long-serving conductor Jonathan Butcher. His admirably straightforward reading of Brahms’s Academic Festival Overture was free from subjective whims of phrasing or indulgent rubato. When Butcher sets a tempo he sticks to it. His conducting is positive, the beat is clear and throughout the concert a sense of secure rhythm was always evident. This is not a professional orchestra but there was accuracy and positive intonation. Although ensemble in the string section drifted occasionally, it was together by the very next downbeat.

Romanian-born British resident Florian Mitrea then gave an illuminating performance of Beethoven’s ‘Emperor’ Concerto, given a vivid reading with speeds a little swifter than usual. Mitrea presented his bold conception with exceptional clarity. There were running accompaniments in the left-hand of which I had hardly been aware before, perhaps the result of his sparing use of the sustaining pedal. The music drove forward with vigour and admirable consistency of pulse – it was good to hear the conductor hold the preparatory chords that introduce the cadenza-like passages strictly in tempo. Mitrea controlled the warm descent to the quiet close of the Adagio superbly – one awaited the sudden entry into the Finale with bated breath – Beethoven’s intention I am sure. Having arrived, it was driven forward firmly and excitingly; rhythmic accuracy a feature of the orchestral playing, an ideal support for Mitrea’s sense of purpose, and the horn section deserves praise for its accuracy.

Johnson’s Ninth Symphony was a welcome step towards rectifying the composer’s serious neglect. Johnson (born 1963) is very multi-talented and having described major talents his biography ends almost casually by saying that he “also” teaches violin, piano, singing and composition. In concerts he sings or plays violin, he sometimes works as a session musician and is well into the field of jazz.

We come now to the very large number of Johnson’s compositions. His Symphony No.9 dates from 2012 and it was very appropriate that Butcher should conduct it because when young, Johnson played in the violin section of an orchestra under Butcher’s direction. Commentators have given a wide range of composers that come to mind in comparison, but Symphony 9 sounds very English – it is not sonically like Vaughan Williams but its construction shows a similarity – Johnson’s harmonies are more advanced and the music of Robert Simpson comes to mind – the sense of driving progress from beginning to end is also similar to Simpson’s philosophy.

Those sceptical of today’s music will probably be delighted to know that it is possible to attribute a key to Johnson’s Symphony and C-sharp minor is a rarity among the genre but there are two English examples, both written in 1932; Arnold Bax and Havergal Brian are the composers. Johnson gives a very clear picture of No.9’s layout. The first movement is indeed in sonata form, although not as the Classical-period composers would have known it because Johnson adds theme after theme – a wild climax seems to herald the recapitulation but further ideas ensue before an even wilder climax eventually leads to a reference to the opening. The central Variation movement evolves into a Passacaglia. A Passacaglia is also used to end the Finale which starts with a long, exciting passage full of powerful scoring with bold statements from the brass, the WPO’s section excelling. The three extensive movements have a sense of unity and with an end goal in sight: an arresting way to create a Symphony and perhaps the presentation of this colourful work will herald greater recognition of Johnson’s music.

St John’s Waterloo is an admirable venue with a rich acoustic; and this lavishly orchestrated Symphony came across with immense power. The composer was present and must surely have been delighted with the skill of the Westminster Philharmonic. This is demanding music but under the positive direction of Jonathan Butcher the playing approached and often achieved that of professional standard.