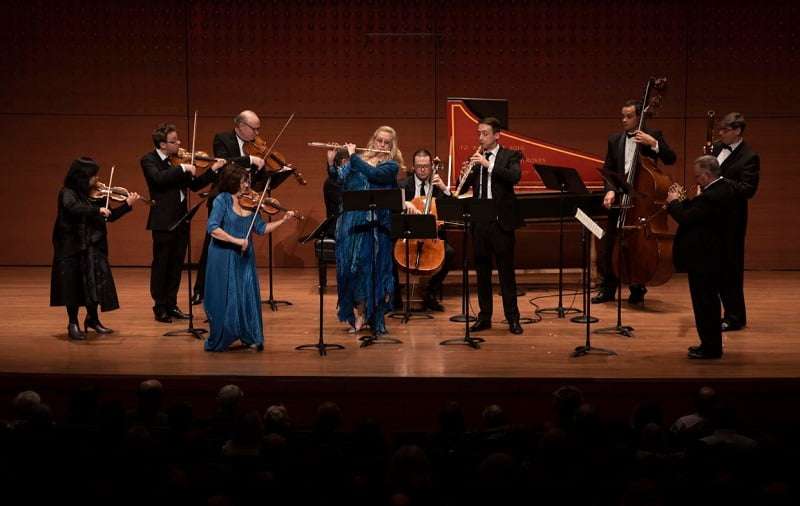 Since 1993 and each year since, the Chamber Music Society of Lincoln Center has performed J. S. Bach’s Brandenburg Concertos as a winter holiday tradition, keeping the performances remarkably fresh by introducing some new performers. At this, the first of three scheduled presentations for this season, nine of the musicians were new, and different players took the lead in five of the works. The resulting renditions were notably free and spirited.

Three newcomers took center-stage for the resplendent opener. The superb Alexander Sitkovetsky was the leader in the Fifth Concerto’s luxuriant solos, along with flutist Adam Walker and New York Philharmonic keyboard-player Paolo Bordignon, who provided fine support throughout and whose cadenza in this piece was wonderfully vigorous and virtuosic.

In Concerto 6, Paul Neubauer and Matthew Lipman conjured up magic on their violas as they deftly related Bach’s intricate episodes and phrases. Together with cellists Timothy Eddy and Mihai Marica and the cello-double bass-harpsichord continuo, they delivered the most impressive and rewarding performance of the six.

For much of Concerto 2, David Washburn’s spirited contribution on trumpet overpowered the other soloists, but in the melancholic curling lines of the Andante, Ani Kavafian, Tara Helen O’Connor and James Austin Smith displayed gorgeous subtleties of color and shaping.

Daniel Phillips led from memory an exuberant rendering of Concerto 1. The intertwining parts for horns were executed with élan by Stewart Rose and David Byrd-Marrow, while the trumpet-like oboe parts were vibrantly dispatched by Stephen Taylor, James Austin Smith and Randall Ellis. From time to time the audience delivered inter-movement applause; the heartiest came here, after the sparkling third movement, which some seemed to think was the end of the piece, but which was quickly followed by a captivating reading of the graceful Minuet-Trio-Polonaise.

O’Connor and Walker were a congenial, well-matched flute duo in the Fourth Concerto, for which Phillips traded-in his fiddle for impressively strong playing on the viola. Leading, Yura Lee delivered blazing solos and was at her most virtuosic in the concluding Presto. The Third Concerto kicked off at a blistering pace. Accompanied by the ever-present bass and harpsichordist, the trios of violins, violas and cellos offered a dance-like performance that brought the evening to a rousing and satisfying close.