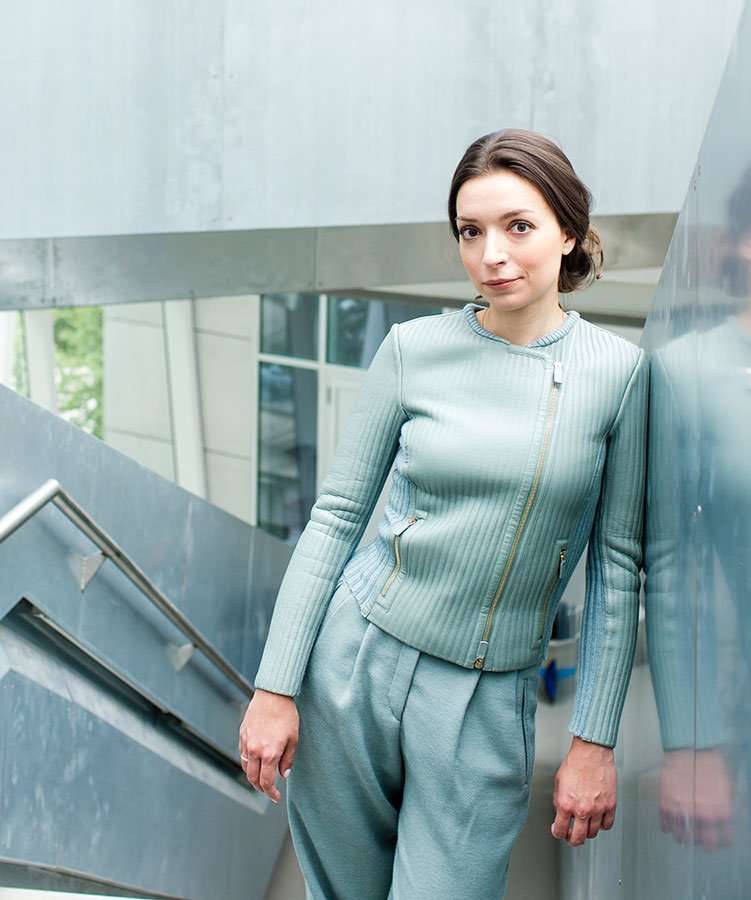 This was Yulianna Avdeeva’s fifth London recital since she won the 2010 Chopin Competition. The Russian artist was only the second woman to win it (Argerich was the first, in 1965), and she beat Daniel Trifonov, Lukas Geniusas and Ingolf Wunder, so she keeps good company. Her repertoire, ranging wide over the past nine years, has included rather than showcased Chopin, and that has raised questions about preferences and affinities. This in turn has hinted at a rather guarded musical personality that shrouds itself in formidable technical accomplishment. She has clearly been carefully and thoroughly taught and, whatever you might think of her type of engagement, her discernment and judgment operate at a very high level, and, with a very full and young audience in tow, she eventually pushed out into very deep waters – more of that later.

In the meantime, it was back to core repertoire for an exhaustive, hour-long survey of Chopin large and small, inward and outgoing. Resistance was futile to all the things Avdeeva does with weight, balance and grades of tonal refinement, all achieved by this elfin-chic, rather neutral figure whose relationship with the piano is a model of yogic focus. If she used her body weight – what there is of it – she did so only in extremis, so that her fortissimos were hardly ever percussive, and her varieties of touch and delicacy have to be heard to be believed.

The voicing of her Steinway helped, with a muted brightness to the top and a velvety bass that implied support rather than asserted it. Her pedalling is subtle and meticulous, although it sometimes unpicked the hierarchy Chopin wrote into his more complex textures, for example in the middle section of the Opus 44 Polonaise. Yet set against that the perfectly placed chords that ushered in the opening Nocturne, or the slightly differing ways she feathered in the decorations that drape the C-sharp minor Scherzo’s chorale thereby gathering in structural importance, or her discreet displacement of hands in slower, lyrical passages, and be very, very amazed.

The only misgiving – and it ‘s a big one – was that her aristocratic restraint and objectivity fell somewhere between Apollonian grace and a cool aloofness, with the result that the effect of the pieces merged into one, except for the mighty and melancholy Polonaise, in which she put fire before virtuosity.

Let’s hope that exception proves the rule. Following the interval, the spirit of song spread like a virus, first in Schumann’s Fantasy Pieces, Avdeeva adept at winding their faux-naïve mini-visions through her fingers with an affectionate, at times extravagant directness, which suited the pieces’ impulsive character very satisfactorily.

The Schumann was like a warm-up act for Schubert’s explicitly song-generated ‘Wanderer’ Fantasy, in which, for the first time for me, this already enviably complete pianist assumed greatness, in the most cogent yet spontaneous accounts I have heard in a very long time. From the swaggering, self-confident opening onwards, everything – the yin-and-yang transformations of the Lied-theme, the dips into misty romanticism, the hero-tune shaking itself back into action – fell into place. You could hear (and see) how absorbed she was, how much she was challenged as much technically as by its headlong sweep. Schubert was daring her to push herself further and further, and Avdeeva responded with magnificent generosity. Even her rather cultivated sound changed, to something more ‘orchestral’ and grand, and although she was equal to the virtuosity, those swirls of arpeggios just before the fugue came across, as they should, as supremely climactic and effortful.

Standing ovations are two-a-penny these days, but this one was genuine and seriously deserved. An encore, at the end of a long recital, was hardly necessary, but more Schubert, the F-minor Moment Musical (D780/3), let us down gently.