The mobile phone is the curse of the concert hall. Read on. 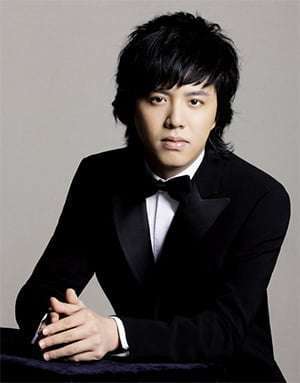 I can’t help feeling that Yundi is too sphinx-like for his own good. In the style of a living legend, the Chinese piano god’s courtly bearing and aristocratic reserve – overplayed for a 30-year-old – assume a gravitas that obfuscates rather than enlightens. Engagement hasn’t been a problem in the past. Yundi’s recital was on the back of his new Beethoven album, but he opened with Chopin, as though to get us in Beethoven-as-romantic mood. The Nocturnes were cool and elegant, the anchor of the left-hand accompaniments dragging effectively against some eloquent right-hand rubato. Even with the piano’s notably bright voicing, Yundi steered his sound into remote areas of retreat, while the strands of decoration had a forward, rather baroque clarity. Yundi’s approach wasn’t exactly warm, but his aloof sense of line and perspective cast their own coherent spell.

The Beethoven, though, was another matter, my main misgiving being that he applied an ersatz, one-size-suits-all angst to all three sonatas. In the first movement of the ‘Appassionata’, he opted for weighty deliberation that gave ample scope to contrast and colour, but which dissipated the drama. In the finale – and also those of the ‘Pathétique’ and the ‘Moonlight’ – speeds were brilliantly articulated and, where required and sometimes where not, very fast, but Beethoven’s oxygenating inflections of phrasing and twists of harmony weren’t deferred to. At the close of the ‘Appassionata’, the Presto coda is most successful if it sounds like an implosion, as though the music has nowhere to run except be consumed by its own energy. Yundi just didn’t get this, however steely and powerful his control.

The slow movement of the ‘Pathétique’ was poised – and prosaic, the over-projected accompaniment keeping too protective a grip on Beethoven’s simple, hymn-like melody, and the phrasing was dismayingly foursquare. In the first movement of the ‘Moonlight’, his slight emphasis on the first note of each triplet created too much solidity – this was moonlit water you could almost walk on – and the relentless fury of the finale turned Beethoven’s crafted, dynamic creation into only a virtuoso moto perpetuo display. The Beethoven you get from Yundi’s alleged rival Lang Lang may be over-personalised, but it does connect. With Yundi, I was never sure where his imagination was taking him.

Yundi fans were out in force, Chinese girls beside themselves with rapture, but not so beside themselves that they didn’t have time to erupt into a blizzard of twittering, of astonishing dexterity, even between movements – this despite Ian McKellen’s stern but exquisitely modulated recorded message about turning phones off “and we ask you not to take photographs”: distracting camera lights were popping off all over the place. The mobile phone is the curse of the concert hall. After Yundi’s encore, Zhang Zhao’s virtuoso Pi Huang (Peking Opera), there was a stampede to get out of the hall. Was there a fire? No, it was the ‘Yundimented’ flying out to get a place in the CD-signing queue.