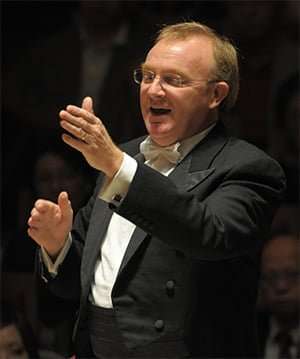 The BBC Symphony Orchestra’s cycle of Michael Tippett’s four symphonies continued in the company of a violin concerto by one of his foremost acknowledged inspirations and, before it, the London premiere of a recent work by a composer who, in his mid-twenties, is already well established as a clarinettist and could well prove to be a notable successor.

Premiered five years ago in Liverpool, A mirror-fragment… (2008) finds Mark Simpson drawing on the first poem in Melanie Challenger’s collection entitled Galatea – specifically the notion of tracking a person’s gaze as analogous to the emotional “journey of a life”. Simpson embodies this in a 12-minute piece whose aggressive, percussion-dominated opening gradually opens-out to reveal subtler and equivocal realms; notably the chorale which emerges through the texture prior to a sustained climax, then a retrospective coda that disperses the accumulated energies. Vividly rendered by the BBCSO, this is a striking (if not strikingly individual) work which augers well for Simpson’s future endeavours. 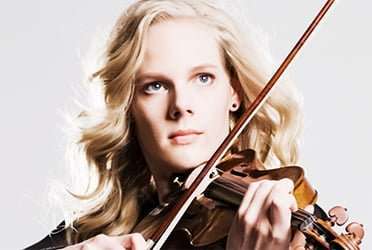 Perhaps the most arresting factor that comes to mind concerning Beethoven’s Violin Concerto (1806) is its singular nature. Demonstrably more inward yet also more symphonic than the Fourth and Fifth Piano Concertos which came either side of it, the combining of expansiveness and introspection may have put paid to its success during Beethoven’s lifetime but ensured its prominence thereafter. Simone Lamsma (replacing Nicola Benedetti) was fully alive to these facets as she projected the first movement’s imposing scale without losing momentum – not least those crucial junctures at the close of the development and reprise – while her handling of Fritz Kreisler’s cadenza renewed one’s appreciation of its formal and stylistic resourcefulness. Maybe the Larghetto did become momentarily becalmed towards the close, yet that only served to galvanise the transition into a finale that evinced no lack of robustness or, in its closing bars, whimsical humour. With Martyn Brabbins and the BBCSO steadfast in support, this was a memorable account which confirmed Lamsma (a graduate of the Royal Academy of Music in London) as a violinist of whom much can be expected.

Tippett’s Second Symphony (1957) is itself a work that arguably did not have its due over its first half-century – a victim not just of a premiere which summarily broke down thanks to the meddling of others (not, of course, Sir Adrian Boult), but also of its composer’s rapidly evolving idiom so that the piece seemed a world away from the vantage of its successor fifteen years on. Yet this is also music whose unfolding is never quite as it seems and Brabbins recognised this in a performance which, if it did not have quite the visceral impact that others (not least the late-lamented Colin Davis) have brought to it, still captured the opening movement’s ingenious interplay of Beethovenian formal dynamism and Stravinskian expressive detachment.

The Adagio is surely its composer’s most perfectly crafted such movement up until that time, and Brabbins responded both to the mood of profound rumination and the seamlessness with which its strikingly contrasted ideas are melded into an organic whole. The only passing reservation came with a scherzo whose underlying tempo was never quite ‘presto’ enough to secure the required impetus or, at the climax, a sense of release. Conversely, the finale was unusually successful in the way these outwardly disparate four sections came together in a ‘fantasia’, its closing pages bring the work unexpectedly yet inevitably full-circle: such inevitability enhanced by the eloquence of the BBC Symphony Orchestra’s playing. Oliver Knussen conducts this orchestra in this symphony during this year’s BBC Proms season.