Handel
Belshazzar – Oratorio to a libretto by Charles Jennens

Orchestra of the Age of Enlightenment
Sir Charles Mackerras 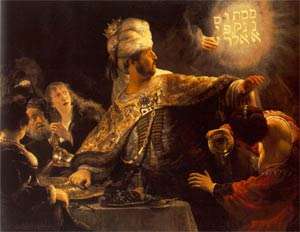 Written in 1744 – two years after “Messiah” – George Frideric Handel’s oratorio “Belshazzar” takes its story from the biblical account of the fall of Babylon at the hands of Cyrus as described in chapter five of the Book of Daniel. The eponymous character’s ‘father’ is often thought to be Nebuchadnezzar. The pivotal moment on which the drama turns in the story is the famous ‘writing on the wall’ sequence (Act Two, Scene Two) where a hand appears to Belshazzar during an extravagant party and writes its prophecy for the fall of Babylon. It is a supremely captivating moment in the oratorio, accompanied by solemn, hushed strings.

A packed Royal Albert Hall greeted the orchestra, choir and singers and most of all the “ever-youthful” 82-year-old Sir Charles Mackerras. A very experienced Handelian, Mackerras’s sense for the dramatic felt its way throughout the evening and this is what made it so successful: the music came alive. Some tempos were positively fierce: the ‘Martial Symphony’ and ‘Sinfonia Postillons’ were enlivening, trumpets and timpani to the fore. The strings were also stylish and rose to the challenges presented by the voluminous Hall.

The soloists were, on the whole, excellent. Iestyn Davies’s voice carried so well, every word captured beautifully and full of understanding; the prophet Daniel’s

appearances in the oratorio became something to look forward to: the lengthy Act One aria ‘O sacred oracles of truth…’ was appropriately naïve sounding, life not yet poisoned by bad experiences. Without much effort, it seemed, Davies’s luscious voice filled the Hall; a rare and great achievement.

Only the bass Robert Gleadow managed to reach the high standards that Davies set. Gobrias (a Babylonian but a supporter of Cyrus because Belshazzar had murdered his son) seeks revenge and this underlying blackness found ample expression in Gleadow’s penetrating, masculine voice. At the same time his distance from reality (a tortured soul) was phrased sublimely in his Act One aria, ‘Oppress’d with never ceasing grief…’.

As Belshazzar, Paul Groves never managed to get into the role. He was able to cope with Handel’s devilish coloratura writing but only at the end, in his final aria, was any sense of conviction present. Singing next to him as Nitocris (Belshazzar’s mother, who seems aware of the impermanence of empire) was Rosemary Joshua. Her influence on proceedings was maternal throughout as a guiding light; never a hint of strain and able to shift from calming tones to biting criticism, such as in her duet with Belshazzar ‘O dearer than my life, forbear! Profane not, O my son…’. 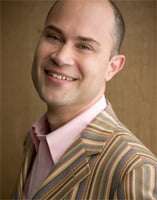 The other countertenor was Bejun Mehta, as Cyrus, the prince who leads the Persian and Medes armies in besieging Babylon. He lacked the very clear diction that Davies possesses, with a weightier voice than Davies’s, too, but his contributions gave the same sense of anticipation. One of Mehta’s contributions was a particular highlight, towards the end of the first scene of Act Two, Mehta negotiating ably the stratospheric notes with seeming ease, capturing the sense of joy that will accompany the victory of his armies on discovering all his opponents drunk: ‘Amazed to find the foe so near, when sleep and wine their senses drown…’. It was a magnificent moment and delivered without histrionics.

A first-rate Choir and Orchestra of the Enlightenment – never a wrong turn – made one realise that “Belshazzar” deserves as many outings as “Messiah” receives. After the failure of many of his Italian operas, Handel practically invented the oratorio and became a master of them: such works and their vivid stories are a treat and not to be missed.