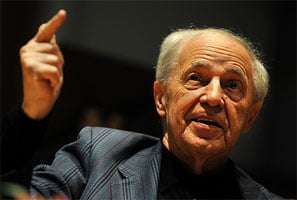 Janáček’s music is a comparatively recent absorption into Pierre Boulez’s repertoire (although he included Sinfonietta in New York back in the 1970s). As with everything he does, Boulez has thought carefully about his approach, and the result is, in many ways, revelatory and causes one to think afresh about the music.

Co-incidentally or otherwise, the three works presented came from the same year – 1926 – and towards the end of the composer’s life. Janáček died in 1928. One sensed, in Sinfonietta and “Glagolitic Mass” – both being recorded for Deutsche Grammophon (a patching session taking place immediately after the concert) – a certain elegiac quality, not always evident in other performances. The opening of Sinfonietta was a case in point. The noble brass music – superbly played – was not blasted out, but rather delivered with care and with an unusual degree of legato phrasing. The ‘maestoso’ passage in the first movement – and comparable ones elsewhere – were really quite moving instead of just being an opportunity for the brass to blaze. 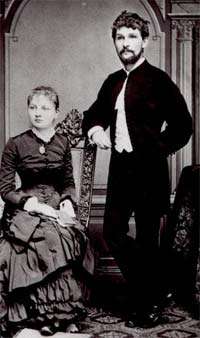 Elsewhere, Janáček’s use of extremes of register – high piccolo pitted against low trombones, for instance – was well attended to and scrupulously balanced. The quartet of trombones, very exposed throughout this work, played exceptionally well. Boulez’s overall tempos were a degree or so more measured than is often the case and as a result the work seemed more substantial and of greater consequence.

It was particularly satisfying to note that sudden tempo changes and rapid variations of texture seemed to make sense rather than appear as eccentricities on the part of the composer. I must note two textural oddities whose provenance I am uncertain about – an unmarked crescendo on the penultimate sustained chord, which also featured a roll on the bass drum, an instrument that does not appear elsewhere in the score.

If Janáček does have a reputation for quirkiness, then there is perhaps no better example of this than Capriccio, for piano (left-hand) and wind instruments, subtitled ‘Defiance’. The accompanying ensemble of two trumpets, a euphonium, three trombones and flute doubling piccolo is quite unique and – like much of Janáček’s music – not easy to balance. In this respect, this performance was exemplary.

The elusive qualities of the score make it difficult to ‘bring off’, but Jean-Efflam Bavouzet played the fiendish piano part quite brilliantly, even if his scruffy appearance and casual platform demeanour left something to be desired. Boulez was in musical accord and led the accompaniment with discretion. What was perhaps lacking, using the words of Julian Anderson’s programme note, was “a certain strain of cheeky humour”, though the piece as a whole certainly made an impression.

With Boulez choosing to perform the ‘original version’ of Janáček’s “Glagolitic Mass” as reconstructed by Paul Wingfield, we enter the potential minefield of which edition would have been approved of by the composer and, therefore, arguably, which is the ‘authorised’ version. It seems that Janáček did not either perform or hear his ‘original’ version. Revisions were made before the work’s first performance. Whether this was for practical considerations (three sets of timpani are used for only a few bars, for instance) or other, aesthetic, reasons is difficult to ascertain.

I can only say that, whilst it is inevitably of interest to hear a composer’s first thoughts, subsequent alterations are almost invariably for the good. In this instance, the revised “Glagolitic Mass” (the one most often performed) is preferable. Whilst there are quite a number of details which are different from the familiar edition, structurally there are a couple of places where Janáček made quite radical alterations to his first thoughts, the chief of which is the orchestral section preceding the ‘Raspet’ (crucified) section of the ‘Credo’ (more properly ‘Vĕruju’, using the Church Slavonic text Janáček elected to set). Three off-stage clarinets are deployed (in this performance, placed to the left of the platform) and, later, the three sets of timpani plus a rather mournful string melody ‘interrupt’ the organ that heralds the re-appearance of the chorus. Timpani and strings are eliminated in the revision, leaving a wild and stark solo organ to usher in the ‘Raspet’ ejaculations, which is much more dramatic and effective; ditto the tauter ending of the ‘Sanctus’ (Svet).

This ‘original’ version starts with the movement – ‘Intrada’ – one is used to hearing only at the work’s conclusion. Whether it is just because one has grown accustomed to this, I do prefer “Glagolitic Mass” to begin with the ‘Ùvod’ (Introduction), alternately heraldic and brooding. With the very opening of the ‘Intrada’, there was some unaccountably hesitant playing, though when the music returned at the end, it was delivered with bite and conviction. As with the performance of Sinfonietta, Boulez chose sometimes more spacious tempos than is customary, with a real sense of devotion to the choral phrases when required and a feeling of reflection, if not piety – though neither Boulez nor Janáček would like that particular term! 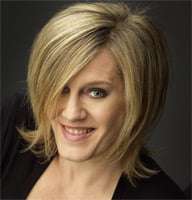 Elsewhere, there were collective surges of choral exultation, though there was a page or so of unstableness in the ‘Slava’ (Gloria), when sopranos and altos entered a bar early. The soloists had a varied time, too, from the point of view of absolute security of delivery. Jeanne-Michèle Charbonnet has an ample voice, rather Slavic in quality which does, one has to report, include an element of wide vibrato; not altogether unsuited to this music, though not enabling spot-on intonation to be guaranteed. The tenor part really needs a Heldentenor such as Jon Vickers to do it full justice. Simon O’Neill does not have this quality, but he was powerful and confident enough in his high-lying passages once he had settled down from delivering some initial phrases slightly out of kilter with the orchestra.

The mezzo and bass soloists have much less to do. Péter Fried was dark and authoritative, though he and his colleagues didn’t seem entirely comfortable with the rhythmic angularity of the ‘Agneče Bŏzij’ (Agnus Dei). From my seat I was disappointed with the impact of the organ; I understand that those in the Arena felt its presence more strongly. In any event, I would have preferred brighter registration; yet there was no denying Simon Preston’s virtuoso playing, especially in the extended solo – the penultimate movement.

Whatever incidental reservations there may have been, it was undeniably both gratifying and instructive to have Boulez’s view of this wonderful music.