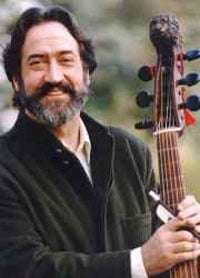 A real rarity on these shores, Jordi Savall made his Proms debut, with fellow Hespèrion XXI player Rolf Lislevand, with a perfect gem of a lunchtime recital that traversed not only 200 years but was also Europe-wide, though with a Spanish link through most of the pieces.

Both 16th-century Diego Ortiz and, from a century or so later (his dates are rather indeterminate), Gaspar Sanz were Spanish composers who spent time in Italy. Marin Marais took against Italy (or at least the Italian style), but was not averse to Spanish influence as the final, scheduled work in the recital proved, and for those who wanted some British influence, there was the extraordinary Tobias Hume, not only a composer (his “Captaine Humes Poeticall Musicke” of 1607 was the largest collection of solo viol music then published) but also a soldier, who had fought in both Sweden and Russia. 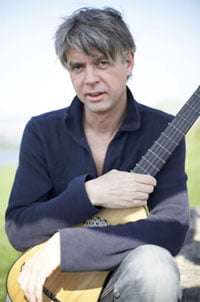 This time-travelling, wide-ranging programme was a triumph, ending as it had begun with the dance that could (as presenter Christopher Cook reminded us) be a danger to your sanity – the ‘Folia’. Both Ortiz’s and Marais’s distillation of it were rather stately, the Marais ‘Couplets’ alternating slow and fast dances without getting too out of control. Intriguingly, given the Spanish connecting thread, only Sanz’s guitar pieces had a distinctive Spanish feel, with a flamenco feel never very far away. Lislevand’s small guitar (somewhere between a modern acoustic guitar and a ukulele) here was contrasted with the multi-stringed theorbo with which he mostly accompanied Savall in the rest of the programme.

Savall’s own solo spot was in the works by Hume, which he had discovered in the British Museum in 1965. Most of Hume’s pieces have a military influence (Cook quoted Hume as saying that music was the only feminine facet of his character), and Savall took Hume at his word in all the effects – strumming, bowing, plucking – needed for these pieces, including the re-enactment of a whole battle (Savall speaking the title of each section), complete with col legno effects and what Cook claimed to be the first use of pizzicato.

Savall was playing a seven-stringed British bass viol, saying that the quality of the instruments made here predated French instruments by 100 years. As well as the centrepiece of three of Marais’s pieces for viol, there was an encore, a Breton set of Variations.

Although Cadogan Hall was perfect for this recital, is it too much to hope that Savall will be back at the Proms soon with Hespèrion XXI and La Cappella Reial de Catalyuna, if not Le Concert des Nations in the Royal Albert Hall, together with his wife Montserrat Figueras? I certainly hope so because music-making of this calibre is a joy to behold.