A most-stimulating Prom, that had as its curtain-raiser a first UK performance.

Elliott Carter’s Soundings was written in 2005 to mark Daniel Barenboim’s departure from the Chicago Symphony Orchestra music directorship, the composer then a mere 96 years young! Paying homage to the artist as pianist and conductor, the work here pitted Nicolas Hodges, front left of the stage, against Ilan Volkov and a symphony orchestra, ranging from the depths of contrabass clarinet and bass trombone to E flat clarinet and high register violins.

The lean string sound secured by Volkov ensured the ten-minute piece received the strongest possible projection, with Hodges interjecting forcefully in the concertante role at the beginning and the end. An atmospheric central section grouped high woodwind and xylophone against single, meaningful snare driven shots, given mf, with hidden menace. The piano, used sparingly, returned at the end with a brief commentary, a single note, to complete an absorbing work. 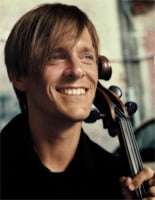 In Prokofiev’s Symphony-Concerto, a drastic reworking of his First Cello Concerto undertaken in consultation with Mstislav Rostropovich, Alban Gerhardt took on its many technical difficulties manfully; with the cello barely resting throughout nigh on forty minutes this is a work making extreme demands of stamina, tuning and concentration.

That Gerhardt met and relished these challenges meant he could focus on subtleties – a rapt, hymn-like theme lifting the spirits of the otherwise coarse middle scherzo, the longest movement, while the cellist found moments of real delicacy among the booming orchestral lower strings in the outer movements. The belligerent Andante, itself an imposing first movement, stepped on the gas a little too much when there was a chance to take breath, though this made more sense when Volkov found greater room for the closing statement of the movement. The conductor’s attention to detail showed through forthright lower strings, colourful woodwind asides and snappy brass, while Gerhardt’s cadenzas were spot on, the closing high register arpeggios a case in point – virtuosic, but tense, and not for the sole purpose of display. A fine performance. 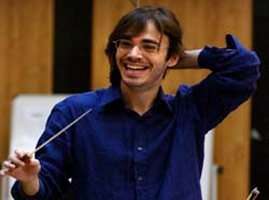 Respite came in the shape of Beethoven’s deceptively genial ‘Pastoral Symphony’, itself a tough nut to crack interpretatively. Throughout Volkov adopted fastish tempos, akin to being ‘historically performed’, so that the water ran quickly but clearly in ‘Scene by the brook’, a balletic approach in its light dancing and with rustlings in the violins complemented by a warm violas and cellos. The quick scherzo lost some definition in its first phrases, regaining detail in the crisp horn parts and strong woodwind solos that answered, though the surging lower register violin theme with which this part of the movement climaxes struggled to appear fully above its accompaniment.

These proved small quibbles, however, to what was in essence an admirable interpretation, and with a ‘Storm’ that caught the wind and rolling thunder – Gordon Rigby’s timpani especially effective with the distant rumble – and there followed a beautiful calm with the affability of the ‘Shepherd’s Song’, Volkov hushing his orchestra in the approach to a relaxed finish.