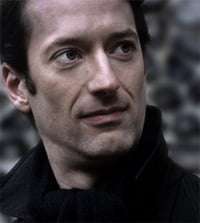 Llŷr Williams’s carefully constructed programme examined the Golden Age of the Baroque, as viewed through the eyes of three very different Romantic composers.

Brahms’s Variations and Fugue on Handel’s seemingly innocuous Theme represent one of his finest piano works. Williams played with painstaking attention to detail, his approach bearing fruit with an exceptional technical mastery and command of Brahms’s expressive intentions. In this there was a dash of humour – not a quality often associated with this composer – and in the softer, minor-key music a clear signpost towards his later style.

The Theme itself was given a very clean account, with Williams’s frequent use of the sustaining pedal helping the definition of each part. As the Variations progressed he introduced some nice touches of rubato and careful weighting of each phrase, the approach secure and highly articulate. The octaves of Variation IV were particularly strong, as they were in the approach to the Fugue, in which the complex counterpoint unfolded naturally. Not for Williams the virtuoso approach, for this was an interpretation that examined Brahms’s treatment of Handel’s Theme with a magnifying glass. As an encore Williams explored the relative stillness of the first Intermezzo from Brahms’s Opus 117 set, a contrast to the powerful climax with which the Fugue culminated.

Rather than plunge the Baroque directly, Mendelssohn’s Prelude and Fugue, the first of a set of six, became a homage to it, applying the composer’s maturing style to a traditional form usually heard on harpsichord or organ. Mendelssohn had known J. S. Bach’s keyboard music from a young age, and Williams caught some of that enthusiasm. However this was a more mannered performance than the Brahms would be, the phrasing of the Prelude’s melodic material rather disjointed and the Fugue somewhat staid. As the parts came together, however, Williams’s approach made more sense with the overall structure revealed.

We then took a look at Bach through the re-creative skills of Busoni in three Chorale Preludes that revealed the arranger’s ear for complex counterpoint. Williams handled the technical demands most impressively, for this is music that is much more difficult to perform than the ear allows for – and there was only the one slight slip as the arching melody of ‘Wachet auf’ made itself known. The florid right-hand passagework of ‘Nun freut euch’ was impressively secured but also beautifully shaped, the highly romanticised ‘Ich ruf zu dir’ also well phrased.