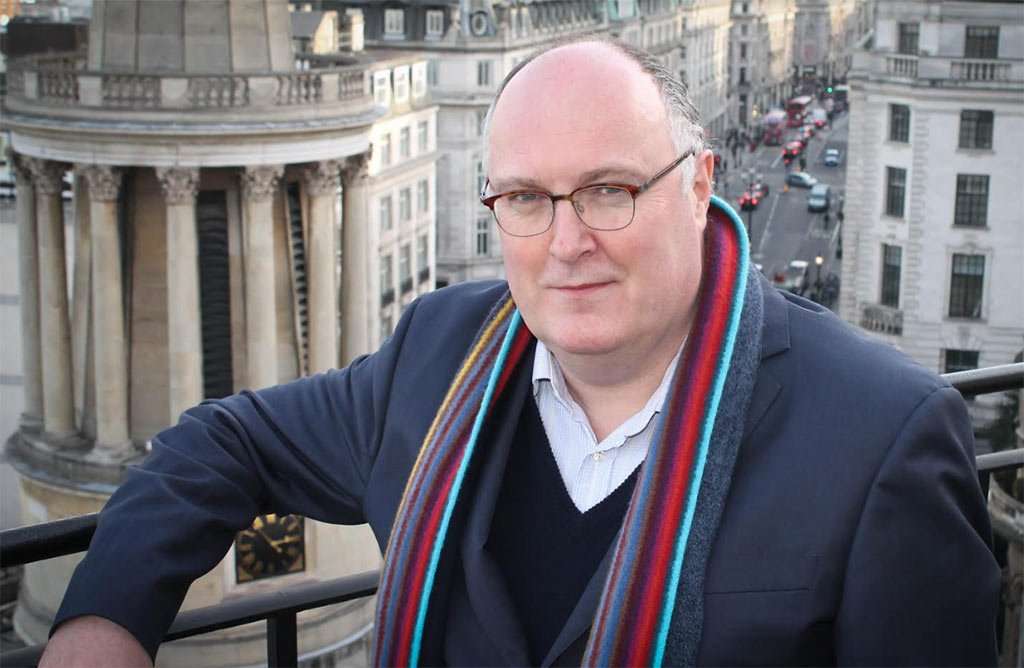 One of the many great things about the Proms is its audience, a mixture of different ages and backgrounds, with open minds ready to hear the familiar and the new, the complex, the serious and pieces with a lighter touch – performed by some of the greatest musicians in the World and broadcast to the World on Radio and TV, and available live and for thirty days on BBC Sounds.

We are celebrating many things this season – but behind it all lies the spirit of Sir Henry Wood, who has a 150th-birthday this year. Sir Henry used the Proms to introduce new pieces of music (or “novelties”) to his audiences which at the time may have seemed dazzlingly modern but are core parts of the repertoire – including Janáček’s Glagolitic Mass on the first night, to Sibelius’s Violin Concerto, Glazunov’s Fifth Symphony, Mahler 4 and Shostakovich 8.

This being the fiftieth anniversary of the Moon Landings we begin the Proms with a new work by Canadian composer Zosha Di Castri, followed by The Planets and a new piece by Anna Thorvaldsdottir about deep-space travel. Younger listeners will be invited on a musical trip to the Moon hosted partly by the Clangers in our CBeebies prom, and later on the band Public Service Broadcasting will recreate their album The Race for Space with the Multi-Story Orchestra.

Other treats this year include a focus on Berlioz, with his little performed opera Benvenuto Cellini and some new ‘Enigma’ variations by a variety of composers. John Wilson celebrates Warner Brothers Studios and we will be recreating the spirit of the BBC Radio 3 mixtapes with a special late-night Prom.

We are also recreating Sir Henry Wood’s ‘composer nights’ including programmes based around Wagner, Beethoven and Bach, and in our Cadogan Hall concerts we boldly venture to survey 800 years of classical music.

Sir Henry mixed classical music with new and popular music of the day. This year Radiohead guitarist Jonny Greenwood will perform in a late-night concert featuring his new work for violin and strings, and in a unique concert Jules Buckley and the Heritage Orchestra will explore music from the world of Break Dancing.

In the spirit of Sir Henry, there is something for everyone with a huge range of performers and performances for all to enjoy.

Twenty-five Proms will be televised, and all Proms will be broadcast on BBC Radio 3 in glorious and carefully captured HD sound. I do go on about this, but next time you are in the Hall look at the microphones that the BBC engineers have rigged in order to capture the sound in the best way. Uniquely for a radio station in this country, Radio 3 applies no compression in the production process, until the last moment when the signal leaves us, which you can hear online in super high quality 320kps sound. So what we give you is how it sounds – you are in a very good seat indeed.

This year we will be making twenty pieces available in binaural immersive sound online. All you need is a pair of headphones and you will hear pieces with a spatial dimension which really takes you into the venue.

Hearing what will be a superb performance of Messiaen’s Des canyons aux étoiles by the BBCSO and Sakari Oramo in this way will be thrilling, as will hearing Andris Nelsons’s Bruckner 8 with the Leipzig Gewandhaus Orchestra, or Haydn’s The Creation with the BBC Philharmonic and its new principal conductor Omer Meir Wellber.

Here’s to a fantastic eight weeks of music-making, that you can hear wherever you are. Hear old works, new works, familiar works, hear performances that might persuade you to look at pieces afresh. Listen, discover, engage and enjoy. Consider the beauty of Nature and the Earth and then look to the deep canyons of the stars. That’s the Proms, that’s the Radio 3 world, that’s the BBC and music. And that’s my life for the next eight weeks. Here we go…