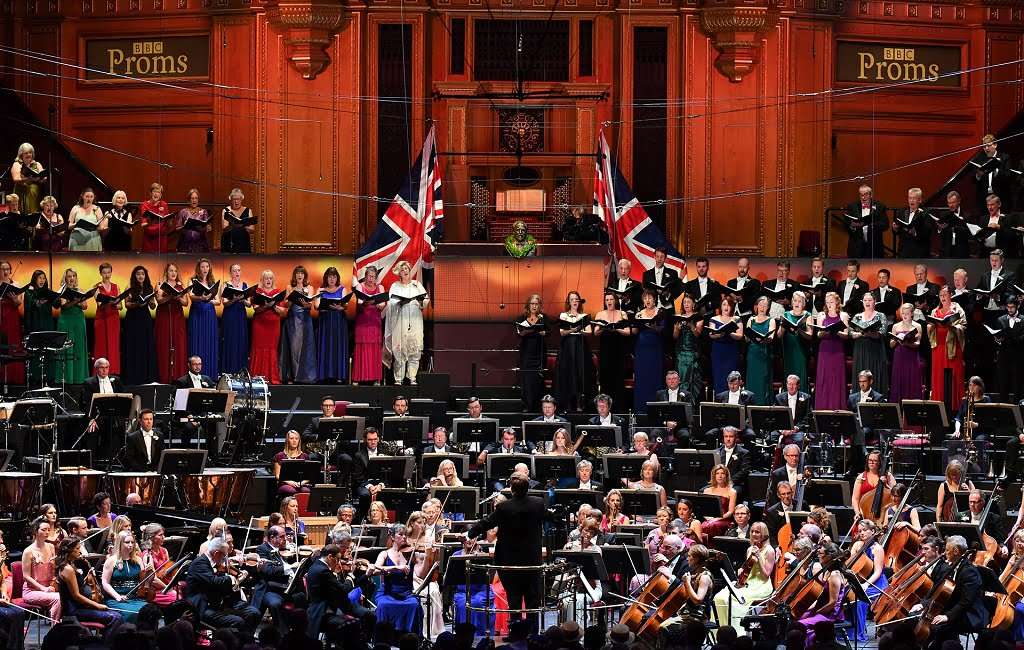 Anyone counting on programme information from the BBC Proms website might have been surprised that Roxanna Panufnik’s Songs of Darkness, Dreams of Light that was due to start the Last Night festivities sounded remarkably like Hindemith’s sparkling Overture to News of the Day. The switch was sensible as the BBCSO bristled along for a high-spirited start.

Panufnik said she was given a brief that the work should be for two independent choirs as well as orchestra with words to acknowledge the centenary of the end of the First World War but look optimistically to the future. As with much choral music that touches upon the subject, Panufnik sets Isaac Rosenberg, who died in April 1918. In the Underworld was written in 1914 and, although originally about unrequited love, Panufnik believes that it may be read as a “prophetic look at the next four years, with the sense that the women left at home cannot begin to comprehend the horrors their men face in the trenches.” The BBC Singers represented Rosenberg with from Ashkenazi Jews. Alongside the Rosenberg sits lines from The Prophet, written by Kahlil Gibran in 1923, softens the fears expressed by Rosenberg. This part, melismatic and approachable, was taken by the BBC Symphony Chorus. 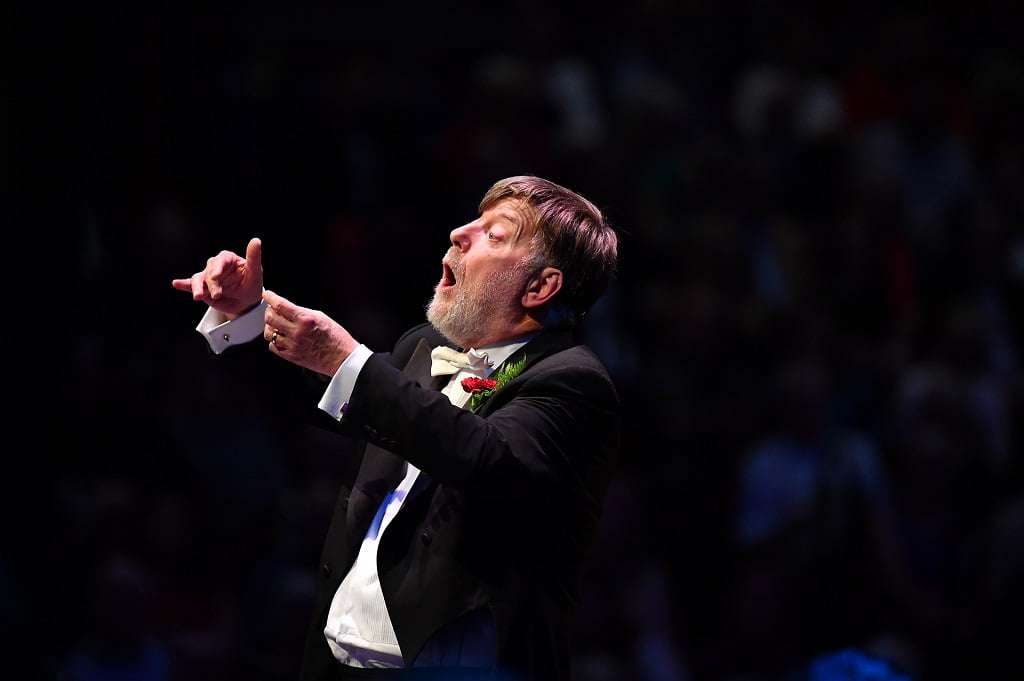 Berlioz’s ‘Fantasy on Shakespeare’s The Tempest’ (the final part of his six-movement Lélio, intended as a companion to Symphonie fantastique) was a well-judged bit of programming that utilises a chorus attractively. Then to Charles Villiers Stanford’s once-popular Songs of the Sea (1904); sensitively accompanied throughout by the BBCSO, Gerald Finley deftly took command even if the fast tempo of the final ‘The Old Superb’ meant that he and it parted company briefly at the start. Best of all was ‘Homeward Bound’ that oozed with longing for “the home of all our mortal dream”. The Blue Bird (a cappella) showcased the BBC Singers, and despite the solo soprano line being taken by three and making it far too loud, was given a sensitive and reflective rendition. To end the first half, Hubert Parry’s Blest Pair of Sirens (1887, setting Milton) was invigorating. 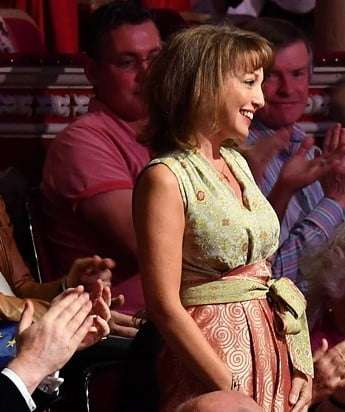 A rather pedestrian account of Saint-Saëns’s ‘Marche militaire française’ made way for Darius Milhaud’s delightful arrangement of his two-piano Scaramouche. Jess Gillam (who undoubtedly stole the show) was ably partnered by Andrew Davis and the BBCSO, a breathtaking performance at the start, sumptuously toned in the middle and a fiery ‘Brazileira’ to end. Then Finley returned for a snippet from Carousel, a passion-filled rendition. 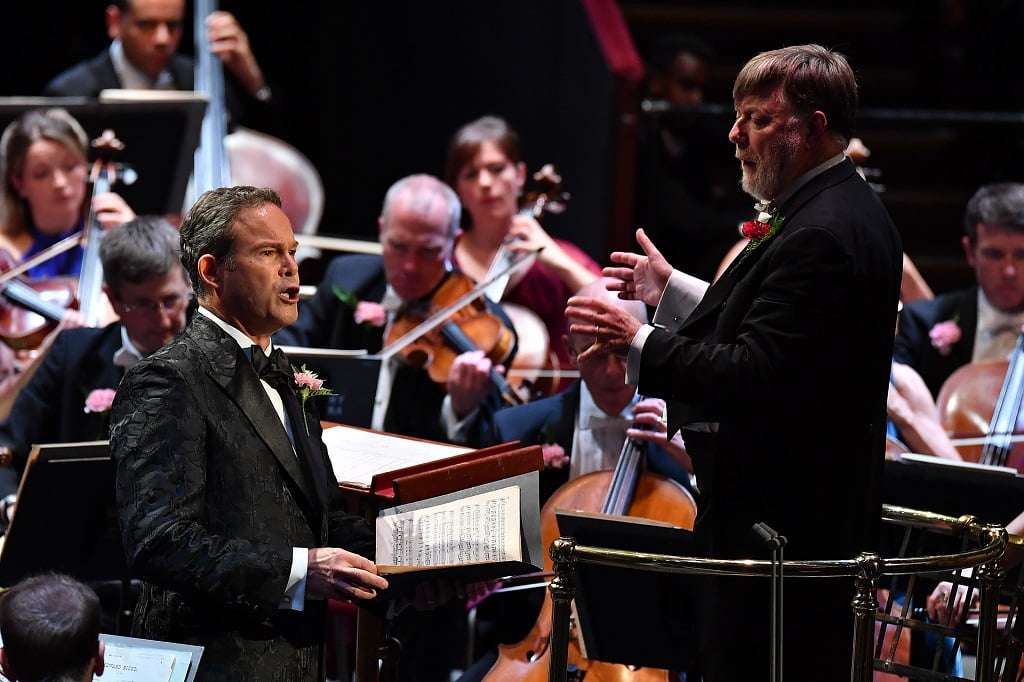 Lollipops followed with popular songs from the First World War – with audience participation and out-of-sync videos from the parks around the country (Belfast, Hyde Park, Glasgow and Colwyn Bay this year). The arrangements, by Anne Dudley, were interesting and stylistically worked well as a group (unlike the additional pieces that have hitherto been shoe-horned into Henry Wood’s Fantasia on British Sea-Songs); music remembering World War One has continued unabated since 2014 and I look forward to some new focus of musical attention.

Then the usual suspects, music written when Britons really did rule the waves, and the pro-EU supporters were out in force to provide flags and berets, which only serves to exacerbate the divided country that the UK has become since June 2016.

By contrast, Andrew Davis in his speech chose to emphasise the inclusive nature of music – joining together nations and religions. Finally, the National Anthem in Benjamin Britten’s beautiful arrangement, and less welcome was the unnecessary orchestral version of ‘Auld Lang Syne’: as Sir Andrew said, the audiences make the Proms what it is; surely therefore they should be allowed to have the final voice as they have done for many years.