The first of the BBC Proms Chamber Music lunchtime recitals for 2010 at Cadogan Hall acted as a celebration for the bicentenary of the birth of Robert Schumann, and more specifically marked his celebrated “year of song”, 1840.

Mark Padmore and Imogen Cooper, an increasingly regular team for Lieder, put Schumann into context with some well-chosen Schubert, inspired, as the tenor revealed, by Anthony Rolfe-Johnson’s contribution to Hyperion’s Schubert Edition. Two thoughtful songs from late in the composer’s output were bookended by the extrovert “Die Forelle” and “Die Sterne”. The former suffered where balance was concerned, Cooper’s full-bodied piano part muscling through Padmore’s softer tone, but the singer was airily poised. “Des Fishers Liebesglück” was the highlight, pensive and sorrowful but beautifully sung, with Cooper’s accompaniment now sensitively withdrawn. 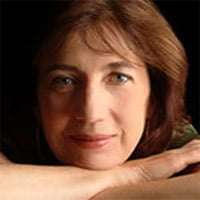 A perceptive interview with Padmore followed, the tenor introducing “Dichterliebe” with reference to the “bitter irony” of its poet, Heinrich Heine, and a modest appraisal of his own role in contrast to the piano, the latter “holding the emotional heart”. It seemed odd, then, to follow this with a performance of the finale of Schubert’s trio of impromptu-like pieces, published as D946, both music and interpretation seemingly out of context. Cooper took a while to settle into this, with a couple of wrong notes in the fast-passage runs of the main theme both at beginning and end, rescued by a nicely weighted modulation into the central slower music.

The performance of “Dichterliebe” was well worth the wait, however. Padmore’s initial approach was one of near-breathless rapture, particularly in the heady ‘Die Rose, die Lilie, die Taube, die Sonne’, but as the pangs of jealousy, regret and, ultimately, loss set-in, the mood darkened considerably. Nowhere was the tension more palpable than in ‘Ich hab’ im Traum geweinet’, singer and pianist both catching the insomnia of the subject, his dreams driving him to distraction against a nervy piano backdrop. The stern final march of ‘Die alten, bösen Lieder’ was truly tragic, though a faint hope could be discerned in Cooper’s wonderfully poised postlude section, rubato used generously but sensitively as the song and indeed the cycle hinted at a last shaft of light – until that too was extinguished with the final phrase.

As a ‘pick me up’, the pair offered another setting of Heine, but a gentler one this time, ‘Die Lotosblüme’, the seventh song from Schumann’s “Myrthen” collection, a vocal cousin to ‘Träumerei’ from his piano suite Kinderszenen. Padmore sang it with truly weightless tone.