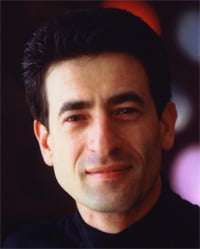 Established as recently as 1985 and conducted by Yakov Kreizberg since 2003, the Netherlands Philharmonic is Amsterdam’s ‘other’ orchestra, giving the majority of its orchestral concerts in the Concertgebouw. A well-blended body boasting some exceptionally fine wind players, it also functions as the orchestra of Netherlands Opera.

In 2005 Julia Fischer was appointed Artist-in-Residence and has recently recorded Brahms’s Violin Concerto and Double Concerto with the orchestra (for PentaTone); on this occasion her performance of the Violin Concerto was rightly accorded pride of place as the culmination of the programme.

Not too many people outside the Netherlands will know the name Johan Wagenaar (1862-1941) although, along with Alphons Diepenbrock, he enjoyed a certain vogue during the national revival at the end of the 19th-century and was also active as a teacher, numbering several composers including Alexander Voormolen and Willem Pijper amongst his pupils. Although an organist and choral conductor by training, Wagenaar clearly drank deeply from the well of Richard Strauss when it came to matters orchestral. His extended Overture, ‘Cyrano de Bergerac’, dates from 1905. It is more a tone poem in the manner of Strauss’s Don Juan (even down to an extended oboe solo), its very opening is similar in spirit to Elgar’s nearly contemporaneous In the South (Alassio). Under Kreizberg’s energetic direction we were able to savour the orchestra’s rich well-integrated strings and some sophisticated wind-playing.

Rather less satisfactory was Dvořák’s Sixth Symphony. Although there were some wonderful moments – notably a quite exceptional flute solo in the slow movement and an exuberant scherzo – in the outer movements Kreizberg’s fussy sub-division of the beat and his micro-management of every passing detail frequently got in the way of the music developing a natural momentum, occasionally unsettling ensemble and making for mannered results.

The first movement (minus the exposition repeat) was initially taken at a flowing tempo but with the arrival of the delectable second theme rather than simply easing the tempo slightly the brakes were slammed on, giving the feeling of two quite distinct tempos coexisting uncomfortably within the same movement. Similarly the unison string gesture with which the movement closes abruptly was dragged out and consequently the ending sagged. By contrast, the finale – its sotto voce main theme being strongly reminiscent of “On Ilkley Moor”! – was frequently bustled along, resulting in a lack of weight and rhythmic bite.

Nothing heard up to this point quite prepared us for the sheer splendour of the Brahms. Such was the intensity generated that one actually had the illusion of time miraculously suspended and at the concerto’s close it was exceedingly difficult to reconcile what we had just heard with its having lasted only some 42 minutes. Not often does one have the good fortune of living through quite so ‘complete’ an exploration of a concerto from all participants, soloist, orchestra and audience alike.

Whilst never drawing attention to herself Fischer had all the requisite power and charisma to hold centre-stage effortlessly in the concerto’s grander moments – Joachim’s first-movement cadenza was mesmerically beautiful – yet she and the orchestra’s winds also made perfectly calibrated chamber music in the Adagio, its opening paragraph for once much more than just an oboe solo. With intonation more or less secure throughout, Fischer managed to find a seldom-encountered variety of tone-colour and at the same time to make us aware of the work’s classical side. Seldom have certain solo passages sounded more Bachian.

Kreizberg and the orchestra proved the most solicitous of partners, avoiding any hint of the mannerisms that had marred the Dvořák. Tempos were cannily chosen and well sustained, non troppo in the opening movement and really getting to the heart of Brahms’s highly unusual marking for the finale – Allegro giocoso ma non troppo vivace – which succeeded in being all of these things at one and the same time. This was one of those all-too-rare occasions approximating perfection and, rightly, Fischer resisted the temptation to play an encore.