A Prom of unequal halves, in terms of duration at least. The 18 minutes of music in the first half made a distinctive impression even so, with Webern’s fastidious orchestral realisation of the six-part ‘Ricercar’ from Bach’s The Musical Offering given a lucid and assured reading by the Philharmonia. Christoph von Dohnányi has given several performances of this piece during his time as the orchestra’s Principal Conductor, and the relaxed but never unmotivated intent with which it unfolded confirmed his identity with its kaleidoscopic contrasts of timbre and texture on the way to the thoughtful rhetoric of the final bars. 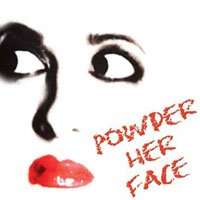 A rhetoric that found its unlikely foil in the ‘three-piece suite’ recently arranged from Thomas Adès’s first opera “Powder Her Face”. Thus the ‘Overture’, vividly (and viciously) hinting at uproarious events to come; the ‘Waltz’ (drawn from the opera’s third scene), in which the Duchess’s ‘arrival’ (in all senses) and the Waitress’s yearning are tellingly fused; and the ‘Finale’, with the Duchess’s downfall picked over in a tango of grimly sardonic humour. The music has transferred well onto an orchestral canvas, to the extent that it serves as an appropriate calling-card for the opera itself. Performed with verve by the forces that gave it its first outing at this year’s Aldeburgh Festival, with the composer conducting, it reaffirms the larger work as among the very few masterpieces of English-language opera from the past quarter-century.

Earlier on, Adès had been the subject of a “Composer Portrait”, in which his skill at transcriptionwas variously displayed. Thus the ruminative yet insightful arrangement of Couperin’s Les baricades mistérieuses was complemented by one that turned the Madness hit “Cardiac Arrest” into a suitably reckless ensemble workout. Rather more levity was evinced by the ‘Court Studies’ from Adès’s second opera “The Tempest” – six of the solo numbers having been reworked for clarinet, violin, cello and piano, in a non-chronological sequence that makes for a satisfying formal and expressive follow-through. Resourceful in its interplay of timbres, the music was finely dispatched (as were the other two pieces here) by the RCM’s New Generation Ensemble under the capable guidance of Huw Watkins. 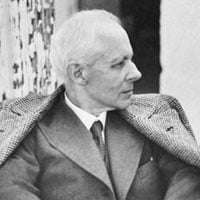 The second half of the Prom itself consisted of “Duke Bluebeard’s Castle” – Bartók’s only opera but a milestone in both his development and that of early twentieth-century opera, as well as being a stage-work ideally suited to concert performance. As such, it has become something of a Proms staple in recent years; above all, with the electrifying account given by Iván Fischer and the Budapest Festival Orchestra during the 1992 season. Anyone who was expecting a comparable degree of intensity would have been disappointed, which is not to say that what unfolded was necessarily a failure.

In particular, the Judith of Charlotte Hellekant ranks as one of the best sung and fervently projected assumptions of recent years – building in anticipation as what lies behind the seven doors is gradually revealed, and with a sense of the impetuous that increases sympathy for a character who too often comes across merely as hectoring. That Falk Struckmann’s Bluebeard was not in this league was less to do with vocal shortcomings – of which there were few – than with a sense that his balanced and realistic approach limited the authority of the role, not least when a greater implacability is called for in the fateful last stages. This is an opera whose intensity increases the more its ‘action’ becomes internalised, and Struckmann’s weary sense of inevitability seemed not quite sufficient in context.

Mátyás Sárközi delivered the Prologue without undue portentousness, and Dohnányi directed with a consistency that he has no doubt brought to the piece many times in the opera-house. Musical clarity and audibility, even in the expanse of the Albert Hall, largely compensated for any lack of dramatic projection. Those hearing the work for the first time should have been encouraged to probe further.