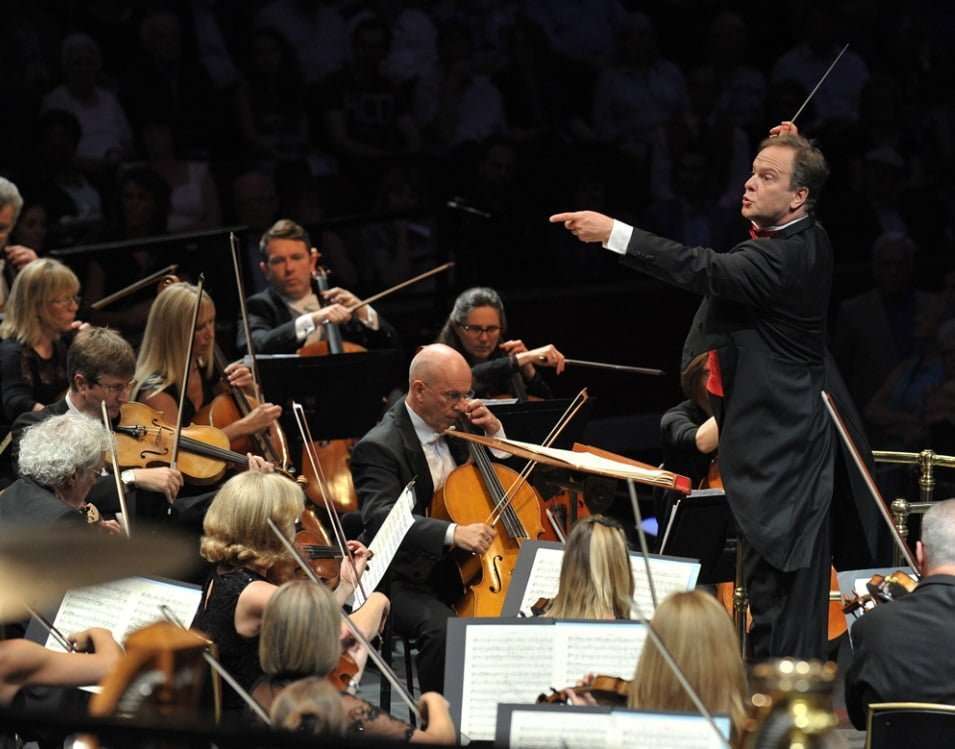 A superb mix of music launched BBC Proms 2015, including something new, something rare, and three masterpieces, one of which opened the concert.

The Overture to Carl Nielsen’s comic-opera Maskerade (completed in 1906) is five minutes of fizzing energy and witty genius, add to which a compassionate personality. Not surprisingly – given their cycle of Nielsen’s six great Symphonies was a highlight of the Season just finished – Sakari Oramo and the BBC Symphony Orchestra gave the Overture (written at the last moment in relation to the first night, ditto Mozart and Figaro) with panache as well as sympathy for Nielsen’s characteristic invention. This was a bubbly begyndelse (Danish!) to Proms 2015 and had the benefit of ear-catching nether-region attention to dynamics, a swaggering razzamatazz and unforced athleticism for the speeded-up coda.

The Proms and new music are inextricably linked – and long may that continue. Gary Carpenter’s BBC commission is inspired by the ambiguity of Max Ernst’s Dadaville, a sculpture that looks like a painting and is seemingly made of iron but the material is cork. Conversely does the music have a slow or fast predominance and should it be considered baroque in construction or linked more to the sort of jazz that conjures Stan Kenton’s name? 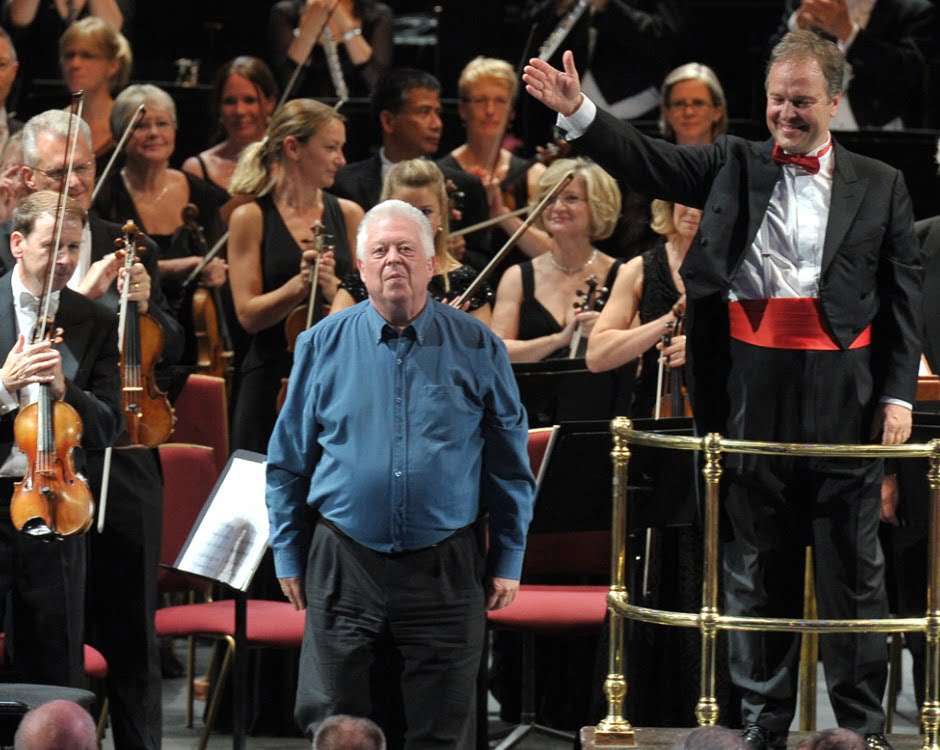 These questions came to mind following the premiere after which I read the composer’s programme note. Taking Dadaville as it reached the ears, the opening is mysterious and meditative – at first light (yes, a George Benjamin title) – giving way to bustling and gawky passages bristling with activity, the music jazzy if hard-edged (hence Kenton) – trombone and baritone sax given riffs, further contrast offered through a liquid centre for solo strings. Ambiguous or not, Dadaville (the music) has its macabre aspects and seems set on a mechanistic course culminating with a final – visual – flare-like flourish (outside of the Hall, television viewers had the advantage here). It may be (and this is meant as a compliment) that Dadaville is too compressed and there is a bigger piece trying to get out, but it worked enjoyably on the night and clearly has a life beyond Kensington. 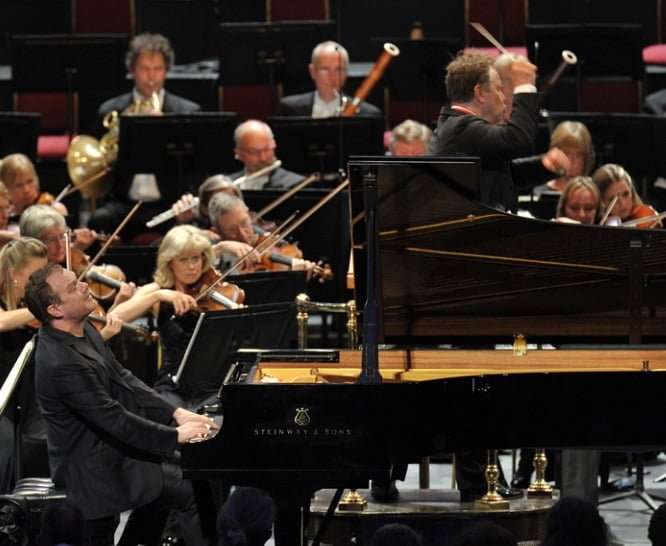 In Mozart’s D-minor Piano Concerto (K466), Lars Vogt was the probing soloist. He and Oramo found the score’s restless side, the orchestra from the off with a tempo a little fleeter than the norm (the first movement can sometimes seem too solemn). If Vogt was occasionally precious he was also teasing and mercurial, instinctive. An agreeable tension between piano and orchestra had been set up. Vogt supplied the outer-movement cadenzas, capricious certainly, but Beethoven’s are not under challenge. The ‘Romanza’ was simply stated and delicately spun, such subtlety undone by the disturbed mood of the middle section, the woodwinds’ starkness a special moment. The finale was given with urgency, Sturm und Drang sustained, woodwinds now garrulous as part of a fresh-faced view of this familiar Concerto.

Following the interval we dined at Belshazzar’s Feast, twice. Sibelius’s music for Belsazars gästabud, a play by his Finnish countryman Hjalmar Fredrik Eugen Procopé, is little known, even in Suite form, the orchestra small (strings with horns, a few woodwinds and enough percussion for four persons). If ‘Oriental Procession’ is off-the-peg, the middle ‘Solitude’ and ‘Nocturne’ (which Oramo made indivisible) were highlights – veiled, wistful, rapt, the Royal Albert Hall shrinking to the intimacy of its Wigmore counterpart, Norbert Blume’s viola, Susan Monks’s cello and Michael Cox’s flute reaching the ear gratefully. A shame then about one of those pathetic on-the-hour bleeps and someone’s ringing mobile intruding on such an elusive atmosphere. The final ‘Khadra’s Dance’ flitted gently with a fantastical aspect worthy of Rimsky-Korsakov, but throughout the four movements there was enough evidence to cite Sibelius as the composer. 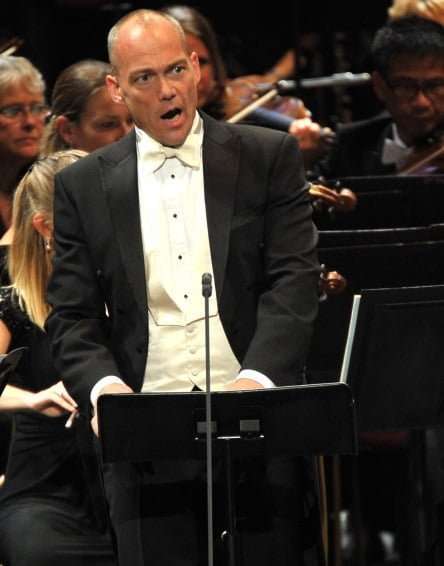 Another great composer, William Walton also found inspiration from Belshazzar, in his choral blockbuster (1931, with several revisions), and like so much that he wrote (either side of World War Two), a stupendous masterpiece, this cantata at the mid-point of a two-decade outpouring of magnitude that included Portsmouth Point, Façade, Viola Concerto (premiered by Hindemith), Symphony No.1, Violin Concerto (written for Heifetz), and Scapino (Chicago Symphony Orchestra).

In-keeping with a Proms first-night, Walton’s vivid version of Belshazzar’s Feast (to a text assembled by Osbert Sitwell) fitted the bill: a huge choir, organ, a couple of extra brass bands, plenty of percussion, saxophone, and a solo baritone singer. Not that Oramo used the piece to serve anything shallow or superficial. Indeed this was as musically considered an account as you could wish for, built naturally across the whole, lamenting giving way to triumphant splendour via one hell of a shindig. The men of the combined choruses certainly imposed Isaiah’s prophecy upon us, and SATB brought on lamenting and rage in equal measure. Later we definitely knew that Belshazzar the King was “Slain!”, given with an almighty unanimous crack, and also that “Alleluia!” was the most apt of final words to crown those hugely uplifting ultimate bars. 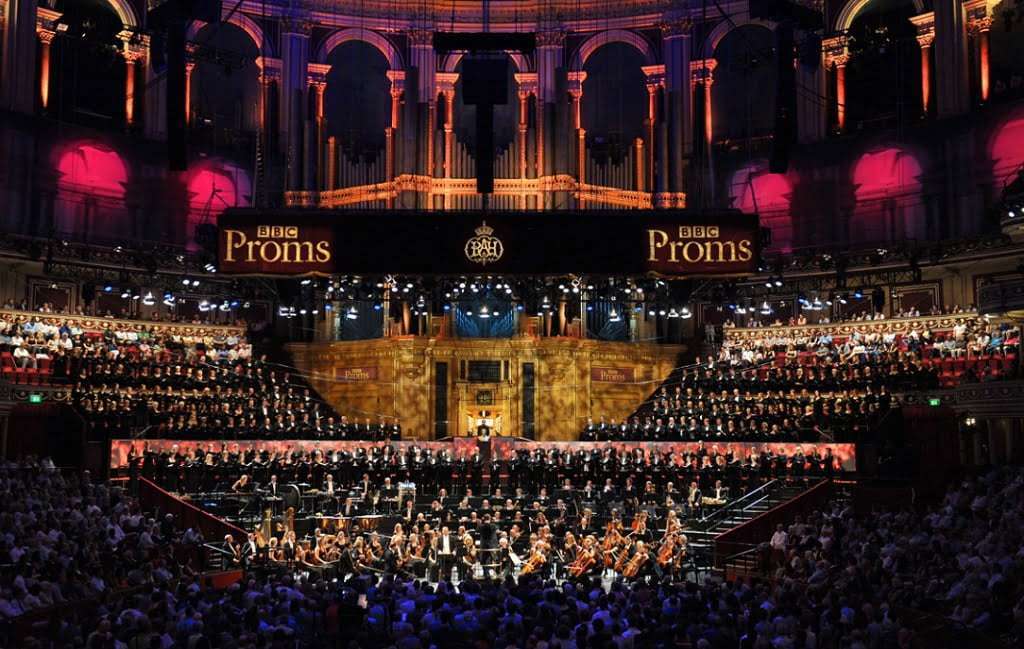 Christopher Maltman’s contribution was of operatic declamation tempered by the finesse of a Lieder singer, although he might he have found more glee in the ‘shopping list’ of Babylon’s merchandise, and more chill for “And the souls of men.”

Oramo’s success was that he didn’t rush the music, relishing detail and ensuring that it wasn’t all primary colour, balances judicious. The 9,999-pipe organ made a good growl, and the two brass bands, placed high and antiphonally, expanded the perspective. Yes, more paganism in the party itself wouldn’t have gone amiss, but there were lots of good things going on, and following the demise of Belshazzar, the time Oramo gave to syncopation, the wailing for a “fallen” Babylon and the final exultancy was a masterclass in knowing just where this music was going, and the Royal Albert Hall let it all happen without flinching.