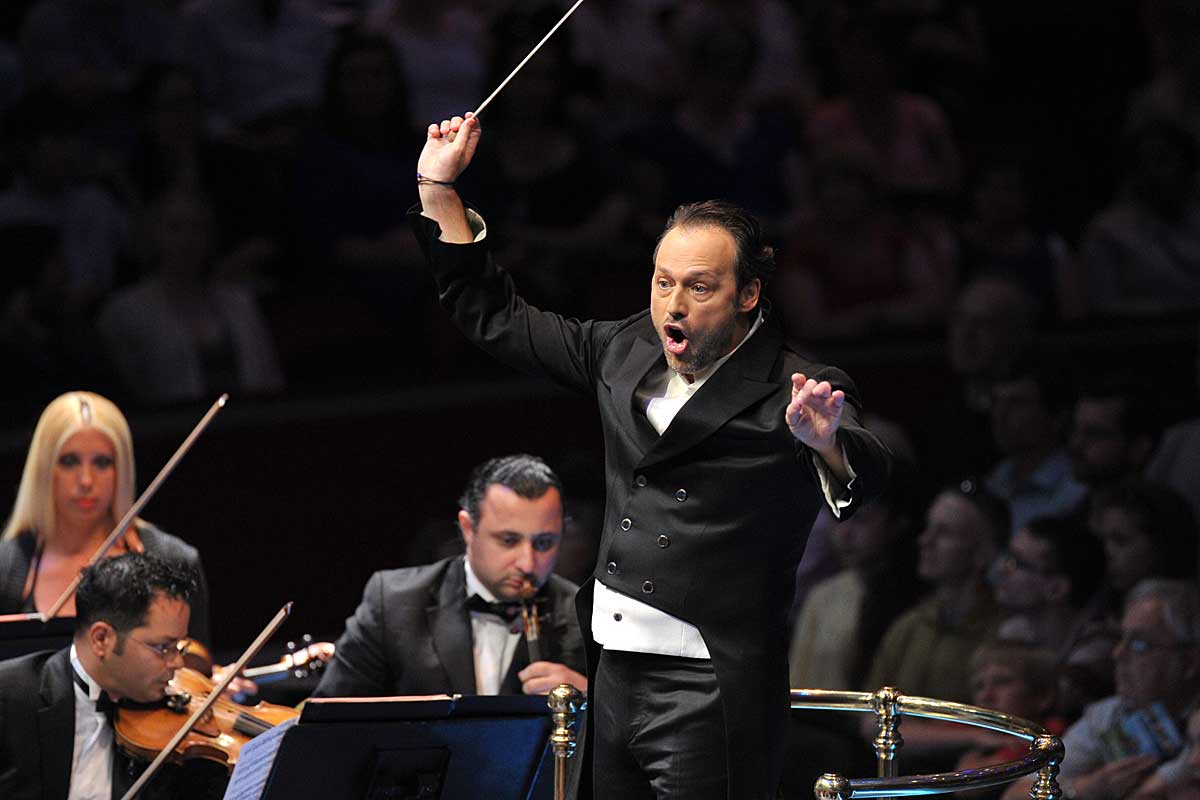 A Proms visit from Turkey’s leading orchestra might have been expected to focus on music with an Eastern or Oriental flavour and so it proved, though the centrepiece of this programme continued the First World War theme that runs throughout this season.

Over the past decade, Gabriel Prokofiev (the grandson of Sergei) has established himself not only as a classical composer but also in the field of electronica and as a DJ – his Nonclassical label covering all three bases as well as highlighting a number of similarly innovative artists and ensembles. Three years after his Concerto for Turntables and Orchestra was given at these concerts, his First (!) Violin Concerto received its first hearing. Moreover, the subtitle ‘1914’ makes explicit its inspiration in the conflict that had begun just over a century before.

Playing for 34 minutes, the four movements deploy sizeable forces to often virtuosic ends. The opening Andante is launched with a tenuous dialogue that makes way for a melange of march idioms, the soloist’s striving to be heard itself indicative of an ‘individual versus the mass’ concept that pervades the piece overall. This is intensified in the ensuing Maestoso, its accumulation of fanfares brutally curtailed by a pulsating orchestral onslaught through which the soloist feigns a wistful escapism. The Lento evinces some of the work’s most imaginative scoring, the soloist pursuing an eloquent discourse that is belatedly silenced by a seismic tutti. It remains for the final Allegro nauseato to restore a sense of balance through some luminous interplay between soloist and orchestra for all that the ending feels ominously inconclusive. 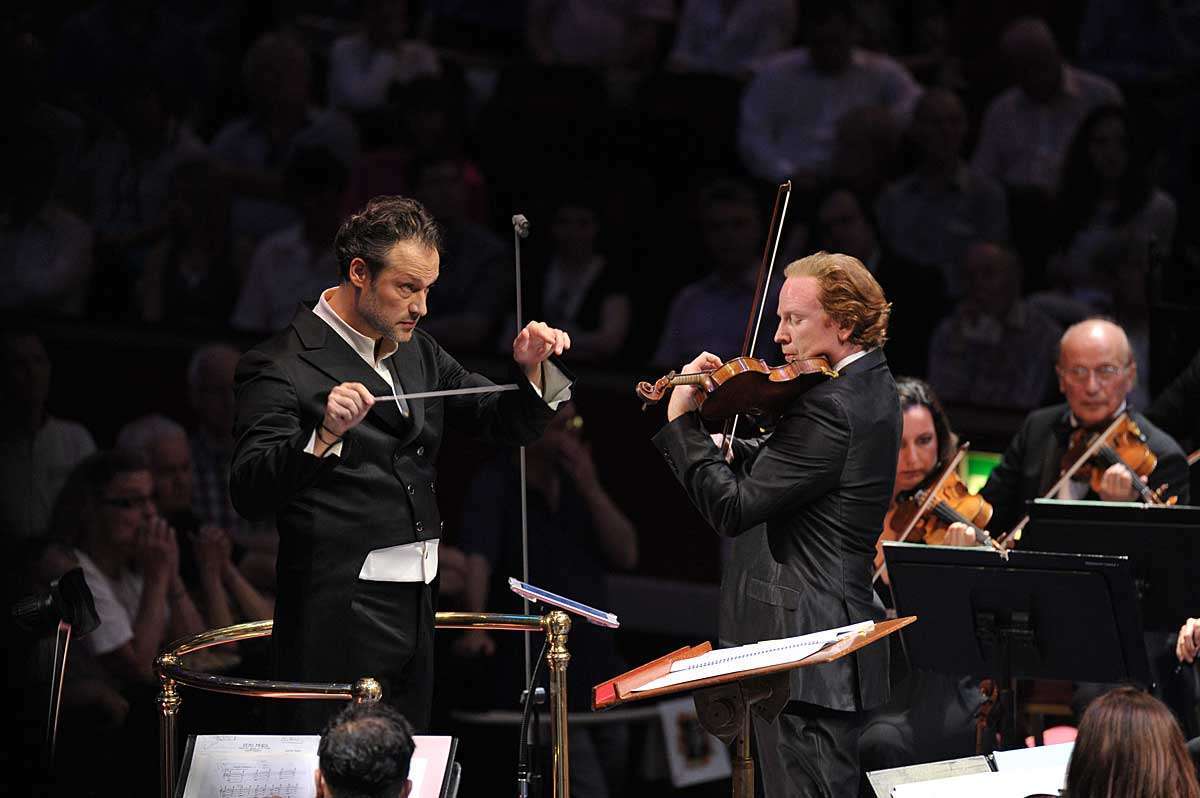 The Concerto was confidently rendered by Daniel Hope, his secure though relatively thin tone made more of the imbalance with the orchestra than might a more forcefully projected account of the solo part, while Sascha Goetzel encouraged his Borusan Istanbul players to delve into the often dense orchestral textures with their (over-?) abundant surface detail. Whether or not the piece is several minutes too long, the two pairs of movements might profitably have been amalgamated so as to secure a greater cumulative momentum across the work as a whole. That said, it would be churlish not to acknowledge the work’s ambition in having tackled so daunting a subject and very nearly pulling it off. Hopefully further performances will follow, with a little streamlining both of the orchestral writing and the formal trajectory accordingly.

What might reasonably be called a ‘packed programme’ had opened with Balakirev’s Islamey (1869) – the fearsome demands of its original piano incarnation toned down yet never diluted in the heady 1912 orchestration by Lyapunov. The Borusan players despatched it with relish, then provided a distinctive take on Holst’s Beni Mora (1910). One of the handful of pre-Planets works to gain an occasional hearing, its opening two dances unfold a decorous yet insinuating oriental pastiche (though in the wistful harmonies of the latter’s central section, the ethereal expression of ‘Venus’ is unerringly anticipated); but it is in the finale, with its evocation of Bedouin dancing girls via an incessantly repeated motif that evolves as a free chaconne to a powerful and menacing climax, that the composer’s originality is made plain. 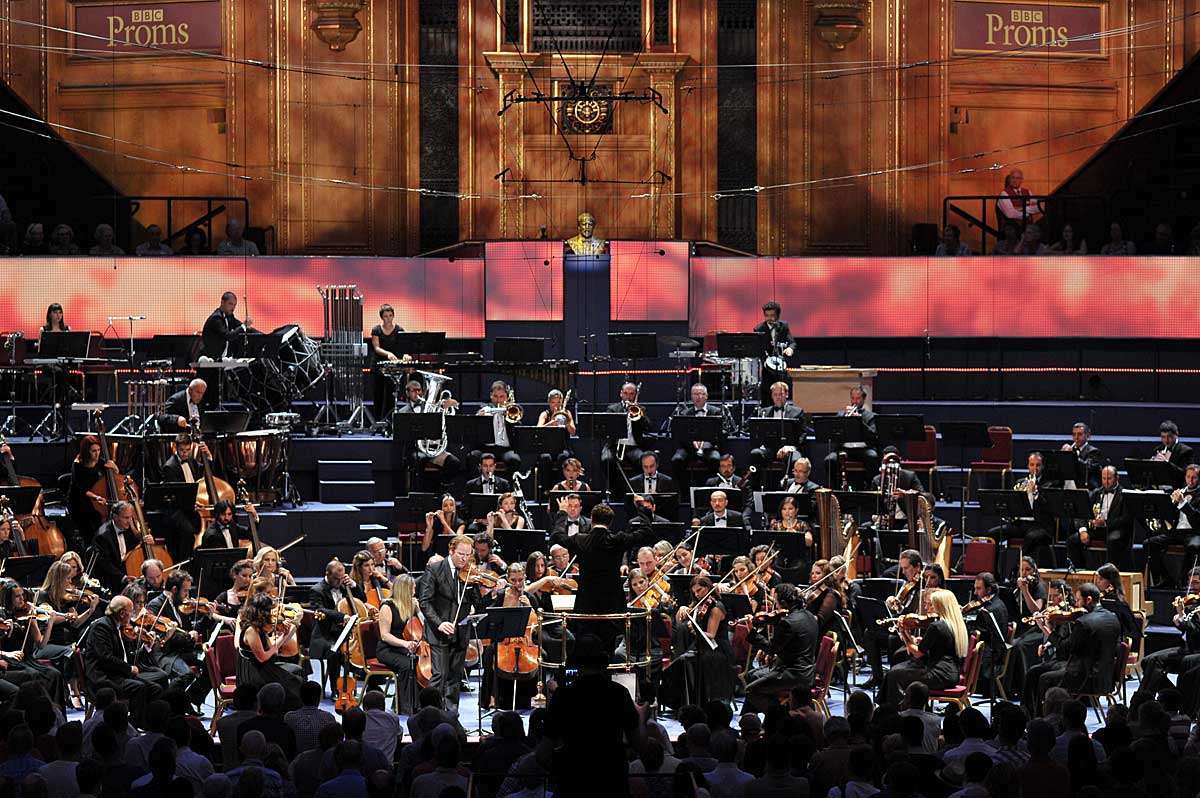 After the Overture to Mozart’s Die Entführung aus dem Serail (1782) had taken its alternately vigorous and ingratiating course (with not a little help from authentic Turkish percussionists), the second half featured two very different pieces as inspired by the Queen of Sheba. Handel’s once ubiquitous (not merely at the Proms) Arrival… (1748) was given in Beecham’s typically astute updating – a lively calling-card for reduced Borusan forces, though it is hard to imagine the redoubtable Sir Thomas setting this piece in motion only to retire to the rear of the stage.

No one would accuse Respighi of undue modesty in Belkis, Queen of Sheba (1931). This 80-minute ballet was a reckless attempt to emulate the Ballet Russes in its pre-war heyday, but sheer expense put paid to any further production after runs in Milan and Brno – the composer selecting four dances to make a Suite that, if its expressive indulgence outclasses even the more extrovert items from his Roman Triptych, is always effective in its theatricality. Thus the hazily rhapsodic unfolding of ‘Solomon’s Dream’, the rhythmic agility of ‘Warlike Dance’, the slowly enveloping melodic allure of ‘Belkis’s Dream at Dawn’, then the unbridled spectacle of ‘Orgiastic Dance’ as Solomon and Sheba are united in matrimony. Give a longer life-span, what could Respighi not have achieved within the realm of Hollywood film-scores?

This was an ideal vehicle for the Borusan Istanbul Philharmonic to demonstrate its corporate virtuosity, which it did with not a little bidding from its ever demonstrative conductor. Such enthusiasm spilled over into his closing remarks to the audience, after which he summoned his players to one last effort in the guise of Köçekçe by Ulvi Cemak Erkin – an engaging while hardly subtle travelogue through Turkish musical culture (East to West) that not unexpectedly brought the house down. Fifteen years after its founding, this orchestra is clearly going places of its own.